Toberman Reunion and the Challenge of Recovering Forgotten Memories 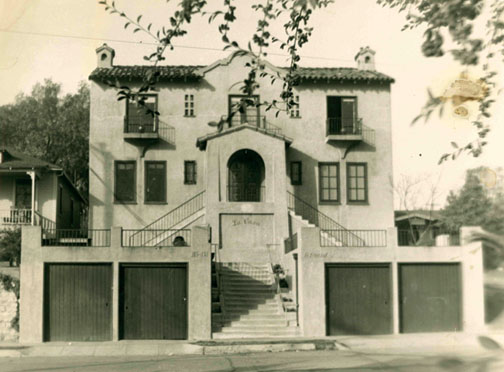 A year ago, Executive Director and CEO Linda Matlock told me that Toberman was planning a reunion of sorts.

It’s happening on Oct. 24. The event is intended to be both a fundraiser and an opportunity to celebrate the children who have matriculated through Toberman since the 1930s.

Matlock described the event back then as a legacy event. She organized a staff to search the archives for children who matriculated through Toberman since its relocation to San Pedro in 1937.

“We’re gathering information and we’re going to invite the alumni to this event.”

The result was a compilation of old photographs, official documents and newspaper clippings — much of it undated and without other identifying information. Little could be found about the volunteers, parents, and children who came through Toberman’s doors.

Newspaper clippings provide clues as to the kinds of programs it offered through different eras and highlighted specific events that further refined Toberman’s mission.

The kind of information Matlock and her staff really needed could only be gleaned from the memories of old volunteers, staff, and child participants.

Greene recalls going to Toberman with his siblings when he was about 10 years old. He most remembers the annual carnivals.

Gatlin and Garnichaud-Bowie remember Toberman as a place for young people to socialize at sponsored dances, summer camps and Toberman’s annual fundraising carnivals.

Gatlin has vivid recollections of his mother’s civic involvement with Toberman and other nonprofits in San Pedro. He noted she was even a member of the neighborhood council when it started in the early 2000s.

He said he drove her to the meetings during her first year. In hindsight, he said he should have joined himself that first year. He elected not to, believing he would be going back to Kuwait where he served as a waterfront consultant.

Gatlin began getting involved in the neighborhood councils a year later, following his mom’s footsteps.

Garnichaud-Bowie started going to Toberman when she was 14 because her circle of friends were going. Eventually she would become a regular volunteer, filling in wherever needed.

Garnichaud-Bowie fondly remembers volunteering at the annual carnival. One year she was asked to man the cotton candy booth. She recalled going home having to pull out cotton candy residue from the folds of her rolled up sleeves, hair and nostrils.

As tune passed, she was assigned more tasks with ever greater responsibility. She eventually became a Toberman camp counselor and taught part time at Toberman before she became a full time teacher.

She noted being surprised by the number of male executive directors of Toberman.

In Garnichaud-Bowie’s recollection, Toberman seemed to always be headed by strong Methodist women. One director was responsible for the recommendation that helped her get her teaching credential and her life career in education.

Matlock knows a great deal of the history of Toberman’s and the Methodist Church.

In fact, the Methodist Church as a denomination has supported Toberman both financially and with volunteer hours. Matlock pointed out a list of volunteers and faithbased partners filled overwhelmingly with Methodist churches throughout the Harbor Area and beyond.

“It is a fascinating history,” Matlock said. “When it was formed in Los Angeles to help women who were single, orphans, people who needed medical help, all of this was the beginning of social work in California. And it still is what we do here.”

Matlock had hoped to turn the event and the resultant research into a documentary to show just exactly what this 100-year organization has been doing all of these years. But one thing that became abundantly clear after talking to a few Toberman alumnus is that love of town and civic duty was a common characteristic whether these children grew up to be rich and famous or not.