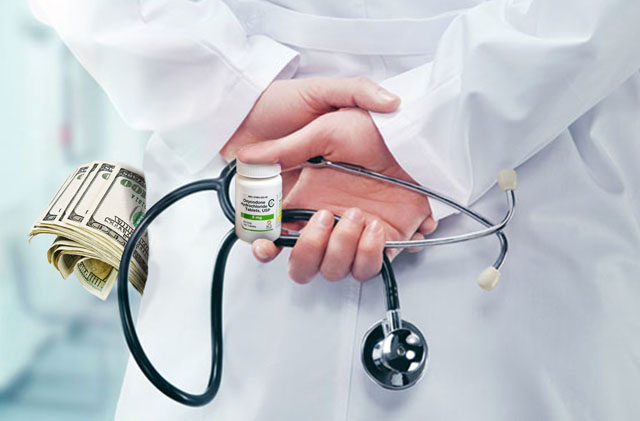 When an Addiction Epidemic Becomes a White-Collar Crime

Fourteen licensed Southern California medical professionals were indicted July 13 by a federal grand jury for prescribing controlled drugs, including oxycodone. They were among the hundreds caught in a nationwide sweep of those who allegedly prescribed and distributed opioids and other dangerous narcotics. Justice Department descriptions of these cases allege health care fraud and kickback schemes involving compounded drugs, home health services, physical therapy, acupuncture, Medicare Part D prescription drugs, diagnostic sleep studies and hospice care. They are also the face of the latest drug addiction crisis gripping the country.

One of the 14 who were indicted, 57-year-old Laguna Beach resident Dr. Jeffrey Olsen surrendered to authorities on July 11 after he was indicted the previous week by a federal grand jury on 34 counts of illegally prescribing controlled drugs, including oxycodone. Olsen allegedly sold prescriptions to addicts and drug dealers in exchange for fixed cash fees without any medical basis for the prescriptions. 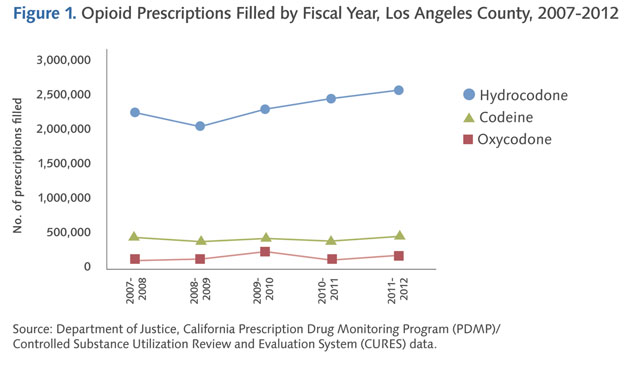 During the investigation, Olsen also sold hundreds of prescriptions to addicts in other states, such as Oregon, without conducting in-person examination of these patients.

In court filings, the Justice Department said Olsen allegedly told customers, via text message, that he would write prescriptions for whatever drug they wanted for fees that ran as high as $3,000.

Olsen allegedly sold more than 1.2 million pills of narcotics, which were almost entirely at maximum strength, in addition to hundreds of thousands of pills of other controlled drugs such as the sedatives Xanax and Soma. The case against Olsen is being prosecuted by Assistant U.S. Attorneys Ben Barron and Bryant Yang in the Southern District of California.

The July 13 indictment announcement was accompanied by a new report by the Inspector General of the Health and Human Services Department, providing additional details and context to illustrate the significance of the case.

In Illinois, a different Medicare enrollee received 73 prescriptions for opioid drugs from 11 prescribers and filled them at 20 different pharmacies. He sometimes filled prescriptions at multiple pharmacies on the same day.

The Office of the Inspector General’s report found that heavy painkiller use and abuse remains a serious problem in Medicare’s prescription drug program, known as Part D, which serves more than 43 million seniors and disabled people. The findings showed that of the one-third of Medicare beneficiaries in Part D (or roughly 14.4 million people) who filled at least one prescription for an opioid in 2016, some 3.6 million received the painkillers for at least six months.

The report was consistent with data released during the week of July 4 by the Centers for Disease Control and Prevention, reflecting wide geographic differences in prescribing patterns.

Alabama and Mississippi had the highest proportions of patients taking prescription painkillers — more than 45 percent each — while Hawaii and New York had the lowest — 22 percent or less.

More than half a million beneficiaries received high doses of opioids for at least three months, meaning they took the equivalent of 12 tablets a day of 10-milligram Vicodin. The figure does not include patients who have cancer or those who are in hospice care, for whom such doses may be appropriate. 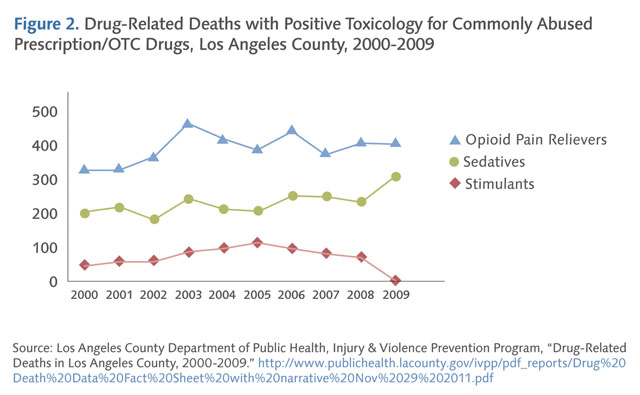 Almost 70,000 beneficiaries received what the inspector general labeled as “extreme amounts” of the drugs — an average daily consumption for the year that was more than two-and-a-half times the level the CDC recommends avoiding. Such doses put patients at an increased risk of overdose death. Extreme prescribing could also indicate that a patient’s identity has been stolen, or that the patient is diverting medications for resale.

Some 22,000 beneficiaries seem to be doctor shopping — obtaining large amounts of the drugs prescribed by four or more doctors and filled at four or more pharmacies. All states except for Missouri operate Prescription Drug Monitoring Program databases that allow doctors to check whether their patients have received drugs from other doctors before writing their own prescriptions.

More than 400 doctors, nurse practitioners and physician assistants had questionable prescribing patterns for the beneficiaries most at risk (meaning those that took extreme doses of the drugs or showed signs of doctor shopping). One Missouri prescriber wrote an average of 31 opioid prescriptions each for 112 patients on Medicare. Four doctors in the same Texas practice ordered opioids for more than 56 beneficiaries who seemed to be doctor shopping.

“The patterns of these 401 prescribers are far outside the norm and warrant further scrutiny,” Inspector General Daniel R. Levinson said.

To be sure, many seniors suffer from an array of painful conditions, and some opioids are seen as more harmful and addictive than others. Tramadol, often used to treat chronic osteoarthritis pain, was the most frequently prescribed opioid and carries a lower risk of addiction than other opioids, according to the Drug Enforcement Administration.

Moreover, the CDC report shows that painkiller use is ticking downward after years of explosive growth.

Still, officials in the inspector general’s office said more can and should be done to combat the problems they observed, even if the numbers are beginning to subside.

“What we’re saying here is this is still a lot of Medicare beneficiaries,” said Jodi Nudelman, regional inspector general for evaluation and inspections in the New York regional office, who supervised the report. “Regardless if you are turning a corner, you’re still at these really high levels.”

The inspector general previously has called for Medicare to use its data to focus on doctors who are prescribing drugs in aberrant ways.

The inspector general’s numbers differ somewhat from an April report from the Centers for Medicare and Medicaid Services, known as CMS. The report stated that 29.6 percent of Part D enrollees used opioids in 2016, down from 31.9 percent in 2011. The inspector general pegged the 2016 figure at 33 percent but did not offer any historical comparisons. It was unclear why the two agencies came up with different figures.

In a statement, CMS stated that opioid abuse is a priority for the Donald Trump administration. “We are working with patients, physicians, health insurance plans, and states to improve how opioids are prescribed by health care providers and used by patients, how opioid use disorder is diagnosed and managed, and how alternative approaches to pain management could be promoted,” it stated.

Officials have known for years that opioid prescribing has been a problem in Medicare. ProPublica first highlighted the problem in 2013 when it published data on the drugs prescribed by every physician in the Part D program. Following that report, CMS put in place what is called an Overutilization Monitoring System, which tracked beneficiaries at the highest risk for overdoses or drug abuse. It asked the private insurance companies that run the drug program under contract on its behalf to review the cases and provide a response.

In a memo released in April, CMS stated its monitoring system has been a success. From 2011 to 2016, it said there was a 61 percent decrease in the number of beneficiaries who were labeled as “potential very high risk opioid over-utilizers.”

People were flagged in this way if they were taking high doses of opioids for 90 consecutive days and received prescriptions from three or more doctors at three or more pharmacies. But the agency also said it would be implementing changes in January to better target those at highest risk of abuse.

Separately, in 2014, CMS told health providers they would have to register with the Medicare program in order to prescribe medications. That way, the government could screen them and take action if their prescribing habits were deemed improper. Up to that point, doctors could prescribe drugs to Medicare patients, even if they weren’t registered Medicare providers. Delay after delay has pushed back the requirement until 2019.

Seniors are more likely to have conditions, such as orthopedic problems, cancer or degenerative joint disorders, which result in chronic pain. They sometimes don’t react well to nonprescription pain relievers, such as Tylenol, aspirin or nonsteroidal anti-inflammatory medicines. Health care providers like nursing homes are still evaluated, in part, on how well they manage pain, creating an incentive to turn to drugs.