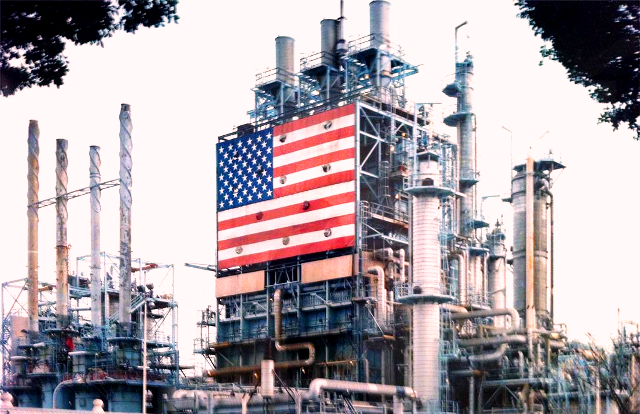 After recently declaring a fiscal emergency, the City of Carson announced July 6 its commitment to a 15-year “Community Benefits Agreement” — essentially, a peace treaty — with the oil company Tesoro.

City officials believe the arrangement will provide Carson with a projected total of $45 million for what the city calls “community mitigation projects.”

“The city and Tesoro have entered into separate agreements resolving all outstanding disputes,” a press release from the city stated. “The value of these other agreements to the city is $36 million.” The latter accounts for most of the money.

As for the remaining $9 million, the agreement describes it as tied to milestones surrounding a Tesoro project to integrate the Carson and Wilmington refineries to form a Tesoro Los Angeles Refinery. The project’s environmental impact report, or EIR, was disputed by the city earlier this year.

“The [Community Benefits Agreement] is designed to provide a stable source of funding over a 15-year period,” states a July 5 staff report to council.  “It is not uncommon for refineries to make … payments to their host communities.”

The staff report cited El Segundo as an example.

The agreement follows the council declaring a fiscal emergency at its June 20 meeting. At that time, staff suggested the council generate an additional $350,000 of revenue, including lifting the cap on the Utility Users Tax, reducing service levels and adding or increasing revenue sources.

According to city documents, that action cost Carson $30 million in redevelopment funds annually. Since 2011 the city has deferred street maintenance  and reduced its workforce by 20 percent, firing 60 employees.

In 2009, the council granted a franchise to Tesoro for three non-public utility pipelines. A dispute over the pipelines arose after Tesoro purchased the refinery in 2013. A fourth pipeline was discovered that had not been properly documented.

“The parties hereby agree that, for the calendar years 2017 to 2031, Tesoro shall pay to Carson the full amount of electricity users tax [and] gas users tax,” the Community Benefits Agreement states, waiving the requirement that the council would need to declare a fiscal emergency to get such payments.

The Community Benefits Agreement would also amend the oil pipeline franchises to increase the franchise fees, subject to an annual Consumer Price Index adjustment within the 15-year term.

“The City and Tesoro have been involved since 2013 in discussions over a series of issues and disputes,” the July 5 staff report states. “The major disputes involve the environmental impacts of the integration of the Carson and Wilmington Refineries, the use of a 60-acre parcel for a trucking and container storage yard and the transfer of oil pipeline franchise agreements.”

It further states South Coast Air Quality Management District prepared an EIR for the refinery integration project, but Carson, concerned over the lack of community benefits, threatened to sue, claiming the EIR was deficient. Tesoro disputed the claimed deficiencies in the EIR and has since agreed to mitigate the city’s concerns.

The Carson City Council on July 5 voted unanimously to approve the community benefits agreement and transfer the pipeline franchises to Tesoro.

A separate resolution, passed at the same meeting, resolved a years-long zoning and permit dispute over Shippers Transit Express on Sepulveda, concerning a lease on Tesoro property. It involves a retroactive payment of $900,000 to the city for development impact fees and $250,000 annually for the next two years. The agreement calls for closing the truck yard in 2018 and putting in four petroleum storage tanks.

For Tesoro’s Los Angeles Refinery Integration and Compliance Project, the company plans to invest $460 million in facility improvements to upgrade its Wilmington and Carson refineries. The project aims to reduce greenhouse gas emissions, in what the South Coast Air Quality Management District estimates is equivalent to removing 13,500 daily passenger vehicles from local roads.

Construction is expected to begin later this year, with an anticipated completion date of March 2021.

Carson states it will deposit the payments from Tesoro into the general fund to provide a series of existing and future community benefit programs, including a green streets program for compliance with the Dominguez Watershed Plan.

As part of the Community Benefits Agreement, Tesoro also agreed not to build or operate a hydrofluoric acid alkylation unit at the integrated refinery.

Concerns about hydrofluoric acid may be traced to an explosion at the Torrance refinery in 2015, when debris narrowly missed a tank. If the tank had ruptured and the acid it contained had been released, a toxic cloud could have killed as many as 330,000 area residents, including many in southern and western Carson.

Lyn Jensen
Lyn Jensen has been a freelance journalist in southern California since the 80s. Her byline has appeared in the Los Angeles Times, the Orange County Register, the Los Angeles Weekly, the Los Angeles Reader, Music Connection, Bloglandia, Senior Reporter, and many other periodicals. She blogs about music, manga, and more at lynjensen.blogspot.com and she graduated from UCLA with a major in Theater Arts. Follow her on Twitter, LinkedIn, or Facebook.