Bail Reform: The System that Penalizes the Poor 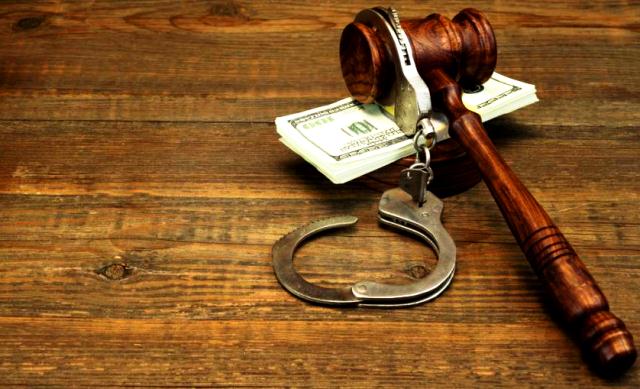 This past May, reality show celebrity Dog The Bounty Hunter’s voice robocalled about 800,000 phone lines, warning voters that the state legislature was working to do away with the bail bond system. The system is allegedly designed to keep poor people incarcerated rather than keeping dangerous people off the street or from fleeing justice.

“You, the taxpayer, will pay to release these criminals,” Dog warned. “Car thieves, burglars, sexual predators and repeat offenders will get out of jail with little accountability, and we will not be able to go after them when they run.”

Human Rights Watch paints a different picture in a report released this past April. The organization found California’s system of pretrial detention kept people in jail even if they are never found guilty of a crime.

The report used as exemplar the 2015 experience of Maria Soto and her 18-year-old son Daniel Soto who was stabbed in a street fight while he was out with friends. He was arrested.

“A man had accosted Daniel and his friends outside of a restaurant,” the report stated. “They had fought, and the man pulled a knife. Cut and bleeding, Daniel staggered up to a police officer, who called an ambulance and arrested him. Apparently, the man with the knife had gotten to the officer first.”

He spent a week in jail before he was able to have a day in court and plead “not guilty” to a felony assault charge. The judge set bail at $30,000.

Although Soto earned enough as a stenographer to support herself and two sons, none held property to put up for collateral, nor savings or other assets to post Daniel’s bail.

Daniel spent six weeks in jail until his next court date at which the judge dismissed the assault charges for lack of evidence.

Human Rights Watch noted that the majority of county jail prisoners in California have not been sentenced, but are serving time because they are unable to pay for pretrial release.

Like a scene out of a police procedural show such as Law and Order: Special Victims Unit,  people accused of crimes but unable to afford bail give up their constitutional right to fight the charges because pleas get them out of jail and back to work and their families. Judges and prosecutors use cust- ody status as leverage to pressure guilty pleas.

With a median bail rate that is five times higher than the rest of the country, the report noted that there is a clear correlation between the poverty rate and the unsentenced pretrial detention rate at the county level in California.

And those locked up in pretrial are overwhelmingly poor, working class and  black or Latino.

Human Rights Watch found that from 2011-2015, police in California made almost 1.5 million felony arrests. Of those, nearly one in three, like Daniel Soto, were arrested and jailed, but never found guilty of any crime. Some spent only hours or days behind bars, while others spent weeks, months or even years.

Assemblyman Rob Bonta noted that while some defendants are considered too dangerous for release or are flight risks and should be held in custody, many are not a threat to public safety and could be released, monitored and reminded when to return for court hearings.

According to the Board of State and Community Corrections, the average daily cost to counties holding inmates awaiting trial runs at more than $100 per inmate. In Los Angeles County, the cost is $116. According to the Pretrial Justice Institute, the cost of supervising a defendant in the community is about 10 percent the cost of keeping him or her in jail.

Bonta noted that jurisdictions across the country have begun implementing reforms and experimenting with alternatives to cash bail. For more than two decades, Washington, D.C. has run a pretrial services program that only detains defendants considered too dangerous to release into the community, sending others home to be monitored and given reminders on when to return for court hearings.

Santa Clara County implemented its own version of bail reform in 2012, adopting a risk assessment method aimed at reducing the pretrial jail population. It costs the county $215 a day to incarcerate a person but only $10 a day to monitor a person in the community. Moving to this new approach in 2013, the county saved more than $60 million by safely supervising many defendants  who would have been held in jail under the old system.

The median bail in California is $50,000, and 10 percent — what would be needed to pay a bail agent for release — is beyond the reach of most Californians. In fact, according to a 2016 report by the U.S. Federal Reserve, 46 percent of Americans don’t have $400 to pay for an emergency expense and would have to sell something or borrow money to cover the cost.

Even bail for the most minor offenses can run more than $1,000. And for people who can’t pay, their lives are turned upside down, waiting in jail for weeks or months before their cases go to court. The result is devastating for the individuals, who can end up losing their jobs, apartments and cars, which are towed if left on the street, even before a court decides upon their innocence or guilt.

Senate Bill 10 promises to reduce the number of people being held in jail awaiting trial and to ensure that those who are not threats to public safety or flight risks are not held simply for their inability to afford bail.

“Whether you can go free before a trial right now is determined by the size of your wallet, not the size of your public safety risk — and that’s not the way it should be,” said Sen. Bob Hertzberg, who has been writing reform legislation on this subject for years. “This legislation reforms bail so it treats people of all backgrounds fairly and equally, whether they are rich or poor.”

“With the passage of SB 10 in the Senate, California now moves another step closer to creating meaningful bail reform, which will protect public safety, ensure equal justice for all and spend our limited resources in a more cost-effective manner,” Bonta said in a release.

The California Money Bail Reform Act of 2017 was authored by Hertzberg and Bonta. They are working with a broad coalition. Hertzberg and Bonta also co-authored Assembly Bill 42, an identical bill that is making its way through the Assembly.

Provisions would not apply when a person is arrested for certain specified violent felonies. Otherwise, the bill would require a pretrial services agency to conduct individualized risk assessment and prepare a report that makes recommendations on conditions of release.

The court may detain a person under certain conditions and the bill allows a prosecuting attorney to file a motion seeking the pretrial detention of a person in certain circumstances, including when the person has been charged with a violent crime or sexual assault.

The bill also creates standards for training and for cost-effective and validated assessment tools.