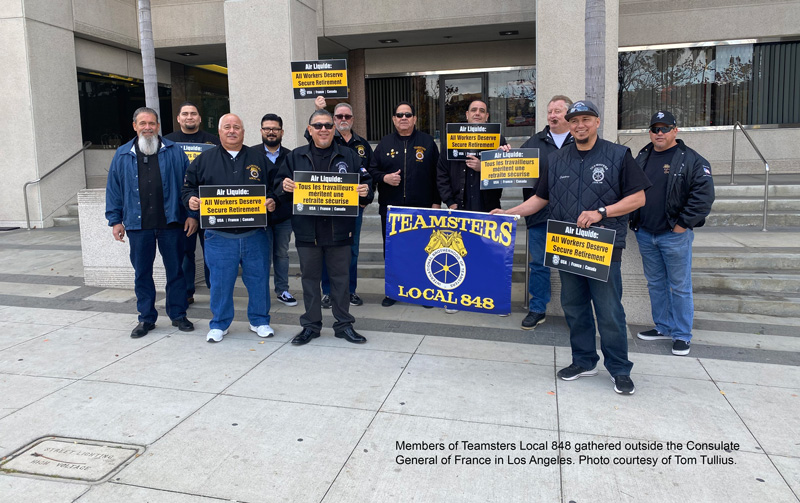 The Teamsters are minimizing the significance of Superior Court Judge William Highberger’s Jan. 8 ruling  that California’s Assembly Bill 5 does not apply to port truck drivers:

“While we believe Judge Highberger’s decision is wrong, the bottom line is that in every port trucker misclassification/wage theft case to date, the port truck drivers of NFI and indeed every port trucking company have been found  to be employees, not independent contractors…,” said a statement released by the Teamsters. “Judge Highberger’s finding does not have practical effect on the employee status of these drivers. They are clearly employees.”

“In at least 47 wage claims cases against NFI companies (Cal Cartage Express, K & R and CMI) at the California DLSE, the drivers have uniformly been found to be employees not independent contractors under the Borello test,” the Teamsters’ written statement continued.

“The contention that Highberger’s decision is final is incorrect—he has essentially certified the case for appeal. It would still be immaterial to the fact that these drivers have been uniformly found to be employees under Borello, a test that has definitely been determined not to be preempted.”

In a related development that Teamsters at the port consider a violation of AB 5, multi-billion dollar logistics company Universal Logistics Holdings fired up to 70 port and intermodal drivers in at least three subsidiaries — Universal Intermodal Services, Universal Truckload Services and Roadrunner Intermodal Services. Drivers report that the company told them that if they buy their own trucks then they can come back to work as independent contractors.

Universal’s action happens just weeks after 28 employee drivers at Universal Intermodal voted overwhelmingly to be represented by Long Beach-based Teamsters Local 848. All of them have now been fired.

“They let us go right after we voted to form our union,” Saul Zuniga, an employee driver at Universal Intermodal and new member of Teamsters Local 848, said.

“It’s about the solidarity, about everybody sticking together and staying together,” said Karla Schumann, secretary-treasurer of Teamsters Local 104, as she stood at the picket line outside Asarco’s Mission Mine in Sahuarita, Ariz., on Dec. 29. “Outside of that, it’s community support, labor organization support.”

Some 1,700 workers at four Asarco complexes in Arizona and its refinery in Amarillo, Texas, have been on strike since Oct. 13. Solidarity has been key to the workers’ determination to continue their fight.

The Asarco bosses imposed their “last, best and final” offer Dec. 2 and have refused any further negotiations since. Their offer included a wage freeze for most workers, freezes in pensions, huge increases in health insurance costs and elimination of protections for union activity on the job.

Mexico City-based Grupo Mexico, which owns Asarco, is the third largest copper mining company in the United States and the fourth largest in the world. The company brags that it produces copper more cheaply than any of its competitors.

Grupo Mexico and Asarco—just like U.S. mine bosses—are well known for their disregard for the safety of their workers and those who live near their mines. Two Asarco workers were killed after the vehicles they were in were crushed by massive mining vehicles used in the company’s open pit mines, one in 2010 and the other in 2017.

Strike supporters are encouraged to visit the picket lines. For strikers at the Mission and Silver Bell complexes near Tucson, send contributions to the Pima Area Labor Federation Community Services via paypal.me/palfcommunityservice.