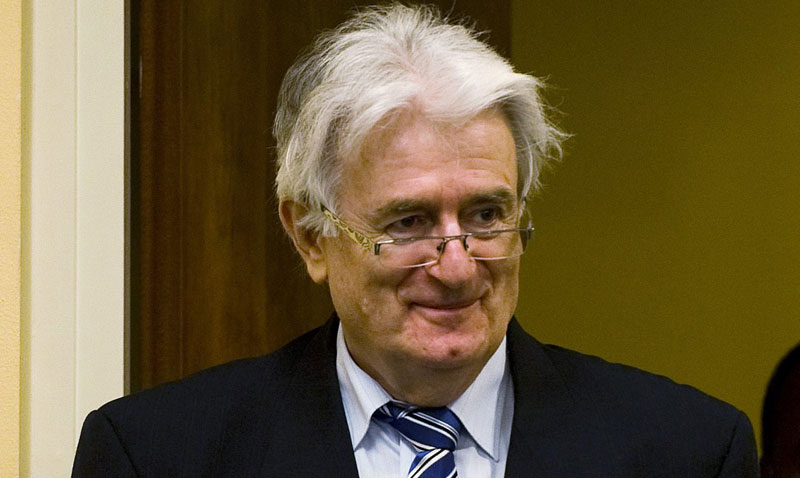 On March 29, Radovan Karadzic, the “Butcher of Bosnia,” was sentenced to 40 years for his crimes during the 1992 to 1995 Bosnian conflict.

The International Criminal Tribune of the Former Yugoslavia convicted him on 10 of 11 charges in The Hague. These included murder as a war crime, crimes against humanity and genocide.

The Bosnian War was preceded by the secession of Slovenia and Croatia from the former Yugoslav Republic in 1991 and formed the multi-ethnic Republic of Bosnia and Herzegovina. The Bosnian Serbs, who boycotted the referendum that led to the declaration of independence, rejected the new republic and formed their own, the Republika Sprska.

The Bosnian Serb uprising took place shortly after the establishment of an independent Bosnia and Herzegovina in 1992. During this time, Karadzic was an influential party leader. This took place shortly after the symbolic dissolution of the Soviet Empire.  Croats in Bosnia and Herzegovina have long been persecuted, going back to the days of the Ottoman Empire.

Karadzic was the former leader of the Serbian Democratic Party, as well as the first president of the Republika Sprska. He was directly responsible for the deaths of thousands of civilian Bosniak Muslims and Bosnian Croats within a four-year period.

Rebel armies quickly formed after the dissolution of the former Yugoslavia, creating an unpredictable and politically-enraged population that was split between Serbs, Croats and Bosniaks (Bosnian Muslims).

Bosnian Serb forces, backed by the mostly Serbian Yugoslav army, began to take control of the countryside. Hundreds of thousands of natives were forced out of their homes and neighborhoods.  It took almost four years of fighting before American involvement finally declared the end of the Bosnian War in 1995.

Karadzic went into hiding in 1996. He’d been missing for more than a decade. He was captured and arrested in 2008, while he was posing as a practitioner of alternative medicine and psychology in Belgrade.  During this time, he used multiple pseudonyms to stay in the public eye, such as “DD David,” which he used as a new age practitioner.

Karadzic was hardly alone in his atrocities.  Two of his greatest accomplices included a war general and another Serbian politician.  Slobodan Milosevic was the party leader and president of Serbia from 1989 to 1997.  Milosevic was arrested in 2001 and charged with genocide and crimes against humanity.  He died in 2006 while still on trial for his war crimes.

Ratko Mladic, a Bosnian Serb war general, was arguably as complicit as Karadzic in orchestrating ethnic cleansing in the regions of Bosnia and Herzegovina as early as 1992.  Mladic was the leader of the Bosnian Serb revolting army. He has been held responsible, along with Karadzic and Milosevic, for the loss of about 100,000 Serbian, Bosniak and Croatian lives. The war is considered the worst genocide since Nazi Germany.  Mladic was placed on trial in 2011, but his case was indefinitely suspended due to prosecution errors. The case was reopened in 2015, in light of new evidence.

Bosnian Serb military commander Zdravko Tolimir, who served directly under Mladic in his army, was also convicted in 2012 of “war crimes against the Bosniak Muslim population,” according to court documents. He was sentenced to life in prison but died in February at a detention center in The Hague.