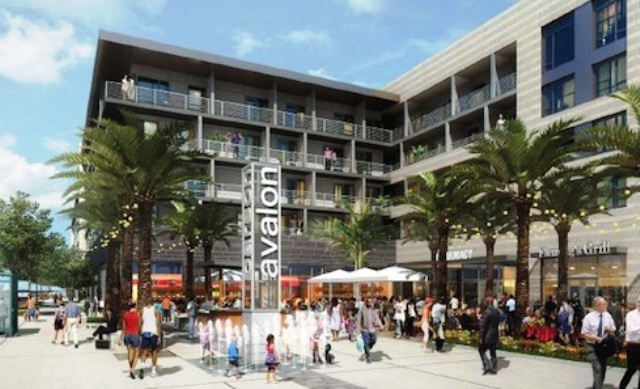 Numerous small businesses are being forced from a Carson mini-mall that’s in the way of the city’s redevelopment plans for a stretch of Avalon Boulevard near Carson Street.

This past June, the Carson City Council approved an application from Faring Capital to build a mixed-use project consisting of 357 residential units and 32,000 square feet of commercial space at addresses—ranging from 21521 to 21061 Avalon Blvd.—that have been longtime homes to many businesses.

Serenity Spa is one of the businesses being forced to leave.

“It’s difficult getting a permit to transfer business, to pay a fee, to hire an engineer, to pay an architect,” said Amy Huynh.

She complains that she’s getting no assistance from the city or the developer. She was told, “It’s not their problem.”

“We have allowed many months of rent-free occupancy to help with their [the tenants’] transition to new locations,” responded Darren Embry, a spokesperson for Faring Capital.

Richard Rojas, a city project planner, said Carson is not providing relocation assistance because it’s a private development on private land, and is being privately financed at no cost to the city.

He responded that the Serenity Spa is a special case because it’s regulated as a massage parlor, so any property that houses it needs a conditional use permit.

Another mini-mall tenant, insurance salesman Gregory Owens, said he started hearing rumors more than a year ago that he would have to leave the office he’s had for 17 years. The official notice came this past August. The deadline to move was Dec. 31, 2015, but the landlord, Faring Capital, is giving him to the end of February to move, most likely to an office space in a neighboring mixed-use building.

“Relocating a business is always a challenge,” Owens said, adding he was disappointed the city offered no relocation assistance, considering how a move may increase his expenses by around $100,000.

Young’s Beauty Supply, a fixture of the mini-mall for more than six years, also is being forced out. Its owner, Young Pak, said he doesn’t know where he’s going to move and he’ll probably have to put his merchandise in storage.

Pak said after he received an eviction notice with a summons to vacate, he hired a lawyer. At issue is compensation for what he says is a five-year option on his lease.

“I cannot leave without compensation,” he said.

He fears that without compensation, he may have to declare bankruptcy. He shows a notebook that contains the names and addresses of his customers so he may notify them of a new location.

Embry explains that he cannot comment on litigation but that Faring Capital is redeveloping the property in a joint venture with the Wolff Co., one of the largest multi-family developers.

“Our estimated timeframe is to begin demolition in March to be followed by approximately 21 months of construction,” he added.

Carson’s website gives an indication of how ambitious the Avalon mixed-use project is, with architectural renderings and the project’s California Environmental Quality Act review. The plan describes two four-story buildings, a courtyard, parking garage, and other amenities.

“There are no age- or income-restricted units,” Embry confirmed.

Rojas agreed the project will not include any residential units especially designated as affordable or for seniors.