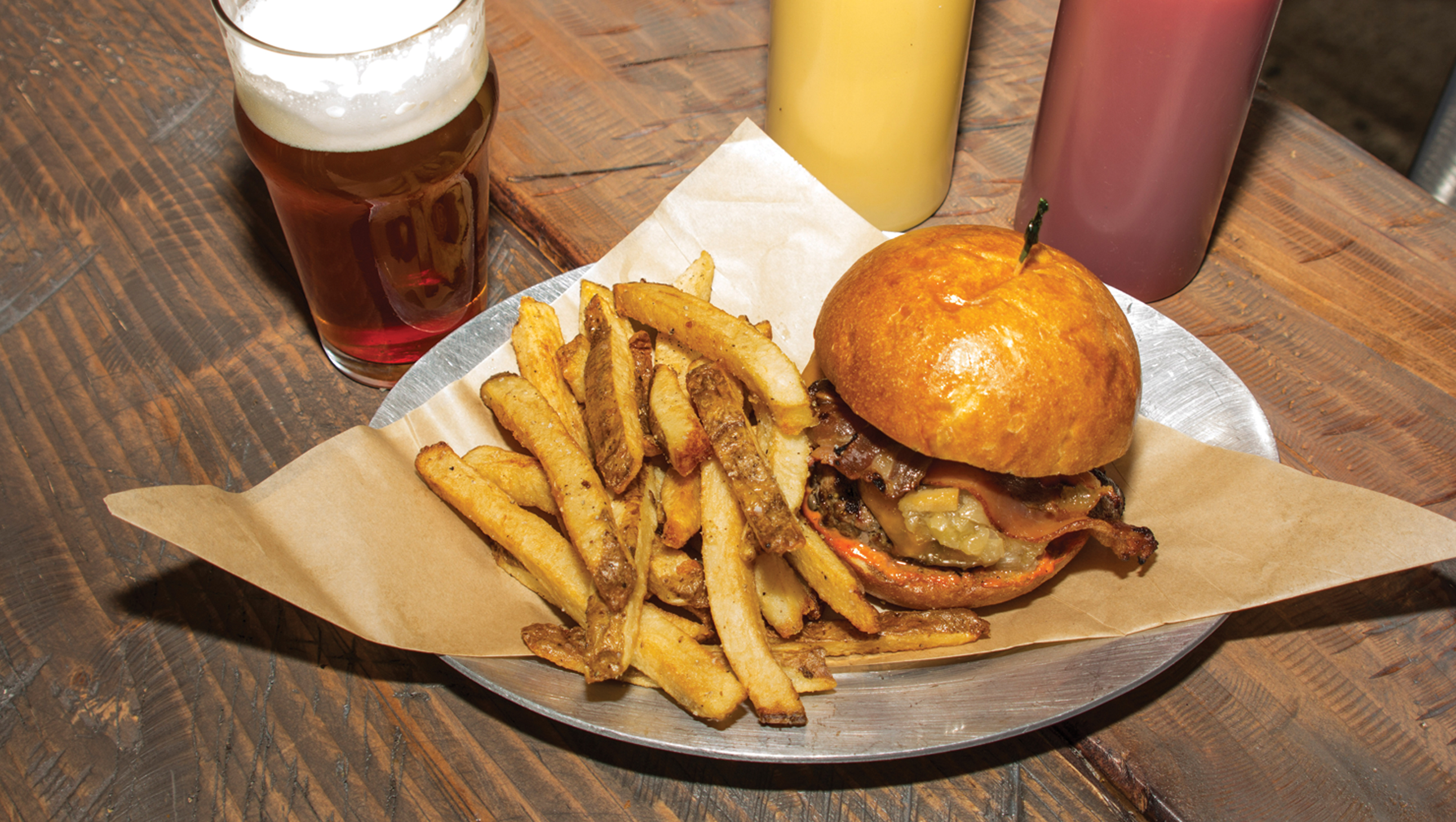 A Butcher Shop That Finally Meats My Expectations
By Gina Ruccione, Food Writer and Blogger, Photos by Phillip Cooke

When it comes to dating and choosing a restaurant, my approach is essentially the same: “What are you willing to do to impress me?”

In the Harbor Area, there is no shortage of restaurants, and God only knows you could walk 10 steps and trip over a man.

Lately, I’ve been a little underwhelmed by both (men and restaurants) doing very little to pique my interest, hold my attention, or just simply put in the work. But when I stumbled upon Working Class Kitchen in Long Beach, I was immediately intrigued.

Working Class Kitchen is owned by the same restaurant group that brought us Michael’s on Naples, Chianina Steakhouse and Michael’s Pizzeria.

The concept is quite simple: it’s all about the meat. A modern take on an old-school tradition, the Working Class Kitchen is first and foremost a whole animal butcher. Upon entering, I was immediately entranced by a generous amount of delectable meaty goodness that is sitting in a glass case in the middle of the shop—all of which are hand picked, hand carved, cut and curated in their perfect form: raw.

Next to the deli case is a large window, which allows onlookers to peek inside the back and watch as meat is broken down, sliced and prepared. The other important aspect of Working Class Kitchen is that it’s a deli. But it’s unlike any deli you’ve probably ever seen.Their motto is Sine Labore Nihil: “Nothing Without Work,” so, as one can imagine, they’re not serving your average sandwich.

I surveyed the deli area and the menu with careful scrutiny. As someone who has prepared and eaten raw bison on many occasions, I’d like to think I know quite a bit about meat. I struggled over the menu options and couldn’t decide what to order, so I ended up with way more than I could handle in one sitting.

Let’s talk about the Chianina burger, which, by the way, is nothing short of perfect. I ordered it medium rare with cheddar and it came out on a soft, buttery brioche bun with caramelized onions and a spectacular remoulade. The burger was juicy and oozing with flavor—it was absolutely wonderful.

Some people shy away from exotic meat, but I have a strange appreciation for somewhat gamey flavors. It reminds me of traveling to foreign cities. Goat meat is popular in nearly every single country other than the United States. So, naturally I ordered the goat sandwich. Marinated in a creamy yogurt sauce and served on a crunchy baguette, it certainly exceeded my expectations.

I felt compelled to try the carne asada sandwich. Served on a crunchy baguette, this sandwich was loaded with heaps of carne asada strips, so much so that it was spilling out all over my plate. Full–flavored, tangy and with just the right amount of onions, it was well worth being uncomfortably full for three hours.

Eating meat is a privilege. Most people don’t truly appreciate good meat. Overcooking it or trying to hide the true flavor with a barrage of seasoning is just wrong. The best meat needs very few condiments. Organic, sustainable, humanely raised animals need no fluff and very little finesse. Maybe a touch of salt and pepper, but really that’s it. And truth be told, that’s how we should eat meat. Working Class Kitchen understands this concept and they execute everything with pride and precision.

The restaurant’s manager, Tim Balen, elaborated on the kitchen’s relationship to its meat.

“This is a rare spot,” Balen explained. “Where else can you find a local butcher shop like this? We have real relationships with our ranchers and food purveyors. It’s more than just about the meat. It’s about doing it right.”

Working Class Kitchen actually partners with ranchers who humanely and sustainably raise animals, including their own Chianina cattle. Ranchers come to visit the butcher shop/deli frequently. Shipments are biweekly. That is what makes this place so intriguing. The menu is constantly evolving and serves only the best quality products. They maintain a passion for their work and you can taste it.

“We aren’t satisfied with mass-produced, factory-farmed meat,” Balen said. “Maintaining close connections with our suppliers, butchering nose to tail, respecting each animal, and using every part—these are our guiding principles.”

The Kitchen also believes in keeping things local. From their bread to their pickles, they work with like-minded farmers and artisans who all share a fondness and appreciation for craftsmanship and integrity. Expect to see Working Class Kitchen evolve into a sort of artisanal market toting not just meat, but all sorts of local handcrafted delicacies to enjoy at home—including fresh produce, olive oils, and beans.

When my adventure at the kitchen was near an end, Balen said, “Come back tomorrow. That’s when the fun starts.”

With a grin, Balen explained he was expecting goats, three whole hogs and veal.

While my dating life might be in the midst of confusion, my food game is certainly not. After my jaunt with this eatery, one thing is certain: this place is willing to put in the work.

Gina Ruccione is a fearless blogger and self-proclaimed food critic. She has traveled all over Europe and Asia, lived in almost every nook of Los Angeles County and has worked in some rare form of finance or fashion her whole adult life. You can visit her blog at http://foodfashionfoolishfornication.blogspot.com.

Facebook
Twitter
Email
Print
Previous articleUnlocking the Secrets of that Flamenco Music
Next articleRolling With the Derby: