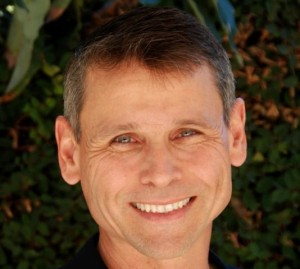 Most seasoned teachers recall their first year in the profession as being one big blur of preparation, teaching, grading and stress punctuated with fun.

For Long Beach Council District 5 candidate Thomas Sutfin, the same can be said of campaigning for public office–except that it’s more stressful.

“Kids can be critical, but accept you as long as they know you care,” said Sutfin, who has taught for 23. “On the campaign trail it’s easy for people to be critical (they need to) and not know how much you care about the role of being on the city council.”

Sutfin has also operated a flight instruction business for the past 6 years.

The computer programming teacher at Milikan High School, Sutfin first got exposed to politics about 8 years ago, when he helped his friend Dave Radford in his bid for the same seat against Schipske.

One of the things Sutfin admires about Councilwoman Gerrie Schipske is her fight for more transparency in the city. He said he would like to continue that effort and add more access to the conversation. Taxpayers should have access to how their funds are used.

“Government should be both accessible and transparent to the community it serves,” he said. “Improving the city’s web presence so that services can be rendered more efficiently is one strategy to improve customer service.”

The father of two boys considers himself to be fiscally conservative, believing there is much wasteful spending that needs to be reconsidered. He said he decided to run for office after a friend of his responded to Sutfin’s complaints about city spending. His friend’s advice to Sutfin was, “Do something about it.”

“After taking that first step, I realized quickly [that] in addition to poor use of city funds, there are a great number of additional issues that have to be addressed,” Sutfin said. “The fundamental thing about fiscal conservancy is, ‘a penny in, a penny out…. “If you are going to spend money on something, the people of Long Beach ought to see the results of that; it should be almost a one-to-one correlation.”

One expenditure Sutfin is looking at more closely these days is the rebuilding of the Long Beach Civic Center.

“There is some information that hasn’t come out yet,” Sutfin said.

Sutfin is referring to retrofit studies. While most of the city council seems bent on tearing down the existing building and constructing a completely new civic center after they were told that the Long Beach City Hall building is not seismically fit, few have discussed the options of retrofitting the city hall and the Downtown Library, which also has drainage and roof issues.

“Now, it’s my understanding that the facility was built in 1977, and you know, the school I’m working at was built in 1953,” Sutfin said. “It’s much older …. It’s harder to justify something, I think rebuilding something, spending millions of dollars on what you’ve got there.”

But the biggest issues in his district relate to the economics of the Long Beach Airport and the surrounding area, he said.

He aims to bring more high-tech industries to the area. He believes the city must create think tanks and identify its resources and assets. Then, turn around and recruit large engineering industries such as new energy, solar energy, biotech and robotics, which he cites the city’s local colleges as having talented people to pool from.

“I am in support of any kind of job,” he said. “However, the jobs that we bring should work toward high paying [jobs].”

But higher paying jobs may not solve all of the city’s issues. With more than 4,300 homeless people in Long Beach. Finding facilities for the homeless has been a challenge. After the announcement of the army’s base realignment and closure of Schroeder Hall in District 5, in 2005, the idea was to transfer the land to the city so that it could benefit the homeless and mentally ill. However, most communities, including District 5 fought such efforts. Suftin expressed his disappointment.

“The important aspect of this issue is that it followed democratic process,” he said. “I am a little disappointed because the location of Schroeder Hall seemed to be a good place for the non residential facility. Especially for those in district 5 who would have benefitted from the services. True it would have brought people from the whole city, but it was, as I recall, over a thousand feet from any residence. This is a human issue which requires thoughtful consideration. Those services were ultimately displaced to another part of the city and any potential impact on property values was averted.”

Another issue fought by the community is the placing of a cell phone tower at Wardlow Park.

“Cell phone towers have been shown to emit electromagnetic waves that can increase the risk of cancer with extended, close range, exposure,” he said. “Any installation should be placed in such a way that is aesthetically pleasing and creates no opportunity for extended exposure.”

He also recognizes that there are obvious field improvements needed with regard to the green belt and Douglas Park. To that end, he would like to see the creation of turf field through private-public partnerships.

As with education, Sutfin believes public safety is rooted in communication and understanding.

He wants to advocate for a water-bearing engine for his district.

“The movement of assets in the city of Long Beach and the reduction of force have created a small void in the station of Palos Verdes and Woodruff,” he said. “Right now, there [are] only [emergency medical] services there. There is not a fire engine there…. We ought to bring back some those assets we pulled out early on.”

He also would like to create community fairs and/or block parties where youth may do community service, police would present their reports and the fire department would provide information and emergency training.

Sutfin recognizes he may not have all the answers, but he is willing to learn in the process. Nevertheless, he believes he has a lot to offer.

“The biggest thing is build a community,” he said. “That’s a big part of being a council person…. It’s about collaboration; it’s about building community even within the group.”