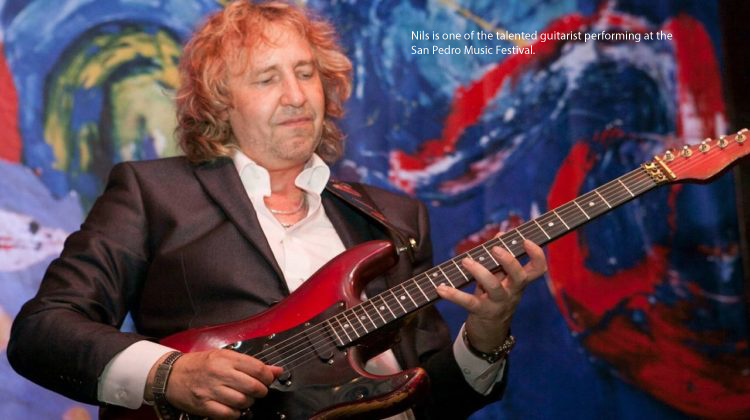 The first-ever San Pedro Music Festival is scheduled to take place on Mother’s Day with a full lineup of top-tier musical talents. The daylong concert which begins at 4 p.m. on Sunday, May 12, at the Warner Grand Theatre, is a celebration of mothers.

More importantly, the proceeds from the San Pedro Music Festival, with ticket prices ranging from $35 to $125, will go to MusiCares, a support system for musicians in need. Jazz guitarist Nils (Pacific Coast Highway) is excited to be part of the program.

“I’m proud because it’s the first one and I want to do as good a job as I can to really make this a re-occurring music event,” Nils said during a phone interview.

“L.A. is a great town and any kind of music event I am supportive of anybody who puts something together to entertain the people to put on an event like this, especially for Mother’s Day. I think it’s a great idea. To get this much talent together, my hat goes out to Windy Barnes (Farrell) and putting this whole show together. I’m really looking forward to doing it.”

Now a heralded jazz musician, Nils said he kind of stumbled his way into this musical category by happenstance. His musical influence came from two of the hottest R&B and soul sounds during the 1970s and 1980s, he admits.

“My music has always been a funky R&B influence with a jazzy vibe,” Nils said. “I grew up listening to my two favorites artists-Earth, Wind & Fire and Chaka Khan, Al Jarreau, but I can’t sing. I am not like them.

So, I express myself with my guitar. That’s kind of like my background musically, where I come from and where my music leads to. I didn’t come from Bebop. I’m not a jazz guitar player. I’m really like a pop, R&B player and that’s what I like to do.”

Nils won’t be the only artist taking the stage during the inaugural San Pedro Music Festival. With the backing or support of Los Angeles County Second District Supervisor Janice Hahn and produced by Windy City Entertainment, performances will be headlined by songstress Windy Barnes Farrell, saxophonist Azar Lawrence, and the all-female ensemble, Jazz in Pink.

Like Nils, Lawrence is known for his body of work in the jazz genre. He has collaborated with the best of the best, including doing work with Miles Davis, Earth, Wind, & Fire, Marvin Gaye (Hear My Dear), McCoy Tyner, and the great vocalist, Phyliss Hyman. His 2018 CD “Elementals,” hit No. 2 on the Jazz Weekly charts.

The best to describe the music put out by Jazz in Pink is getting a mixture of jazz, soul, R&B with a dash of hip hop flavor. The five-member ensemble have toured and performed with Norman Brown, Eric Benet, Yolanda Adams, Kirk Franklin, and Johnathan Butler, among others. Barnes Farrell, who is responsible for making all this a go for the city of San Pedro, is being billed as the Song Goddess.

Her extensive singing experience and touring collaborations with Michael Bolton, Stevie Wonder, and Julio Iglesias, is a testimonial to her power a vocalist.