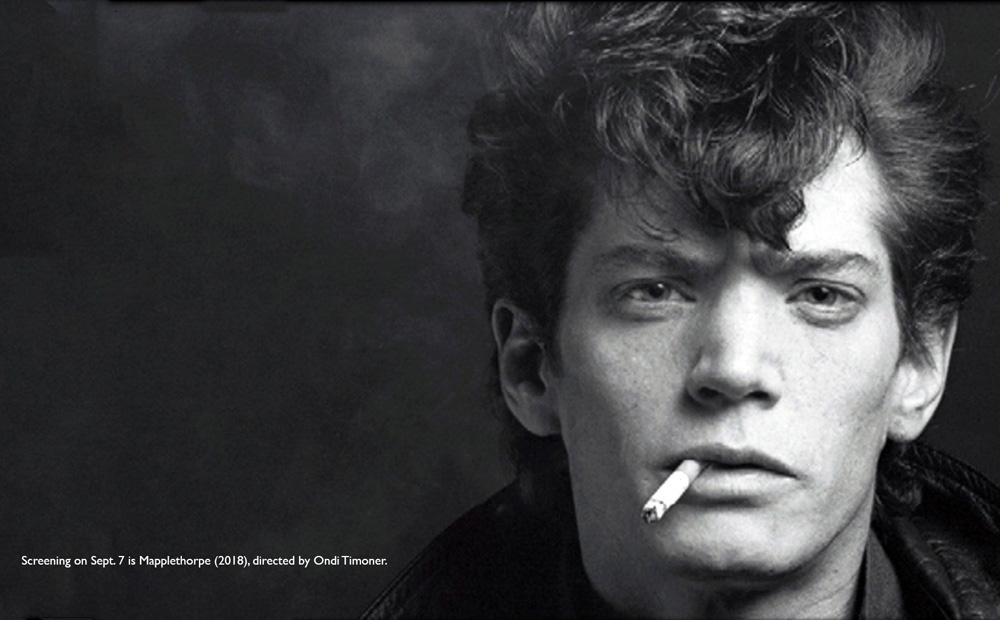 The Long Beach Q Film Festival has been transporting viewers to new places and times of empathy for decades. The festival will screen 15 films from Sept. 6 to 9 at The Art Theatre during its 25th anniversary.

Once called The Long Beach International Gay & Lesbian Film Festival, the four-day event has gone through many iterations. However, it’s remained true to celebrating narrative features, documentaries and short films that embody the spirit of the lesbian, gay, bisexual, transgender and queer communities.

“[QFilms] always has a universal language,” said founder Robert Cano. “That’s why it’s a wonderful event for the whole community that is still looking for a place to belong, be loved, accepted, honored and recognized.

Cano first screened films at his apartment in the early ‘90s.

“The films reflected the AIDS epidemic and I was right in the middle of it,” Cano said. “I had friends dying left and right. I asked myself, ‘What do I do?’ My love was for movies. I thought maybe we can start something positive.”

In 1981, the first case of AIDS was reported in Southern California. By 1993, it was the No. 1 cause of death among males ages 25 to 44 in the United States, according to the Centers for Disease Control and Prevention,

As a student at Cal State Long Beach, Cano first screened a film that followed with a Q-and-A with the director at the inaugural event.

“We were hungry to see ourselves on screen as there was less culture,” Cano added.

More than 500 students came to watch at a theater that had a max occupancy of 200. To allow all attendees to view the film, Cano and the team screened the film twice.

By the third year, the festival moved to The Art Theatre to accommodate its community.

Cano has taken many roles apart from being the founder of the festival. He has been the programmer, moderator, public relations officer and interviewer, among other positions.

Today, 100 percent of the proceeds from the film screenings go back to The Center.

“I’m very proud that all of the proceeds go back to the center,” Cano said. “Every ticket sale and ad goes back into the center, which has always been there for me when I first came out, needed advice and help. It’s a win-win situation. [The Center] provide[s] so many life-saving programs and vital programs for community for mental, spiritual and physical health.”

Cano said storylines are more complex these days. For example, Man Made, the documentary directed by T Cooper, chronicles four trans men who participate in Trans FitCon, the only all-transgender bodybuilding competition in the world.

“[Seeing the transcommunity] be their authentic selves and be humanized actually brought me to tears. They’re not going away and want to be seen as regular people.”

Another example of the diverse selections is Just Friends, a romantic comedy directed by Ellen Smit about two young men who reflect on their relationships with their mothers.

Q Film also promotes underrepresented groups from all walks of life. Of the 15 films, 50 percent are written, directed or produced by women. In addition, 30 percent of films feature transgender characters when Hollywood is at one percent.

Cano believes there is no longer an excuse with the film industry to not represent minorities.

FX’s Pose has more than 200 transgender involved in front and behind the camera.

“I was so frustrated with Hollywood last year,” Cano said. “I don’t know what it’s going to take, 5, 10, 20 years. Latinos, Asians, gays, everyone. We are still represented at less than 3 percent of the industry.”

For Cano, Long Beach is the perfect place for the festival, especially with its first openly-gay mayor, Robert Garcia.

“Just from Long Beach Pride, half of the attendees are gay allies,” Cano said. “I’ve lived here for 30 years. Even though I’ve had many opportunities to move, I keep coming back because it’s a special place. It’s a loving and accepting environment that is willing to work, accept and celebrate diversity.”

Cano said the event gets bigger and better every year.

“The community has come together and made it a wonderful event by making it their own with the support of straight allies. It is truly a Southern California event that is attended by an international audience.”

And, the QFilm Festival has room to grow, especially being one of the few of Long Beach’s film festivals. Others include the Jewish Film Festival and Cambodia Town Film Festival.

The festival expects 1,500 attendees this year.