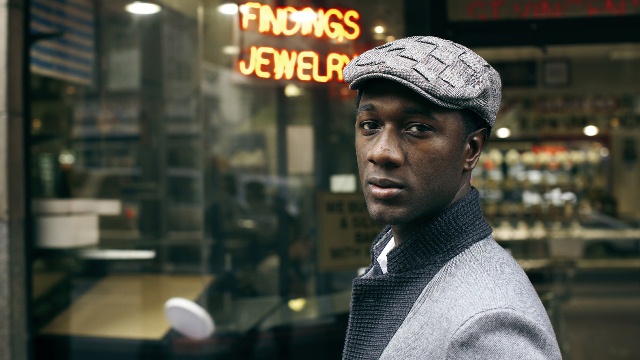 Social justice is achieved when human rights are manifested in the everyday lives of people at every level of society. Protest music provokes and inspires us to act and to bring light to injustices.

That is what singer-songwriter Aloe Blacc brought to a recent concert at the Ford Amphitheater. He and his partners have tapped into the necessity for social justice artivism and seek to activate people through their work.

The crazy antics of our election cycle, coupled with the overwhelming numbers of unwarranted shootings of people of color, prove that we are trying to coexist in very uncertain times. To balance the scales of justice would uplift society. And, that’s what Blacc is attempting to do.

As a first generation son of Panamanian parents, Blacc identifies with immigrant stories. It is part of his story. To him, immigration reform in the United States would be a positive social change. His 2013 song, Wake Me Up addresses the issue in two ways, recognizing the plight of the immigrant experience and promoting compassion toward people trying to make a better life.

During that concert, Blacc introduced the set list as songs that have inspired him to be an artivist.

The show opened with Aretha Franklin’s, Think. Blacc sings as though his roots are in the church and the musical  arrangements  accentuated his vocal talent. He followed with his song, Love is the Answer, a soulful praise to the sentiment from his 2013 album Lift Your Spirit.

This set went on to showcase the Latin band, Cambalache. Made up of L.A. musicians, Cambalache’s primary concept of creating and exchange comes from building community through participatory music.

The final number was Cambalche’s De Lingo Gringo. I do not speak Spanish, but I understood three specific words:  gentrification, beautification and migration — the dialect of Americans.

Later, Blacc rendered a cathartic song that brought to mind the gun violence in this country. The song was Bruce Springsteen’s American Skin:

Is it a gun, is it a knife
Is it a wallet, this is your life
It ain’t no secret
It ain’t no secret
No secret my friend
You can get killed just for living in your
American skin
The Concentrates, playing a combination of cello, violin and drums, performed John Lennon’s Working Class Hero. It was a rich interpretation, juxtaposing classical and folk sounds between the violin, cello and Blacc’s vocals.

Rhythm and blues singer, Siedeh Garret made a special appearance to close the set. Blacc joined her in singing Michael Jackson’s, Man in the Mirror, for which she wrote the lyrics. The audience was rapt.

Blacc and The Brothers Band performed Teddy Pendergrast’s Wake Up, a song that encourages people to be the agents of the change they want to see. The problem, as Blacc sees it, is the songs  that make these social appeals are in the underground.

Speaking of underground, Blacc introduced another song as an ode to Native Americans, The Parasite by Eugene McDaniel.

In 1971, the administration of then-President Richard Nixon pressured Atlantic Records to pull the promotion of the album that included that song. The song has been described as a stinging critique of the root of American imperialism and its relationship to the genocide of America’s native populations.

This type of music speaks to the logic of activism, in a consumerist nation.