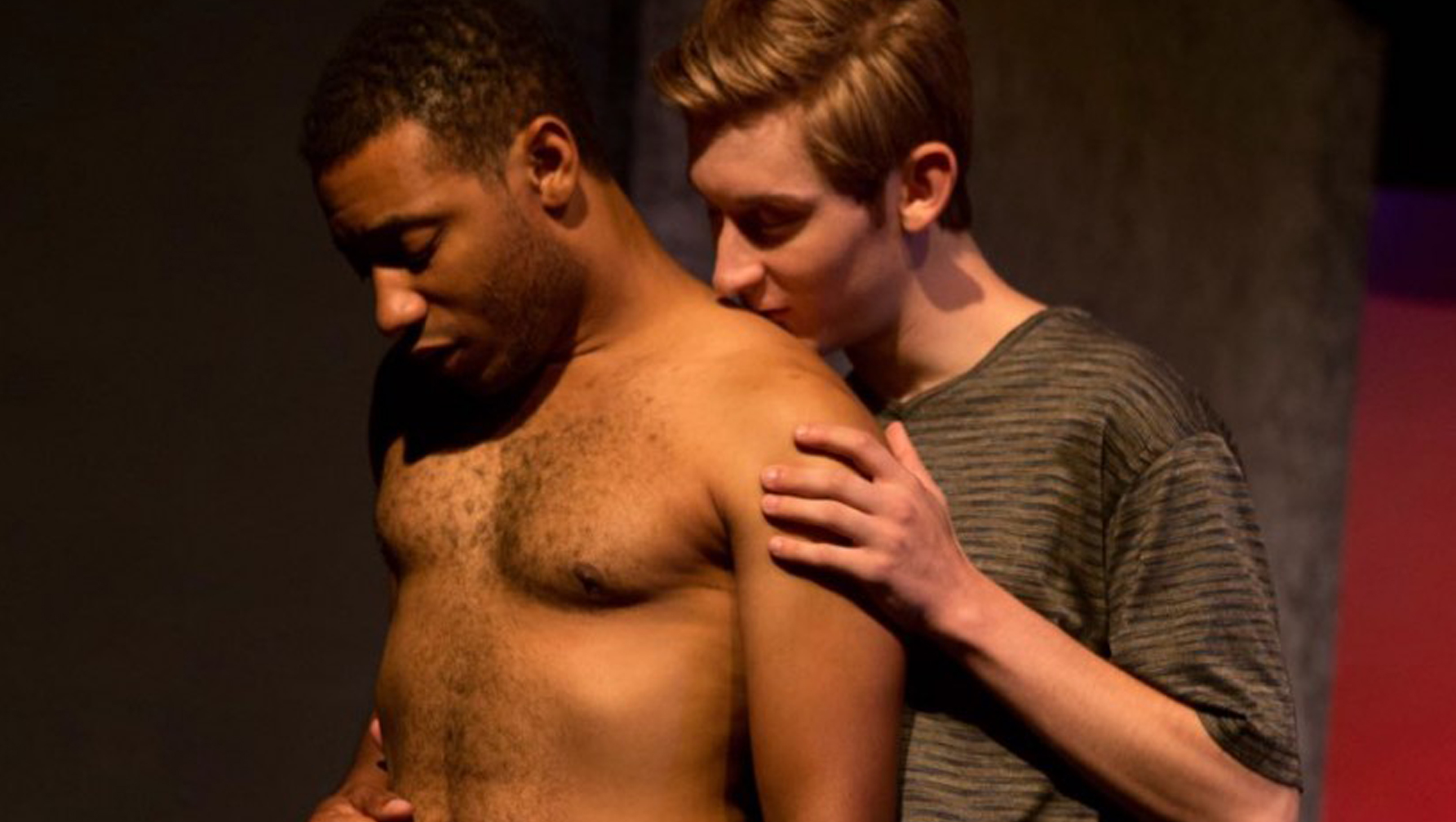 In a time when Caitlyn Jenner and Rachel Dolezal top the list of social media posts, it is easy to see how issues of identity take center stage in today’s society.

Cock, a play by Mike Bartlett, aims to challenge identity in our culture, in which the human experience is continuously simplified in an attempt to place people in boxes and label them according to various indices.

“It’s a universal thing; it’s people getting trapped in their labels and feeling that they are representative, more than individuals,” explained director Gregory M. Cohen, who recently brought the theatrical production to The Studio at the Long Beach Playhouse.

While aspects of Cock are funny, it could hardly be considered a farce. Its efforts to be comical seem to reach only a segment of the audience.

“Stand over by the fake door!” exclaims the main character at the beginning of the play. Somehow, some people found that breaking of the fourth wall funny because the production had a minimalistic setting. But its effect was both positive and negative.

On one hand, the actors and their audience were able to concentrate on the language and the acting, which is a good thing. On the other hand, the minimalism — evident not only by the lack of many fixtures on the stage, but also by transition from scene to scene through light dimming — made the play’s time transitions difficult to follow.

“This is the kind of show that an audience is going to catch up to” Cohen said of the play’s nonlinear structure. “The first few scenes are (just) kind of trying to figure out what’s going on. Then, they’re going to realize that we are skipping through time and then going backwards.”

Cock, set in London, centers on the life of John, played by Leigh Hayes. Having established a long-term relationship with his male partner (played by Evan Battle), John finds love in the arms of a woman (played by Lexington Vanderberg) during a brief breakup. What ensues is essentially a cock fight for his love.

Battle said he found things in his own life that helped him relate to the character he played. His character was consistent and emotional, almost to the point of being over-dramatic. However, anyone with experience in relationships knows that some of them are just as passionate.

The language in the play tries to stay true to its setting, and the actors do an excellent job using British accents.

“We talked about making it American and we felt that the language was so important to the show. It had to be British… but like I said, it’s universal,” said Cohen, adding there is very little punctuation and no stage direction.

“Cock” is British slang for “nonsense,” as well as an American missive referring to male genitalia. But it also alludes to the personal struggle the main character faces in the pen, or cock-fighting ring, of his own identity.

Often weak and insecure, John is the embodiment of a male chicken, juggling the love of two people and too afraid, or too unwilling, to chose one. He is fickle and weak — characteristics that Hayes, a thinly-built, young man­—adroitly conveys in his performance. What’s frustrating about Cock is that there are points in the play when you think John reaches a pinnacle of growth and strength, but quickly reverts to being a spineless twerp, who is unable to take responsibility for his own persona.

Throughout the play, John is asked to define himself, to take a label, but again and again, he fails to take a stand.

“Be yourself,” advises John’s female lover (none of the character in the play except John have a name).

“I have absolutely no idea who that is,” is John’s reply.

“You are being selfish. I think you need to figure out what you are, fast,” John is chastised by his male partner’s father. “It seems to me you’re confused. Who are you?”

“I don’t know what I am!” seems to be John’s flaccid response every time.

John’s responses and demonstrated character flaws make you wonder whether the play is counter-productive in its intentions. While it exposes its audience to yet another spot in the sexuality spectrum, which is good, it also runs the risk of furthering stereotypes about people who do not conform to monosexuality (either heterosexual or homosexual, but not both).

“It’s a possibility, but I feel that it’s more toward this character’s personality overall,” Hayes, who plays John, opines. “He’s just someone who doesn’t want to deal with conflict.”

Hayes, a method actor who drew from his own experience to bring out the character’s emotion, believes that John knows what he wants but he’s too afraid to do something about it.

“He feels that you can’t choose who you have sex with, in terms of sexuality; it’s not a choice. But I think somewhere deep inside he knows that love, you can chose,” Hayes said. “It comes down to how you feel about a person.”

To accentuate this point, Cohen clarified that the play is not about bisexuality.

“It’s about someone in a damaged relationship, searching to complete [himself] in another relationship,” Cohen said. “So, the sexuality is a side issue.”

Cock is at the Long Beach Playhouse through July 11. Tickets range from $14 for students, $21 for seniors and $24 for adult general admission. The play contains some nudity and language that may be offensive to some people.