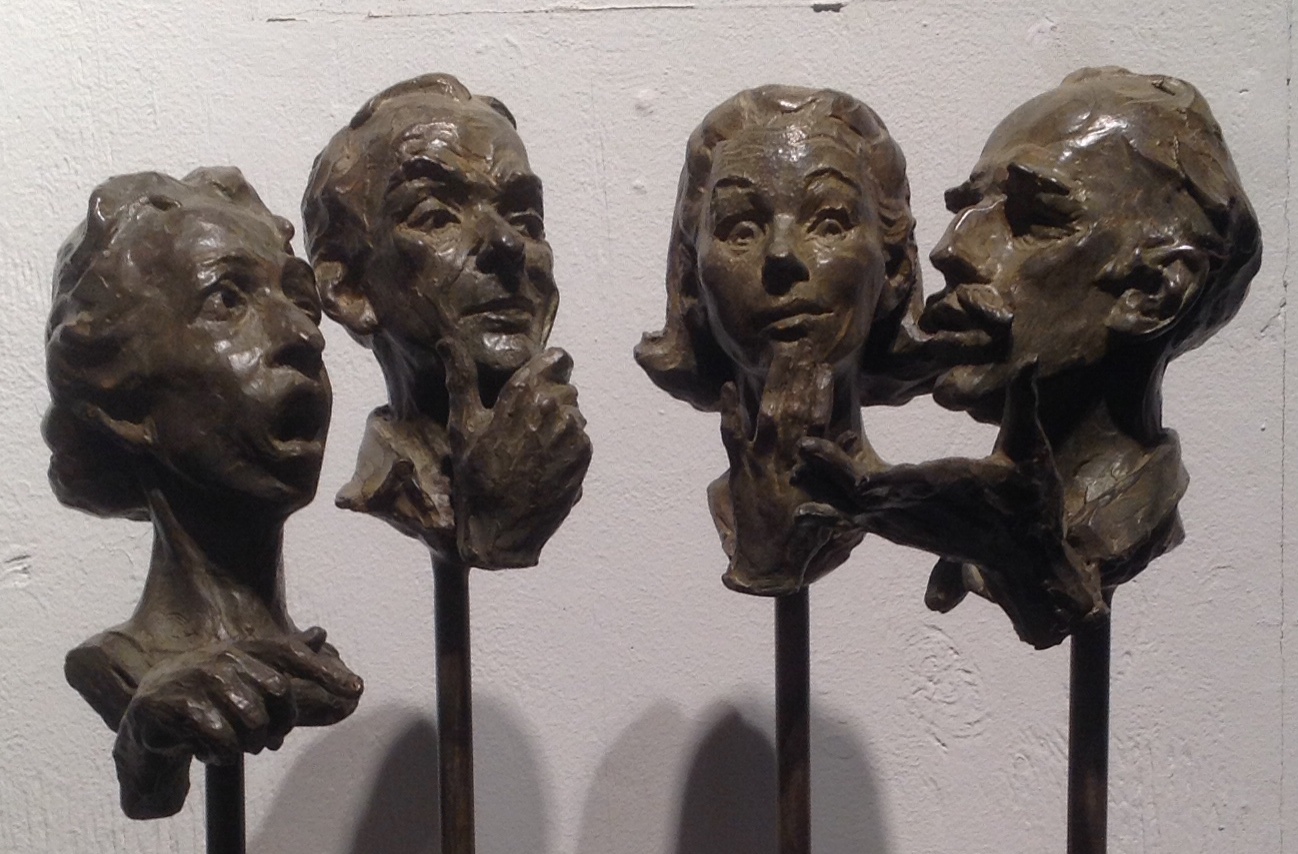 Artist Carole Hungerford, of the Loft Gallery at South Mesa Street, reported that she was the target of thieves who entered the gallery during the First Thursday Art Walk. The thieves took her car keys and made off with her 2003 White Dodge Caravan, license number: 5B1B780.

“The Conversation,” internationally renowned artist Eugene Daub’s bronze sculpture, was in her car.
Hungerford states that her keys were inside her Loft studio during the Art Walk on Oct. 2. She suspects the thief took the keys while she was speaking with a visitor and went into the parking lot to find the car that matched the keys.

“The Conversation” was in her car because the piece was going on loan to an exhibition at Harbor College featuring Daub’s work. It is doubtful that the car thief realized the value of the artwork. Daub is noted for his recent sculpture of Rosa Parks that was installed in the U.S. capitol. The sculpture consists of four 3-inch by 6-inch busts cast in bronze, which was unmounted on its base that the artist still has in his possession.

The monthly Art Walk is a community event attended by thousands of people from San Pedro and the surrounding areas. Artists open their galleries to the throngs during the monthly event, and food trucks and musicians attract a varied crowd.

If anyone has information regarding the vehicle or the art stolen it is recommended that they contact the Los Angeles Police Department at (310) 732-3500.