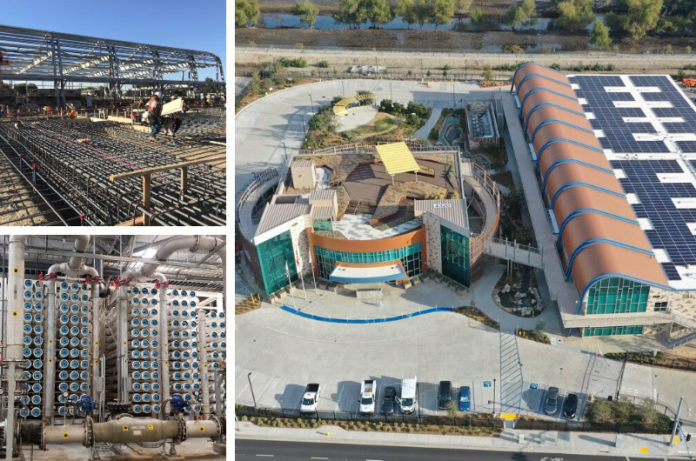 Lakewood – The Board of Directors of the Water Replenishment District, June 19, voted unanimously to support federal legislation to invest $500 billion over five years to repair, maintain and build urgent infrastructure projects nationwide. On a 5-0 vote, the Board endorsed the INVEST in America Act.

“This Board is throwing its support behind this legislation because we recognize how important it is to modernize our existing public infrastructure so our nation can realize its full economic potential,” said Board President Vera Robles DeWitt.

“This legislation will also improve our highways and bridges so they can survive the challenges of climate change and reduce gridlock – those are pressing needs,” said DeWitt. “It will incentivize the development of a national transportation system that places a premium on reducing carbon emissions and investments in public transit and passenger rail projects.”

Board director John Allen applauded the INVEST plan as a much-needed job stimulus package as well.  “After all the economic havoc caused by the pandemic, we need to jump-start the economy and put people back to work sooner, not later,” Allen said. “This legislation front-ends much of the spending to accomplish just that.”

“Investments in critical infrastructure ensure agencies like WRD can continue work on forward-thinking and innovative projects that increase our resiliency,” said WRD Board Treasurer Rob Katherman.

In February DeWitt and Allen met with U.S. Rep. Peter A. DeFazio (D-Oregon), chairman of the Committee on Transportation and Infrastructure, and the committee’s ranking member, Rep. Sam Graves (R-Missouri).

“It was a terrific meeting,” DeWitt said. “I think WRD is increasingly being seen in the nation’s capital as a thought-leader in the arena of public investment in infrastructure.600