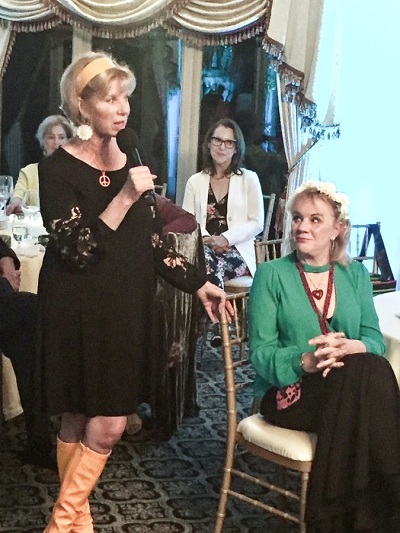 The City has learned that both Mayor John Cruikshank and former Mayor Brooks have tested positive for COVID-19 along with 15 others who attended this party at Trump National Golf Course . Both the current and former mayors are in home isolation. Mayor Pro Tem Eric Alegria, who also attended the party, is not exhibiting symptoms and has not been tested, but has chosen to self-quarantine. A City employee who was also in attendance has displayed symptoms and is self-quarantined, but has not been tested at this time.

City Manager Ara Mihranian and Interim Deputy City Manager Kit Fox did not attend the party, but are self-isolating out of an abundance of caution due to their interactions with those officials who did, including Mayor Cruikshank.

One source who attended the party, who wished to remain anonymous, told RLnews that the majority of people in attendance, most of whom were Republicans, ignored the directives about hand shaking, hugging and were in active denial of precautionary measures.

The one couple who attended the party was a doctor and his wife who had just returned from a cruise and were experiencing symptoms before attending.

In an update, the total number of people who reported being ill has now risen to 17.

See below for a previous story from The Easy Reader News.

“I told them that in light of the global virus situation, please stay home if you are not feeling well and if you do come, practice social distancing. No kissing. No hugging,” Brooks said in a phone interview on Sunday, two Sundays after the March 8 party.

Fourth District Supervisor Janice Hahn and Rancho Palos Verdes Mayor John Cruikshank were among the many, locally prominent political guests. Brooks served on the Rancho Palos Verdes City Council from 1991 to 1995 and again from 2011 to 2019. She ran unsuccessfully for Congress as the Republican Party candidate in 1994, 1996 and 1998.

The Sunday following her party, on the day Governor Gavin Newsom directed Californians over 65 to self isolate, Brooks sent a second, more alarming Evite.com message to her birthday party guests. A man who had attended her birthday party, she wrote, had called that day to tell her he and his wife had tested positive for the coronavirus.

Over the following week, 15 of her guests reported falling ill. Brooks subsequently tested positive and two of the male guests were hospitalized and placed on ventilators.

“They were both healthy, older men. It seems more of the men got sick than women. And there were couples who attended and only one got sick,” Brooks said.

It is not known how many of the other ill guests contracted the coronavirus because not all have been able to get tested.

Superintendent Hahn, on the day following Brooks’ message about the couple who had tested positive, announced she was going into self-isolation at her home in San Pedro.

“The supervisor has not been tested, but she shows no symptoms of the coronavirus and it has been two weeks since she attended the birthday party,” Hahn’s director of communications Liz Odendahld said Monday. Hahn wrote in a March 19 column for Easy Reader that she self-isolated because she is over 65. “I am following the Governor’s orders and it is important that you do, too,” she wrote.

Rancho Palos Verdes Mayor John Cruikshank did test positive for the coronavirus, creating a domino effect at City Hall. Because of their contact with the mayor following the party, City Manager Ara Mihranian and Interim Deputy City Manager Kit Fox, like Cruikshank, went into home isolation and city hall underwent a deep cleaning.

The usually upbeat Brooks used an unprintable word to describe how the illness made her feel. She said it was “the worst flu ever” and that she is struggling to keep her lungs from becoming infected because she has asthma.

“I was on FaceTime with my grandchildren today,” Brooks said. “They were showing me their Legos and stuffed animals and I felt like I was going to faint. I told them, ‘Grandma has to go lie down.’”

Brooks agreed to talk about her birthday party, she said, because she wants people to know how easily the virus spreads.

The guest who called Brooks to warn he and his wife had tested positive was Dr. Edward Piken, a local gastroenterologist. Three days after the birthday party, Piken and his wife Kelly dined at the Palos Verdes Country Club. The next morning, they tested positive for the virus, prompting the club to close until at least March 31. In a letter to members, the club noted the Pikens had recently returned from a cruise, leading to suspicion that the couple was the source of contagion at the Trump National birthday party.

Brooks agreed it is not possible to know who might have brought the virus to her party. She said a second guest exhibited coronavirus symptoms the day after her party, suggesting the guest would have been infectious at the party even without exhibiting symptoms.

Though the party was before “social distancing” was common parlance, before schools and businesses were closed and on the same day 20,000 people ran in the Los Angeles Marathon, Brooks said she encouraged guests to greet one another with toe taps.

“Some of the guests practiced social distancing, but others didn’t take it seriously,” Brooks said.

The ‘70s, disco-themed birthday party included a DJ, disco ball and dancing, but did not include a sit-down dinner. Servers passed hors d’oeuvres trays of lollipop lamb, coconut shrimp, ahi wontons and beef chimichurri. The bar served wines from the Boisset Wine Club.

“Maybe the virus was passed around by the hors d’oeuvres tray,” Brooks said. “We don’t really know. My doctor said my party shows how easily the virus spreads and how important it is to avoid groups.”

There were people mad at me because I didn’t invite them,” she said. “But they’re not mad at me now.” ER

Facebook
Twitter
Email
Print
Previous articlePower in a Time of Coronavirus
Next articleHawaii: In a Pandemic, No State Is an Island

Guidance on Closure of Sectors in Response to COVID-19

The tracker includes a map with the name, location and how much money each business received, and also groups recipients by industry.
Read more
Alerts

During the holiday weekend, beaches will be totally closed to all recreational activities. Beach parking lots will be closed, as well.
Read more