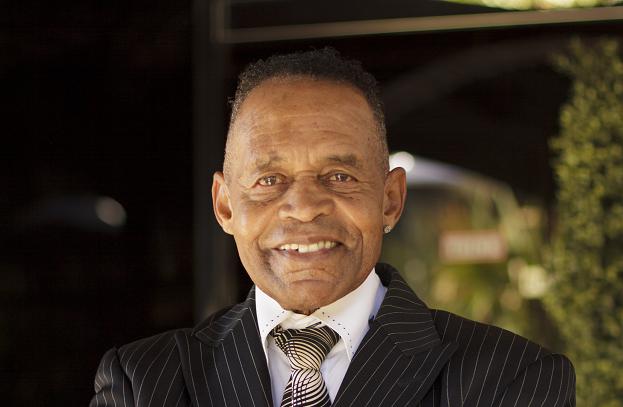 It really pays to check out local restaurants with live music. You never know what you might find.

During the 1960s Pennington worked as studio musician, as a percussionist and a vocalist, and at times he filled in as a vocalist for the Spinners and the Drifters.

The Spinners and the Drifters were two contemporaneous rhythm and blues groups that emerged in the early 1950s. They continue to perform to this day, supporting the idea that the group is greater than any one individual.

Rolling Stone magazine’s story, “100 Greatest Arts” called the Drifters the least stable of the great vocal groups of the time. They were low-paid musicians hired by George Treadwell, who owned the Drifters’ name.

The Spinners were a more organically grown group started by several friends in a housing project in Detroit in 1954.

Pennington wasn’t intimately connected to these bands, but he contributed his silky and smooth style frequently.

He looked like a million bucks. Neatly groomed and distinctively dressed, he wore black and white pin-stripe slacks, wing tip shoes, a white dress shirt with a black applique on the collar, and a black and white striped tie.

At 77, you’d think his repertoire only included old school R&B. It’s the opposite. Pennington is belting out hits like Michael Jackson’s Rock with You, Human Nature and his posthumous release with Justin Timberlake, Love Never Felt So Good. Pennington has even included Robin Thicke’s Morning Sun and Pharrell Williams’ Happy on his song list.

Originally from Kansas City, Mo., Pennington was reared in Los Angeles with his mother and grandmother. Pennington began his singing career at 11 years old in church. Back then, church went on all day long, he said. So he gained much experience, which set the stage for his future in music.

Pennington dropped out of high school early, married, started a family and went into the Navy. After his Navy service he went back to night school for his diploma. He attended Los Angeles Trade Tech College, El Camino College and earned credits through the Navy, combining all three to earn his associate of arts degree in computer languages. He went on to University of California Los Angeles earning a bachelor’s of science and eventually went to work at Hughes Aircraft as a chemist.

While serving in the Navy at Point Mugu, Pennington sang in a group called 4+1, with four marines, he was the only Navy man. The foursome participated in the 11th Naval District Talent Show and the top six acts would go on to perform on the Ed Sullivan Show. Pennington’s group came in seventh. He said those types of close chances were frequent in his music career, but it’s clear he is a musician who has always done well for himself through consistent work.

Pennington started professionally as a drummer playing bongos and congas with a well-known Latin and jazz percussionist of Puerto Rican ancestry. Through Bobo, he met The Drifters and The Spinners. Pennington called himself one of the unsung heroes. He sang first and second tenor and played percussion behind these groups while he was a studio musician at Epic Records. If one of them was sick or out for some reason, he stepped up to sing in their place.

During this time in the 1960s Pennington also sang at the Stardust Hotel in Las Vegas, all while still backing the Drifters and the Spinners and playing percussion in the studio. Two of the most popular songs he recorded on were Under the Boardwalk, with The Drifters, and I’ll Be Around, with The Spinners. He was a work-a- holic and says he still is.

Some of the musicians started having personal problems and addictions, so Pennington pulled away from the groups in the late 60s. Pennington shifted his energy to working at Hughes Aircraft full time.

When he retired in 1992, Pennington revived his musical career seemingly without missing a beat.

He met Spencer Chung, who owned Hong Kong Gardens Restaurant in Torrance. Pennington was purchasing karaoke equipment at an outlet in the same mall as the restaurant. When the owner of the outlet heard Pennington singing, he introduced him to Chung who was starting a karaoke night. Chung gave him a job singing in his restaurant and Pennington performed there for 13 years. He also performed at the Golden Lotus Restaurant in Palos Verdes for the next five years. In 2009, he got a gig at Think Prime Steakhouse and has been there since.

During the past five years Pennington has taken his brand abroad, performing in Beijing and Shanghai. He also consistently spent the first week of June and July singing at Harrah’s and at Rio, respectively, in Las Vegas until 2013.

Hearing Pennington’s smooth voice it’s no surprise that two of his biggest influences are Johnny Mathis and Marvin Gaye. He has covered Mathis along with other contemporary classics on his own CD titled, I’m in a Romantic Mood.

What fulfills this balladeer the most is connecting to his fans.

He relates a story from when he sang at The Golden Lotus. A doctor approached Pennington to tell him that when he came in the restaurant he had knots all over his body. But after having his dinner and listening to him sing for a couple of hours he was completely relaxed, free of pain.

“When a doctor tells you, you healed him— I felt 10 feet off the ground,” Pennington said. “Now of course, when I sing in the church I have that healing, that is (when) I get the most out of it. I’ve done what I’m supposed to do.”

Pennington continues to get gigs. He is starting a new residency at Beach City Grill on the second, fourth and fifth Thursdays of each month.

In recent years, during the holiday season local residents around the peninsula hire him to perform at their holiday parties—an opportunity resulting from his performing at Think Prime.

He sings at the steakhouse from 7 to 9 p.m. on Fridays. His lineup there includes R&B, jazz and contemporary classics such as Johnny Mathis, or songs from Phantom of the Opera.

“Everything from Uptown Funk to My Way, which even the young crowd loves,” Pennington said. “I love people and I love to see them happy. I’ve tried to live my life like it says in the Bible, ‘love thy neighbor as you love thyself.’ I think what people don’t pick up is this whole world is your neighbor. We have neighboring cities, neighboring countries, that encompasses everybody. God said to love.”

Pennington knew he would never get far from music but he also knew he had a paycheck coming every Friday from his gig at Hughes Aircraft. Many people who he sang with ended up having problems. Success is not for everyone, he reasoned. He wants young people in show business to realize that they have to be educated in handling money in order to keep their success and to always get an education.

See and hear Pennington live at the Beach City Grill in downtown San Pedro on March 10 and every second Thursday.