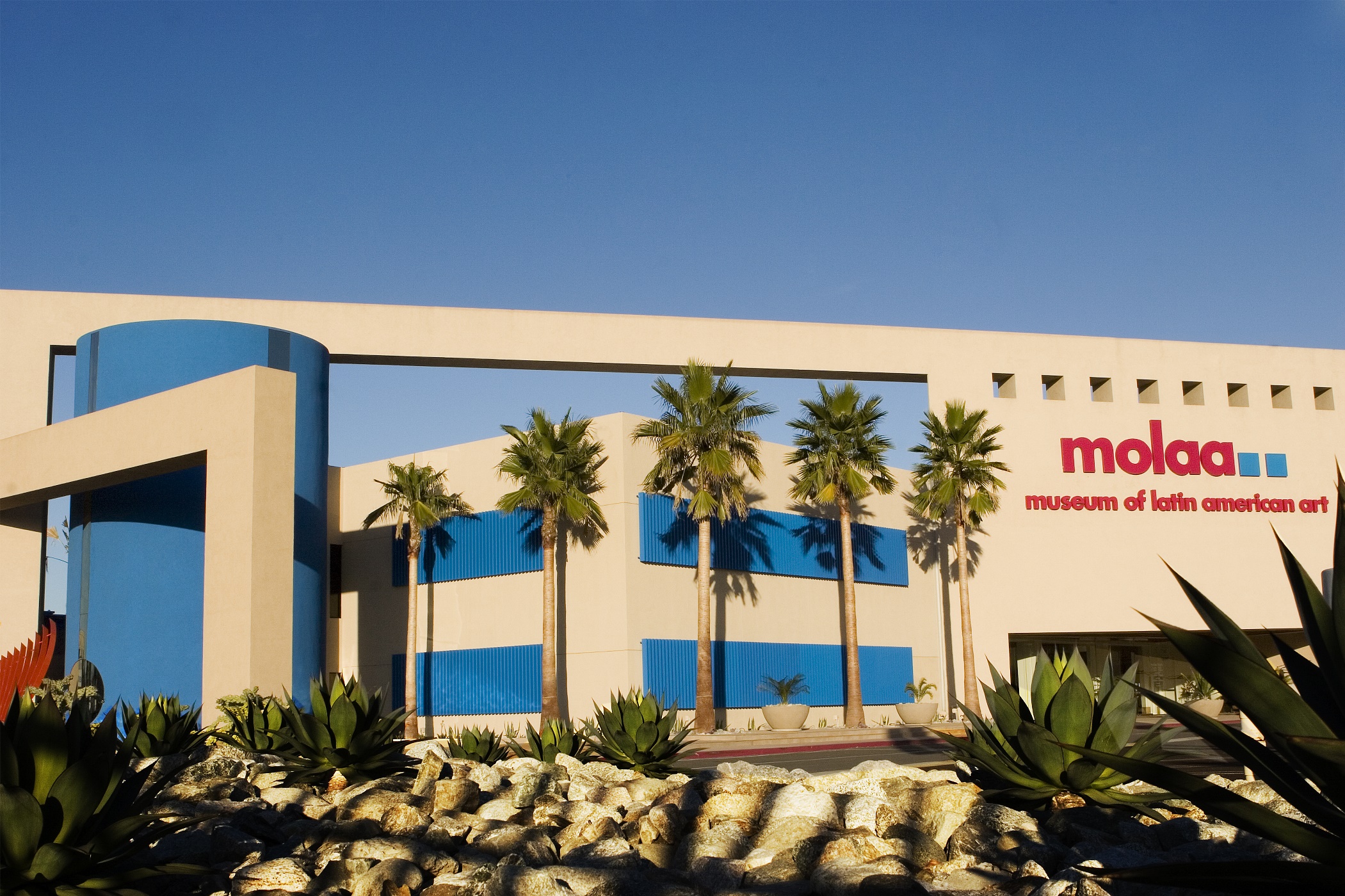 Since its inception in 1996, the Museum of Latin American Art, MOLAA, has worked under the constrictions of a mission statement that focused on the work of artists who have lived and worked in Latin America post 1945.

The question of what is Latin American art, and who falls under the definition has plagued the museum almost from the start. President and CEO Stuart Ashman, who came to the museum in 2011, led the efforts to clarify the mission of the museum.

At the April meeting of MOLAA’s board of directors, a resolution unanimously passed that clarified the definition of Latin American art to include Chicano art and art created by people of Latin American descent who have lived exclusively in the United States.

“I am very pleased that the Board of Directors of the Museum of Latin American Art took this important step,” Ashman said. “In addition to acknowledging the Latino artists in our region, this action will expand the museum’s ability to serve the community and maintain its relevance to an even larger audience”.

Founder Robert Gumbiner fell in love with Latin American art several decades before the medium was popular. His early collection was displayed in the Long Beach offices of Family Health Plan, the health maintenance organization that he founded. Gumbiner’s belief was that art had the power to heal the body and elevate the soul. He was also a man who loved a bargain and art from Latin America was an affordable investment when he began his collection.

Throughout the years the value of Latin American art increased and the museum he founded attracted artists and visitors from all of the United States, Latin America and beyond.

Long Beach photographer D.W. Gastélum serves on the advisory board at The Art Exchange, a Long Beach nonprofit that supports working artists and arts education. Gastélum expressed pleasure in the broadening of the mission statement.

“I see it as policy catching up with reality,” Gastélum said. “I agree with a statement by Latin Jazz musician Otmaro Ruiz, who said, ‘Latin America starts here (Los Angeles) and goes to Patagonia.’ There are a lot of different styles and experiences that go into making Latin American Art.”

“Some of us think that people who lived and worked in the part of the U.S. that fell under the treaty of Guadalupe Hidalgo, which was not that long ago, are Latin Americans and always have been. I think it is a positive step for MOLAA and I am looking forward to seeing additional dynamic exhibits there.”

Young local Latino artists who visit the museum find inspiration from the great works on display. Agustín Bejarano of Cuba, Fernando Botero of Colombia and José Gurvich of Uruguay all have a place in the permanent collection. But students and artists seeking the work of members of the Chicano art movement have been frustrated by their exclusion from the walls of the museum.

These artists did not qualify for exhibition under the constraints of the previous mission statement.
Long Beach Chicano artist, Steven Amado, who works under the name Chatismo, has a long history with the museum. He began his association with MOLAA as an intern in high school; now he is an educator at Jordan High School in Long Beach.

“When it first opened its doors back in 1996 all of the artists in the Los Angeles area were excited to have Latino Art being displayed in their local community,” Amado said. “We were astonished and grateful. After the excitement, we then realized that we had no shot at ever exhibiting at such a grand venue.

We had heard about the policy that only Latino artist living outside of the United States were allowed to exhibit. MOLAA has always been a great support and inspiration to many visual artists in southern California. It would be a dream come true to finally be able to display art in the museum here in the City of Long Beach, right in our back yard.”

In 2011 a crack was opened in the door to the art movement. The Getty Museum funded Pacific Standard Time. The sweeping collaboration of over 60 cultural organizations, Pacific Standard Time told the story of the birth of the Los Angeles art scene and how it became a major new force. MOLAA was given the opportunity to represent Latino artists in Los Angeles.

For the first time MOLAA opened its arms to embrace this branch of the family. The exhibition Mex/LA featured the work of many Chicano artists, including Rudy Cuéllar, founding member of the Sacramento-based artist collective the Royal Chicano Air Force, Andy Zermaño, Yolanda López, John Valadez and Harry Gamboa Jr. The first piece of artwork that visitors encountered when they came to see Mex/LA was Gypsy Rose, the famous lowrider car by Jesse Valadez Sr. that was installed in MOLAA’s lobby.

The museum can now officially open its doors to the entire Latino community – those living in their native countries, the United States or abroad. It is already planning its first Biennial of Latin(o) American Art in 2016 in conjunction with MOLAA’s 20th anniversary. This exhibit will bring 30 artists from the United States, Latin America and elsewhere and will be selected by three guest curators.

Amado confirms his pleasure at the recognition of his community of artists.
“I think it’s a great moment in history for the museum,” said Amado. “A time for celebration and a great accomplishment for today’s modern Chicano arts movement. Artists living in the United States of Latino descent can now strive for bigger better things and hope to be exhibited at MOLAA. It’s about time; we can dream big now.”

Andrea Serna was on staff at the Museum of Latin American Art from 2000 to 2008, where she worked as the membership marketing manager.