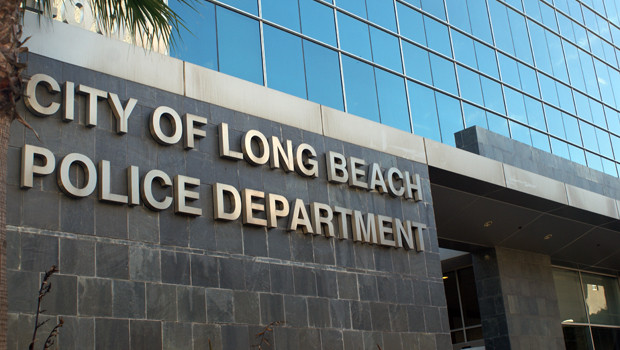 In response to a series of Public Records Act Requests, the Long Beach Police Department claims no public records exist pertaining to the nearly 100 raids of medical-marijuana dispensaries it has conducted over the last four years.

In response to allegations by several dispensaries that the LBPD has conducted numerous “warrantless raids,” Random Lengths News began filing Public Records Act Requests (PRARs) in an attempt to investigate. In response, as of November 2013 the LBPD stated that “approximately 88 search warrants [had been] served at marijuana dispensaries and related locations, of which about 76 of them came after the City placed a complete ban on marijuana dispensaries.”

In response to RLn‘s follow-up clarification that the request was for the total number of enforcement actions and not merely those for which there were warrants, Records Coordinator Theressa Graham confirmed that “88 is the total number based upon available records.”

So as to crosscheck whether the number of raids exceeds the number of warrants, RLn submitted a PRAR seeking a list of all enforcement actions taken by the LBPD between September 2009 and September 2013 as well as the pretext for each enforcement action (for example, “violation of LBMC 5.89,” Long Beach’s ban on dispensaries). But according to the LBPD, there is no public record containing such information.

“There is no such public record documenting ‘enforcement actions’ taken against illegal ‘medical’ marijuana dispensaries,” the LBPD stated. “Enforcement action comes in a variety of forms, including by both patrol officers and detectives. Any police action related to a medical marijuana clinic may come in the form of a call for service at a neighboring location and, therefore, not attributable to the marijuana store on its face.”

RLn then requested “any and all documentation of any sort pertaining to any and all enforcement actions or operations taken against medical-marijuana dispensaries” during the same time period. In response, the LBPD claimed that all pertinent documents are “investigative records [and therefore] exempt from disclosure under Government Code section 6254(f).”

The LBPD also says it has not kept track of the number of man-hours its officers have spent conducting such enforcement operations.

Government Code Section 6254(f) exempts from disclosure investigatory records, although among the disclosures required by Subsection 1 of the same chapter are “[t]he full name and occupation of every individual arrested by the agency, the individual’s physical description […], the time and date of arrest, the time and date of booking, the location of the arrest, the factual circumstances surrounding the arrest, [and] the amount of bail set […] except to the extent that disclosure of a particular item of information would endanger the safety of a person involved in an investigation or would endanger the successful completion of the investigation or a related investigation.”

Numerous arrests were made during many of the at least 88 enforcement actions against dispensaries; however, the LBPD disclosed no arrest information.

Subsection 2 of GC Sec. 6254(f) requires the disclosure of “the time, substance, and location of all complaints […] received by the agency and the time and nature of the response thereto, including, to the extent the information regarding crimes alleged or committed or any other incident investigated is recorded.” Nonetheless, the LBPD disclosed no information regarding complaints against dispensaries, although Chief Jim McDonnell, among other LBPD officers, have stated publicly on numerous occasions that some dispensaries have generated complaints.

Although he says he supports the Compassionate Use Act, LBPD Chief Jim McDonnell has been an outspoken opponent of dispensaries in Long Beach, consistently pushing the city council to prohibit their operation. In December 2013 he attempted to dissuade the city council from its apparent movement toward passing an ordinance that will once again allow dispensaries to operate, claiming that doing so will “severely limit” his police force’s ability to combat crime.

“We have been asked to devote more resources in the gang detail and the enforcement of realignment, prohibited possessors, property crime, and human trafficking,” he told the council. “Opening the door to marijuana dispensaries will severely limit our ability to respond to these and other items requested by the Council.”

Chief McDonnell did not respond to RLn‘s query about how allowing dispensaries to operate would limit LBPD’s ability to combat these crimes.

In an unrelated interview, RLn recently asked McDonnell about his philosophy in terms of the police department’s providing information to the press and public. “To be as transparent as we possibly can,” he replied. “I think the community has a right to know a lot of things, as much as we can share. [… W]ithin the bounds of what we’re allowed to, we try to be as open as we can be, because I believe that the more the public knows about the challenges we face and what we need from the community as far as them working with us, the more help there will likely to be.”

___________
*Note: According to Matthew Pappas, lead attorney in a lawsuit filed by multiple medpot collectives against the City of Long Beach alleging warrantless raids, prior to March 2012 the LBPD conducted “approximately 32 warrantless raids,” and that the City has in effect acknowledged that these were conducted sans warrants by failing to produce the pertinent warrants during the discovery process.

“In discovery, the City has produced no warrants, zero, concerning those raids,” Pappas says.

But Deputy City Attorney Howard Russell says this is untrue.

“We typically don’t try cases in the press,” Russell told RLn, “but [Pappas’s] allegation is not accurate.”

Greggory Moorehttp://greggorymoore.com
Trapped within the ironic predicament of wanting to know everything (more or less) while believing it may not be possible really to know anything at all. Greggory Moore is nonetheless dedicated to a life of study, be it of books, people, nature, or that slippery phenomenon we call the self. And from time to time he feels impelled to write a little something. He lives in a historic landmark downtown and holds down a variety of word-related jobs. His work has appeared in the Los Angeles Times, the OC Weekly, The District Weekly, the Long Beach Post, Daily Kos, and GreaterLongBeach.com. His first novel, THE USE OF REGRET, was published in 2011, and he is deep at work on the next. For more: greggorymoore.com.