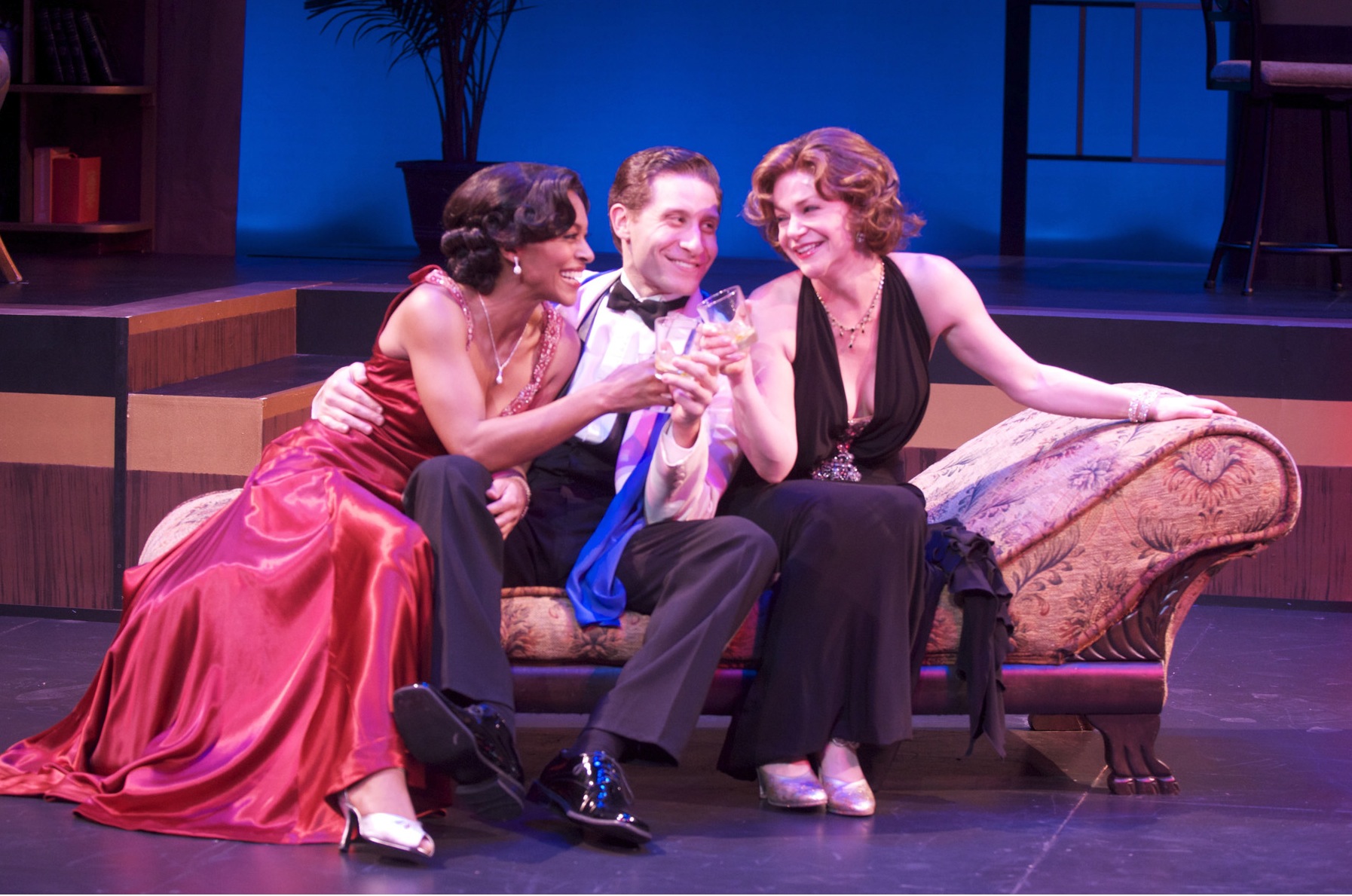 At the center of Let’s Misbehave, a recent musical built around the music of Cole Porter, are three friends who vow to fall in love by the Fourth of July. Although the time period of the play is not made explicit, the music, lyrics, and Art Deco urbanity lead us to infer this as sometime between the two World Wars.

Even though interracial couples have existed probably since the first time two different “races” came into prolonged contact, in pre-WWII American society, “Black-White” pairings were hardly the business as usual they are in today’s world, where our president is the product of such a coupling and we get a Super Bowl ad that not only features a White woman who is pregnant with a Black man’s child, but does so in such a way that their difference in ethnic extraction is completely beneath mention. The first cinematic depiction of Black-White marriage didn’t come along until 1964’s One Potato, Two Potato. Needless to say, then, that a Black-White couple during the time of Let’s Misbehave would have been generally noteworthy.

But we don’t live in that time. So it is that for its current production of Let’s Misbehave International City Theatre cast Jennifer Shelton as Alice without regard to the fact that Shelton is Black, even though during the course of the show Alice falls in love with Walter, who is played by Mark Ginsburg, a White man.

American society might not be post-racial, but ICT’s casting is. When Alice and Walter kiss, contextually it’s not an interracial kiss, because skin color is not meaningful here. Were ICT staging Othello, that would be a different story, because Othello’s pigmentation is an explicit part of the proceedings. But there was no cause for ICT to make such consideration when casting of Let’s Misbehave. Shelton and Ginsburg are simply two fine actors able to give voice to Porter’s work. When their characters gaze into each other’s eyes, when they kiss, they are two souls in love, nothing more.

Because there certainly were people in the first half of the 20th century who did not consider skin color in the casting of their own friends and lovers, it’s not quite right to say that a play set in this era that features an interracial color without brining any attention to this fact calls for suspension of disbelief. But disbelief is what many of us today feel at the idea that not so long ago neither couples nor casting directors could be truly free of such considerations.

One of cinema’s landmark moments on the subject, 1967’s Guess Who’s Coming to Dinner—released just months after the Supreme Court’s Loving v. Virginia decision struck down legal barriers to interracial marriage—is a case in point. Despite the film’s message being that skin color shouldn’t be a barrier to love, director Stanley Kramer reportedly cut scenes of Joey (played by Katherine Houghton) and Dr. Prentice (Sidney Poitier) kissing. The only one that wasn’t left on the cutting-room floor was a shot of the couple smooching in the back seat of a taxi as seen through the rearview mirror of an uncomfortable cabbie.

Strategically, Kramer almost had to make the cuts. Just by leaving in a single, fleeting shot of a Black man kissing a White woman he risked the film’s not being show in the South—where, obviously, its message desperately needed to be heard.

Not that the South was the only place. During that same year President Lyndon B. Johnson received from Secretary of State Dean Rusk an offer of resignation. The reason? Rusk’s daughter planned to marry a Black man, and Rusk feared saddling Johnson’s presidency with such a political burden. Not surprisingly, Johnson, who three years earlier had signed the Civil Rights Act into law, refused Rusk’s offer.

Today is a different time. No-one thinks of resigning from any organization this side of the Ku Klux Klan just because his White daughter takes a Black husband. No director edits his film around potential problems associated with two actors of differing pigmentations pressing their lips together. And theatre companies feel free to cast against the expectations of a bygone era when those expectations are neither here nor there in telling the story onstage.

Perhaps no-one seeing ICT’s production of Let’s Misbehave will be put in mind of such issues. And that is a consummation devoutly to be wished. But Black History Month is not only about where we’ve been: it’s also about where we’ve come. The present is always part of the historical continuum, and it’s good to recognize the ways in which where we were is not where we are.

This is not to say American society has completely arrived on the question of race. How do you fully deliver a society with slavery at its roots and the weeds of racial inequity living all around us? It seems no-one has an answer, but undoubtedly it is a good step on the journey in that direction for us to continue to drop considerations ethnic extraction where they simply make no difference.