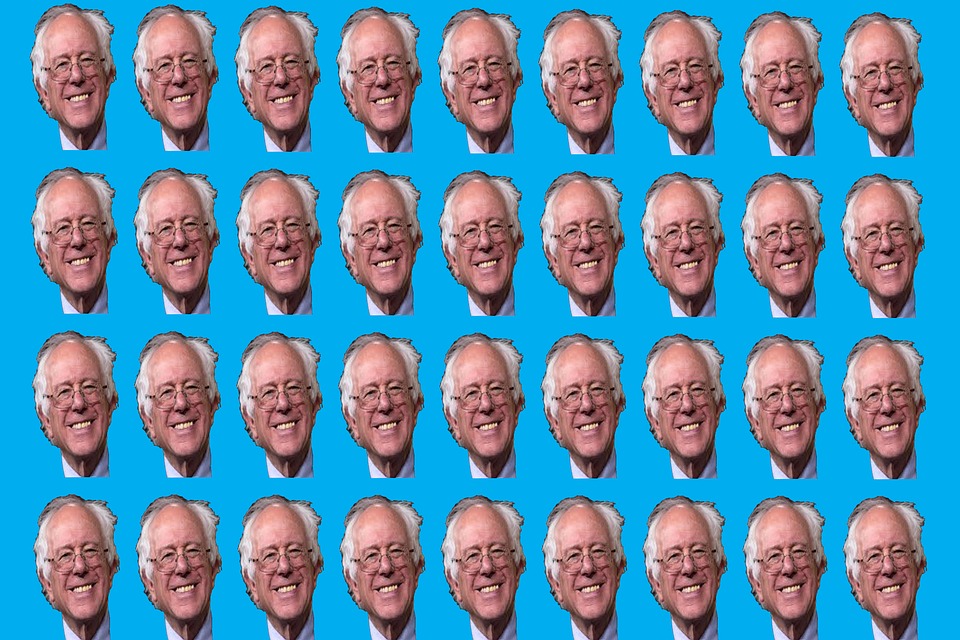 The Presumptive Nominee seems to be in trouble. Reuters just released a national poll showing that “Joe Biden’s advantage over President Donald Trump in popular support has eroded in recent weeks” — and the contest is “essentially a toss-up.” In a half-dozen key swing states, Biden is only up by an average of 4 percent. Even among the Democratic faithful, enthusiasm for Biden is low. Among the young, it’s been close to nonexistent.

The myth that Trump will defeat himself expired the night before Hillary Clinton gave her concession speech. Yet it persists as Democratic Party power brokers and many pundits go easy on Biden and humor his repeated boast that “I’ll beat him like a drum.” Biden remains firmly stuck in a mindset that makes it highly unlikely he can incentivize the big turnout of progressive voters that’s needed against Trump. That mentality goes unchallenged in standard corporate-media framing, which evades basic political realities of economic inequality.

Using a common bromide from mainline journalists, the Washington Post reported on Tuesday that “Democrats have been split since 2016 over whether energizing black voters or winning over some white working-class voters in the industrial Midwest represents the best shot for the party in November.” That kind of either/or framing was rejected – and somewhat transcended — by the Bernie 2020 campaign. For good reason. As pollster Stanley Greenberg has emphasized, the Democratic Party doesn’t have a “white working-class problem” — it has a working-class problem.

The perception that the party is in the pocket of the rich has damaged support and undermined voter turnout from working-class people of all races. As a thoroughly corporate politician, Biden is ill-positioned to change that perception. But if the 2020 Democratic National Convention (likely virtual rather than in-person) can move the party in progressive directions, the chances of effectively deflating Trump’s phony pseudo-populism would improve.

That’s where Bernie delegates can come in.

Of course, the Biden team would like the national convention to be a smoothly corporate affair without appreciable leverage from progressive forces in terms of deciding on party rules and the platform. Whether Biden can stifle those forces may depend on whether the Sanders campaign can win enough delegates in upcoming primaries to reach the 25 percent threshold that’s required for bringing proposals to the entire convention.

Right now, with 20 primaries still to come, surpassing the 25 percent mark is certainly within reach. While the official Sanders campaign has nearly disbanded, some grassroots Bernie supporters are continuing or restarting their work. In many states, the Our Revolution organization is assisting local activists to get out the Bernie vote. The potentially historic significance of such efforts got a boost this week when a federal judge reinstated New York’s Democratic presidential primary set for June 23. The court reversed a state board of elections decision to cancel that primary — a

decision widely understood to be at the behest of the state’s establishment-oriented Democratic governor, Andrew Cuomo.

“Bernie’s campaign has suspended, but the movement to fight for the Bernie platform must go on,” said Claire Sandberg, who was national organizing director for the Bernie 2020 campaign.

Sandberg added: “People who recognize the urgency of issues like ending the wars, canceling student debt, and enacting Medicare for All and a Green New Deal must work together to ensure progressive voters make their voices heard in the remaining primaries. It’s also vital that Bernie supporters rally behind down-ballot progressive candidates, whose fortunes may be determined by small margins. For those reasons, I support this effort to mobilize Bernie supporters to cast their ballots through the end of the primary.”

Former Bernie 2020 national co-chair Nina Turner, who also spoke on a Once Again kickoff livestream on May 5, summed up: “We have had enough of the status quo policies that do not change the material conditions for the poor, working poor and middle class in this country. We intend to keep pushing for a government that works for everyone.”

Corporate media and powerful Democrats are eager to portray the 2020 Democratic presidential race as a thing of the past. But progressive activists have some very different ideas.

Norman Solomon is co-founder and national director of RootsAction.org. He was a Bernie Sanders delegate from California to the 2016 Democratic National Convention. Solomon is the author of a dozen books including “War Made Easy: How Presidents and Pundits Keep Spinning Us to Death.”