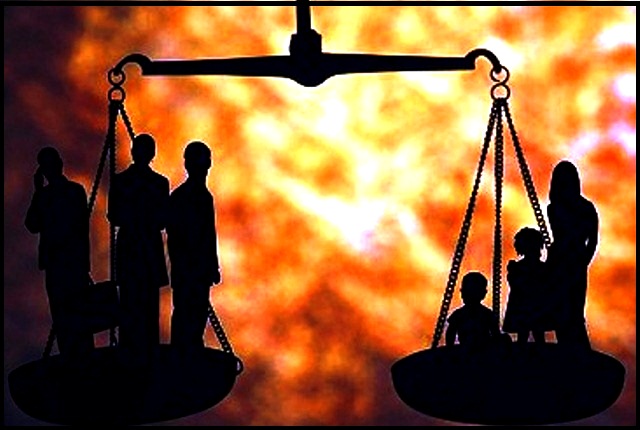 The present state of our country and of our world beckons to all of us. As we confront climate change, multiple refugee crises, the threat of global conflict, and a disturbing normalization of fascism, our collective future mandates that we unite around calls for justice with a sense of urgency – justice for women, justice for LGBTQ communities, justice for immigrants, justice for racial and ethnic minorities, justice for religious minorities, justice for the economically disenfranchised, justice for our environment. We are called to defend the self-evident truths upon which democracy is built – equality, freedom, and the ability to pursue personal fulfillment – from forces rooted in falsehood, manipulation, and demagoguery. To do so, we must inform ourselves thoroughly and organize effectively. It is in this spirit that I support the Sanders Institute in actively engaging citizens and media in the pursuit of progressive solutions to economic, environmental, racial, and social justice issues.

The Sanders Institute’s focus on individuals and media speaks directly to the terrain of the digital age. Its emphasis on progressive solutions speaks to our collective need to defend our highest ideals by effecting positive change. While mendacity can be a shortcut to power, that power is ultimately unsustainable. We must speak powerful truths to power; truths rooted in our diversity and interconnectedness. In recognizing the ways in which we all have something to contribute and the ways in which we all depend on one another, we harness the value of our differences to establish powerful coalitions; coalitions that can effectively counter the rigidity and isolation of illiberalism. As a Fellow of the Sanders Institute, I offer my experience in supporting social justice movements around the world on issues like environmental justice, labor, economic inequality, and racism, and I hope to inspire a new generation of socially engaged citizens in fighting for justice and equality for all.

This short book of poems contains one poem in particular that deserves widespread attention for various reasons.

It is about [Charles] Bukowski, a writer of considerable renown and admiration for his fearless comments, hilarious observations and sheer honesty about his decrepit life.

Above all qualities endowed in his work was his gift for irony that he shares with the reader. The gift seems to have seamlessly morphed into the Allen masterpiece, The Conviction of Bukowski. I wish I had written the poem. Even more, I wish I had the perception displayed in this poetic gem.

My daughter … will take a Bukowski book and wander over to the Bukowski grave and read his priceless prose while enjoying the … peace of Green Hills.

Each of the poems feature visions of people Mr. Allen came in contact with.

I can only dream that when and if there is a Shadow Lands II, a poetic homage to me will be included. Right! That will be the day.

Jim, thanks for the kudos but do note that all of the people written about in this modest tome are deceased and you should not wish too earnestly to be included in the next round.  All I can say about writing about the dead is that they generally don’t object very much. It’s far safer than writing my column.

Our undocumented family members, friends and neighbors are at risk every day of being detained and deported by ICE. With a president willing to pardon the worst kind of immigrant scapegoating, even when it’s criminal, we are seeing the slippery slope that is caused by allowing sheriffs to get involved in immigration.

In California, Gov. Jerry Brown has made concerning statements about some of the strongest provisions of Senate Bill 54, the California Values Act. Call Governor Brown and tell him that we want SB 54 passed as it is written, not a watered-down version that puts our community in harm’s way.

SB 54 has already passed the California Senate with super majority support, but the Sheriffs Association is adamant at bullying Governor Brown and legislative leaders to water down the bill. Governor Brown should listen to the community and not the sheriffs. We know that when people fear being detained and deported by ICE, they are less likely to report violent crimes. This in turn makes our communities less safe and forces innocent people to live in a constant state of fear. Sheriff Joe Arpaio in Arizona exemplifies the abuse of power that our fellow residents are subjected to.

Californians deserve safe access to schools, health facilities, courthouses, libraries and other spaces, but that cannot happen now, and it won’t happen if Governor Brown bends to the pressure of sheriffs, Jeff Sessions and Trump. Trump’s deportation machine puts everyone at risk; by mandating that state and local law enforcement coordinate with ICE’s harmful policies, precious resources are being diverted from fighting the crimes that actually put communities in danger.

No human being is illegal. Call Governor Brown and tell him to support SB 54, the California Values Act, not a watered down capitulation to Trump and ICE that endangers our friends, families, and neighbors.

Governor Brown and the Assembly need to do the right thing and pass a strong California Values Act. Make sure they stay strong and protect millions of undocumented Californians.