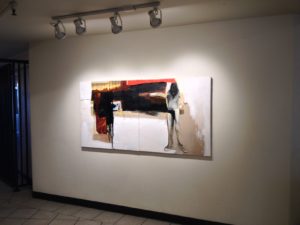 SAN PEDRO — Four men and a woman are suspected of stealing painting valued at $10,000 from TransVagrant /Warshaw Gallery in San Pedro.

The incident took place at about 7 p.m. July 7, during the First Thursday Artwalk in San Pedro. Security cameras caught the group of five people, all between 18 and 25 yearcos of age, walking into the gallery through 6th Street.  The group lifted an oil on canvas painting by Neil Nagy named, Escondido 2004 and exited through the backdoor and onto the alley. Two of the suspects were seen turning west and onto Pacific Avenue.

LONG BEACH —  A bicyclist was killed July 9, after being hit by car on the 400 block East Market Street in Long Beach.

When police officers arrived at the scene they found the woman unconscious and the bicycle severely damaged. She was taken to a local hospital where she died shortly after arriving.

The Kia was later found abandoned in a parking lot in the 5300 block of Atlantic Avenue. The car had major front-end damage and a smashed windshield. Further investigation revealed the suspect vehicle, a 2013 Kia Optima, was reported stolen in a carjacking in the area of Pacific Coast Highway and Pine Avenue, in Long Beach, on July 8, 2016.
Anyone with information regarding this incident is asked to call (562) 570-5520 or visit www.LACrimeStoppers.org.

Traffic Fatality May Be Suicide

LONG BEACH — Investigators said that the death of woman, who was hit by a car near Cherry Avenue and Market Street, may have been a suicide. .

The incident took place about 10:30 p.m. July 6, when officers arrived at the scene, they found the woman laying on the street near Cherry Avenue and Cherry Avenue Industrial Circle.

A passerby had begun administering life saving measures on the victim, which officers continued until Long Beach Fire Department paramedics arrived. The woman sustained serious injuries. She was taken to a local hospital in critical condition. She died the following day.

Officials said the woman had run into traffic and was struck by a 2004 Nissan 350Z travelling north on Cherry Avenue. The woman, who had met with an acquaintance, was distraught. She had commented to her acquaintance that she was contemplating running into traffic. She ran into the street and was struck. The Los Angeles County Coroner’s Office will release victim’s identity at a later time. The driver ‘s was interviewed and released.

Anyone who may have witnessed the incident is asked to call (562) 570-7355 or visit www.lacrimestoppers.org. 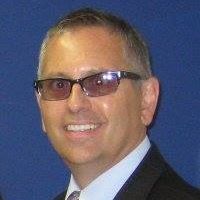 LONG BEACH — On July 8, four people were charged in a superseding indictment unsealed today for allegedly participating in a scheme.

The four people submitted more than $50 million in fraudulent claims to California’s Drug Medi-Cal program for alcohol and drug treatment services for high school and middle school students that, in many instances, were not provided at all or were provided to students who did not actually have substance abuse problems.

Two of the defendants worked at the Long Beach-based Atlantic Health Services. President and Chief Executive Officer, Richard Mark Ciampa, was among those arrested.

The superseding indictment, which charges the defendants with health care fraud and aggravated identity theft and charges Ciampa with money laundering, alleges that Atlantic Health Services was paid more than $46 million after it submitted false and fraudulent claims for group and individual substance abuse counseling services.

The superseding indictment alleges that, during a 10-year period through April 2013, when Atlantic Health Services was shut down following a suspension of payments, Atlantic Health Services submitted bogus claims for payment to the Drug Medi-Cal program.  Ciampa and Hearns are alleged to have caused the submission of these false claims and created an environment for rampant fraud by constantly warning Atlantic Health Services managers and counselors that they would lose their jobs if they did not increase the billing.  Ciampa also directed managers and counselors to bill for two crisis intervention sessions per student per month, even though crisis interventions were to be billed only if the student had relapsed or faced an imminent threat of relapse, neither of which could be planned in advance.

LONG BEACH — JetBlue was fined more than $56,000 for noise violations between April and June. 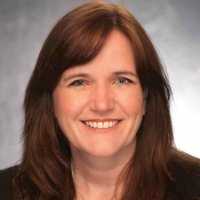 LOS ANGELES — On July 11, Los Angeles Mayor Eric Garcetti announced the appointment of Jeanne Holm as senior technology advisor.
Holm will continue serving as deputy chief information officer in the city’s Information Technology Agency — managing the agency’s Customer Engagement Bureau and working with Chief Information Officer Ted Ross on issues ranging from homelessness to traffic management.
Holm replaces the city’s previous highest-ranking technology officer, Peter Marx, who is returning to the private sector as an executive director in software development at GE Digital.
Holm has served as NASA/JPL’s Chief Knowledge Architect, creating some of the world’s largest collaboration systems, including an award-winning NASA portal that reaches billions. She was also Evangelist for the White House open data initiative, helping to build communities and introduce new technologies in partnership with the public, educators, developers, and international and city governments.
She most recently worked with the World Bank to create tech startup cultures and improve government practices in education, health, agriculture, and social justice in Sierra Leone and Uganda. Holm is a fellow of the United Nations International Academy of Astronautics and has been recognized as a Distinguished Instructor at UCLA. A third-generation Angeleno, Holm is a graduate of UCLA and Claremont Graduate University.