The Upside, the Downside and t... 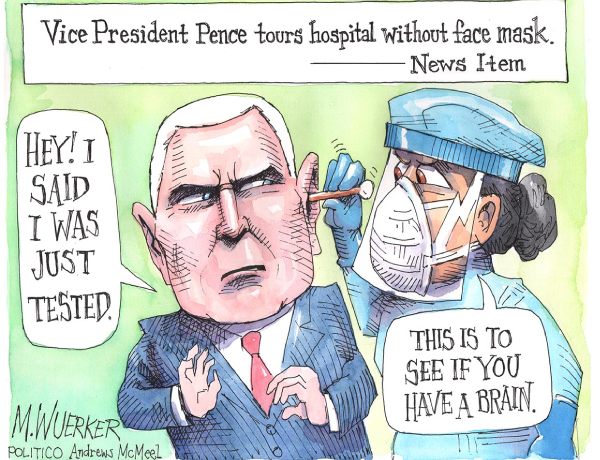 The Upside, the Downside and the Downright Stupid

Coronavirus is a dangerous opportunity

The thing about a crisis is that it brings out both the best and the worst in people. It exposes those with true leadership skills and those who lack it and it reveals the people who just want to sit in a chair or grandstand at the bully pulpit only to expose how truly ignorant they are. Every crisis has opportunities both good and bad. This COVID-19 pandemic has both.

The upside of it is that in Los Angeles we haven’t had such clean air or mild traffic conditions since they did away with the Red Cars. Not that many of us are traveling anywhere soon, but the price of gas is at a six-year low and will probably drop lower. And, for the most part we have the majority of the population following the rules (except in Huntington Beach) about face masks, social distancing and hand washing. Just when was the last time this happened?

Crime is down significantly. Also, when was the last time the federal government just decided to send you a check, not a tax refund but just because you needed some cash?

Oh yes, people just seem a lot more considerate too — it has something to do with facing one’s own mortality, I suppose — making everyone a bit more humble. And, the amount of recognition the frontline workers of the “essential economy” are receiving is really quite amazing — nurses, doctors, grocery clerks, janitors, delivery drivers, home care workers and the people who pick your produce. When have these people ever been considered heroes for doing their jobs? They don’t wear badges or impressive uniforms while saving people from burning buildings, but still here they are the heroes of this pandemic 2020.

Mayor Eric Garcetti and Gov. Gavin Newsom both have taken the lead not only with the coronavirus but the plague of homeless simultaneously. It’s about time. It takes a crisis to solve a crisis I suppose, but I predict we’ll cure the COVID-19 pandemic before we cure homelessness.

There are thousands of people in Los Angeles who have stepped up to help these more vulnerable neighbors and others who may go without food or perhaps toilet paper, who have filled the vacuum left in the wake of this crisis. These are the people I consider true patriots, real Americans, who selflessly sacrifice for the common good. This, of course, comes in direct response to the lack of leadership at the very top.

I find it even more gratifying that in a corporate commercial culture that we operate in, where everything has a price tag and competition is taught like a religious mantra, that the words “we are all in this together” has become the slogan of the day. One that I hope we don’t forget moving forward out of this lockdown and one that reveals how just interconnected we all are biologically, socially and economically. It even sounds a bit like the slogan adopted by the International Longshore and Warehouse Union, “An injury to one is an injury to all.”  A radical idea from the progressive era around the time of the 1918 pandemic.

This newly popularized idea might just give the working class of America the thought that the real wealth of this nation comes from their productive work and not the “trickle down” from above. If they ever became fully cognizant of this fact that wealth is created from the bottom up and acted upon the intent of that slogan for better wages or national health care or stopping the next war, the government would have to concede much like it has today, in less time than it takes Donald Trump to spell hydroxychloroquine.

Now, the down side is nearly every small business in America is hurting, many may go out of business or barely hold on praying to get a payroll protection payment — a Small Business Administration loan that may be forgiven or maybe not. Still, when has the federal government ever been so generous to small businesses? The chaos of the response to this pandemic has exposed a vulnerability in our healthcare system, the supply chain of pharmaceutical products not produced in North America and the incompetence of the federal government to execute a coordinated national strategy to both defend from and deal with the pandemic once here.

The daily changing of positions from the White House briefings to whatever is twittered have just become so bizarrely farcical that the only way to deconstruct them is to listen nightly to the comedy of Stephen Colbert or John Oliver. The problem is that no one takes the most powerful president in the world seriously anymore, except when he threatens a governor or the World Health Organization with stopping funding, or says something erratic about using disinfectant to treat the virus. Then it’s like walking on eggshells. Don’t piss The Donald off or he’ll throw a tantrum and then fire the only person standing next to him that’s not kissing his ass.  Is he actually suspending his daily briefings or is this just another zig in his zag?

Clearly, we’ve all seen incompetence before, even willful ignorance and self-indulgent narcissism, but I don’t think this nation has ever elected a president who personifies all three and then allowed him to just grift the system for his own benefit. This is just down right stupid and yet here we are with a guy totally unfit for office who couldn’t be convicted of impeachable crimes, with all the evidence pointing to guilty, and who still has poll ratings of over 40%. We have to ask ourselves how did this happen?