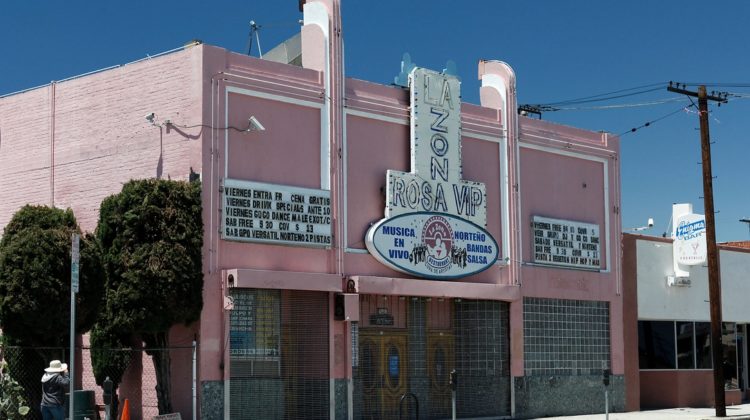 The proposed development will take up most of the block, said Jonathan Lonner, a representative of Burns & Bouchard Inc., the company that is representing RKD 13 PAC., LP, which owns the property. The site was a dance club, and before that, a bowling center.

The planning commission granted three significant bonuses — that is, special exceptions to zoning laws — that were requested by Burns & Bouchard Inc. The bonuses will allow the developer to reduce required open space by 20%, to increase the project’s height by 15.5 feet and to increase floor area. The developers argued that the bonus was justified due to the inclusion of 12 very low-income units. In addition, the developer asked for a decrease in the size of the rear yard setback, which is the amount of space between the building and the curb. The requirement is 16 feet, but the developer requested 5 feet instead.

The developers’ request for less open space is based on their contention that the building will have open space, but that said space is considered a “side yard” and city regulations do not consider it as part of the building’s open space.

The planning commission’s approval of the bonuses came under the advice of Los Angeles City Planner Connie Chauv.

However, Coastal San Pedro Neighborhood Council did not support the project. Robin Rudisill, board member of that council, said the developer’s plan was misleading in that it only provided a view from the side and front, not showing the entire block of adjacent homes.

“The project is adjacent to and will tower over an entire block of fairly low-scale residences which is one of the biggest issues of this project,” Rudisill said.

In addition, Rudisill took issue with the requested relaxation of the city’s regulation.

“They’re not just requesting a little over the maximums allowed,” Rudisill said. “They’re requesting a 52 percent height bonus and a 77 percent FAR [floor area ratio] bonus, which is over the top and outrageous, especially considering the bare minimum of affordable housing they’re providing, which clearly does not require the extraordinary level of density bonuses requested.”

Noel Gould, who is also a board member of Coastal San Pedro Neighborhood Council, was also critical of the project, but specified that he did not speak for the council. He pointed out that public records for the project are not accessible because the offices that hold them are closed. In addition, he said the records are inaccurate.

“Page eight of their planning shows the entire area spans through Grand Avenue; it’s a gross misrepresentation, yet it fails to show the numerous adjacent residential homes over which the development towers,” Gould said. “It’s only one of a plethora of misleading documents supplied by the developer.”

Gould said the project should be considered alongside the developer’s project at 2111 Pacific Ave.  and said they were originally considered together.

“One project does not rely on the other in order to move forward, so it is not considered piecemealing,” Chauv said.

John Smith, a 16-year resident of San Pedro, observed that the 1309-1331 S. Pacific Ave. project did not have community support.

“At the meeting at the San Pedro Municipal building, it was overflowing out the hallway with residents,” John Smith recalled. “There were only two witnesses other than the developer in support.”

One of those two was a neighborhood council member, Smith said. He went on to say the proposed development was out of scale with the surrounding buildings and did not take into consideration the concerns of the neighbors.

“Traffic and parking are massive problems that this will contribute to,” John Smith said.

However, the entire community was not against the project. Steve Smith, another San Pedro resident, said he supported the project because the area needs more quality housing.

“This is a dilapidated block in San Pedro, we recently had a murder and stabbing right in this vicinity,” Steve Smith said. “The developers are taking an extreme risk building in this area, but it’s something we need.”

Aksel Palacios, the planning deputy for Councilman Joe Buscaino, also expressed support for the project. He recognized that there was opposition from the community, but said that the shortage of housing in California justifies it. He said the point of the density bonus program was to create affordable and market-rate housing.