Charter School Movement Out to... 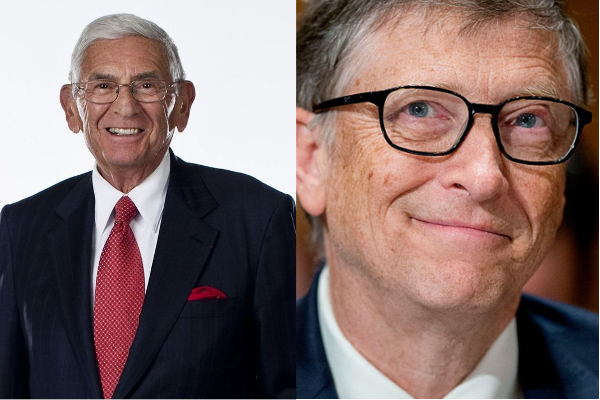 The movement for charter schools that began several decades ago was to escape teachers’ unions and school desegregation. The earliest charter schools were set up in privileged white communities. They were nonunion, primarily white, and tapped into public funds to finance a semi-private education

However, one group of charters in Los Angeles, Green Dot Public schools, began as one unionized school, Ánimo Leadership, in Lenox. The founder was Stephen Barr. With the success of this first school, Green Dot expanded to five and now 21, middle and high schools. At that time UTLA was not interested in unionizing charter school teachers, so the six founding teachers, having tremendous foresight, formed their own union, Asociación de Maestros Unidos (AMU)” and affiliated to the California Teachers Association (CTA). And I am so glad they did, be as otherwise I would never have taught in a nonunion school.

I began working there as a science teacher in 2003. The class size was 24. We lacked labs and taught out of mobile classrooms. Yet we were successful because all of the teachers and administrators (at that time!) were dedicated to serving students in one of the poorest neighborhoods, with one of the lowest graduation rates in all Los Angeles. The school was 97% Latino, 3% Black, with a very high percentage of English language learners and would become the first generation in their family to go to college. Parents who enroll their children took a chance with this first unionized charter.

Due to the dedication of the teachers (now 650) Green Dot succeeded and has become one of the top charter school companies in the country. The reason? It is union. And it is union power at that first school and then others that ensured the best possible education for students. Well, over the years administration adopted a business model. They abandoned the mission of small classrooms, teacher and parent control. CEO was paid over $300,000, while AMU fought him for a 2% pay raise and a cap on class size of 33.

And in terms of parent, teacher and student decisions, it became no different than LAUSD with a bloated downtown bureaucracy. For the first few years teachers decided upon all budget items, courses, textbooks and parents had a say over their child’s education. There were music and art classes, numerous clubs for after-school activities, and a teacher to student ratio that LA teachers are on strike for today.

But over the years, and especially when Green Dot accepted $15 million from the Gates foundation to implement a draconian teacher evaluation program (which was opposed by the majority of the teachers but supported by the union president and thus implemented), the school lost its mission, everything changed. Teacher turnover increased dramatically. Teachers were turned into robots and any independence in the classroom ended.
Administration began to fire and harass teachers who stood up to defend the students and to oppose the school’s direction in over testing students and ending teacher and parent input in decision-making. Students responded with petitions and the administration, all the way to the top, violated students constitutional right to free speech and organize and the National Lawyers Guild stepped in to defend us. Through weeks of demonstrations and protests by teachers, parents, students, and hundreds of prominent individuals nationwide, the students won; administration was forced to back down from their violation of teacher and student rights.

Unfortunately, the Green Dot mission is dead at their schools, despite their continued high ranking due to teacher determination to have their students succeed—just like the striking UTLA teachers and staff. The idea of small learning communities with teacher and parent control no longer exists. It will take a battle at Green Dot schools to bring it back and I will be there with them on their picket lines when that happens, just as I am on the UTLA picket lines every day of the strike, bringing the news to the readers of Random Lengths, the only local paper that is supporting the strike The union makes us strong.

There’s nothing wrong with small schools, call them charters or whatever you want, if teachers and staff are unionized. That’s the bottom line. Teachers conditions are learning conditions, as I have heard so often this week on the picket lines. Class sizes must be reduced significantly. Every school should have a nurse and librarian and a library. Teachers need a pay raise. The caseload for counselors, academic and psychiatric, special education teachers must be seriously slashed. The UTLA strike demands are just. All working people should support them. Next step, after our victory, is to unionize all charter schools!

The money is there in the state budget. Let’s use it. Why don’t we tax the oil companies a percentage of their profits?

Unions and community organizations should open their doors now for students to provide them a place to go and food to eat. Instead of having to cross the picket lines and waste the day in a crowded auditorium watching a Hollywood movie. Through union and community solidarity we shall win and the strike of 2019 will be remembered as a great defense of public education and strengthening the labor movement locally and nationally.