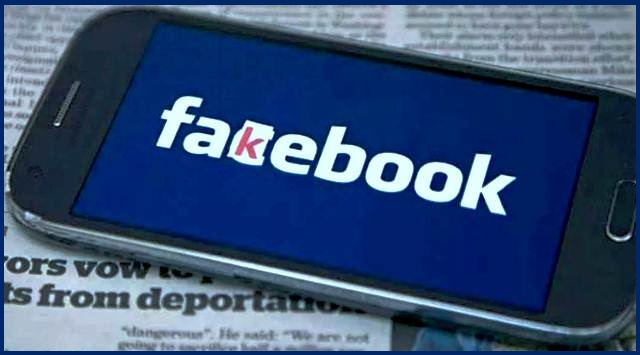 Revelations expose that  Facebook, Google are used by Russian Trolls

As the resident skeptic in this part of the great metropolis at the Port of Los Angeles, I tend to have contrarian reactions when I hear people start repeating mindless refrains about making America great again or insisting that standing for the National Anthem is somehow a mandatory expression of patriotism.

And even more contrary to the latest TV show, Wisdom of the Crowd, I quite often see that the psychology of the masses is the motivation towards conformity without any regard to whether the “group-think” is wise, just or even beneficial. This leads me directly to question why you — and everyone you know — have their nose plugged so deep into smartphones that you can’t even put them down for more than 15 minutes?

The answer is that the programmers up in Silicon Valley and now over at Silicon Beach are designing apps that bypass your better judgment and connect to your human instincts  — just think of former US Rep. Anthony Weiner.

The benefit of these new “smart” phones is obvious to everyone who uses one. They are fast, portable and offer more access to information than you can possibly imagine. These devices, or rather Internet companies such as Google and Facebook have gotten quite good at predicting the user’s wants, desires and intentions — frustratingly so at times.

With the digitalization of 24/7 news delivery, Facebook and Google have become de facto gatekeepers as they have become today’s most dominant “publishing” platforms. Between the two, everything from personal home videos to 11 o’clock news clips and an increasing amount of political propaganda is being aggregated by these companies.

For most people, this is the perfect medium of free speech and at times it is. Yet often times, it’s just an echo chamber reinforcing the belief systems of the loudest voices or a battleground of fundamentalist ideologies fought with crude incivilities.

Facebook in particular is like a town hall meeting without a moderator. At other times, it’s a group counseling session without a psychologist. People get to yell or scream and say pretty much whatever they think or feel. It’s therapy I suppose. But the problem here, is that between media conglomerates buying up local news outlets and other media and Facebook and Google using whatever algorithm to act as “gatekeepers,” Americans will become more susceptible to fake news and foreign and domestic manipulation.  This will continue to be true as access to diverse media outlets are restricted and the American general public is unable to critically differentiate the news they are receiving.

It is the advertising side of social media that now concerns us as a nation, and me as a skeptic.  As reported on twice within the past month, both Facebook and Google have been paid to “publish” postings by “Russians who posed as Americans.”

Just this past week, it was announced that Google found evidence that Russian agents bought ads on its wide-ranging networks in an effort to interfere with the 2016 presidential campaign. This latest disclosure adds to the growing pile of evidence shows that the lax oversight of these giant corporations of the “new media” have made them complicit in foisting fake news and false information onto the public. And they’ve been doing it solely for the pursuit of profit–nothing more or less.

A while back, we received a comment on Facebook, asking, “if we believed the crap that we print.” I replied, “Yes, because we stand behind the news that we print.”  The other side of this is that all media have an inherent bias or slant that they report from and that it is impossible to have completely “object” reporting.  Unlike most of the corporate owned media in the country, we here at RLn, like many other alternative publications, are just more honest about it.

And this is why amongst all of the disruption and chaos that the new social media has presented, people like you still read a publication like this, because we stand behind what we print. We filter out a lot of useless B.S. and present you with what, in our subjective perspective, is most relevant.

It’s a judgment call that you trust us to make and we take that trust very seriously, because it’s more valuable than advertising dollars.  It is becoming obviously clear that the new media giants have nothing more in mind than their bottom line.

So the irony of writing this column is I needed to do a Google search to find the author of this quote that fits the subject, LOL, “Believe nothing you hear, and only one half that you see.” —Edgar Allan Poe. This is relevant because social media is more like the rumors that you hear as opposed to facts that you read, caution is the watchword of our new era of “smart” technology.