For a couple generations of folk, it’s simply not a party—be it a birthday party, family reunion, house party, dance club—without the celebrative funk and rhythm and blues of  The Gap Band. Formed by and around the Wilson brothers—Charlie, Ronnie and Robert—in their hometown of Tulsa, Okla.  Named after streets in that city’s historic Greenwood neighborhood, The Gap Band scored a string of hits in the 1970s and 1980s and performed together for 43 years.

When Robert Wilson died in 2010, any chance of a new Gap Band album  seemed to have expired.

But Ronnie Wilson, the oldest of the three brothers, thought differently. His solution was to relaunch the band with a new member. 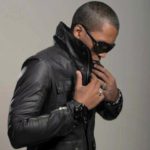 Rhone has the silky and soulful voice with just the right chemistry to make the legendary “Oops Upside Your Head” funk band.

Rhone said he got the call to join the Gap Band after he was recommended to Ronnie Wilson by  R&B artist Bobby Brown.

“Originally, it was the three brothers in the band,” Rhone explained.

Charlie eventually went solo, Robert died, so the only original member person left was Ronnie. He also wrote all of the records. Charlie was the front man.

In 2010,  Ronnie sued Charlie for derailing his efforts to launch a comeback tour.

Last year, celebrity gossip rag, TMZ, released court documents in which Ronnie said he booked two shows — one at B.B. King Blues Club & Grill in NYC, and another at Howard Theatre in Washington, D.C.—that were to pay $20,000.

TMZ reported that after Ronnie sealed the deals, Charlie — who left the band in 2009 — had his people step in and somehow interfere with the bookings. Ronnie says both venues pulled the plug.

The elder Wilson points out his band existed for years before younger brother Charlie joined in ’72.

Ronnie sued for damages and wanted the court to block Charlie from interfering with future bookings.

Charlie’s response to Ronnie, as reported on TMZ, was that there can’t be a Gap Band without all three brothers.

It’s not clear if the suit is still ongoing or not, but the New Gap Band is still moving forward.

Rhone is no newbie to the music industry. He got his start in a rhythm and blues quintet formed by Kenneth “Babyface” Edmonds, called 3rd Storee under Def Jam records. Rhone and another artist, J’Son, filled out the roster after original member Lil Man left the group.

“No one knows how it happened,” Rhone said.

“I asked Babyface how he got my music, he said, ‘Gav, there was a CD with your name and your mom’s phone number on it.’ He called my mom’s number.”

Rhone said he wrote and recorded that demo for a friend, but he has no idea how it made its way to Los Angeles.

The plan was for him to sing background in 3rd Storee. But after hearing Rhone’s voice in person, Babyface asked him to sing lead.

But when the time arrived to renew the contract with Chapter 4, Rhone had a choice and he opted to go solo. He wanted to find his own sound.

“Being in a group, you have to depend on someone,” Rhone said. “Everybody in the group is supposed to be strong in an area so we all depend on each other to be strong as a unit. Once you embody all of those strengths in yourself it doesn’t make sense to be in a group. That’s when I knew it was time to leave.”

Rhone had received solo offers while in the group but the direction he was asked to go wasn’t him. He wants to get back to the love, which he feels music has gotten away from.

“There is a void with black men in music now,” he said. “Most male singers just talk about one thing. I’m not downing the value of that one thing, but there’s just so much more to a woman. I want to talk about her hair, her eyes and the way she laughs and walks. I want to make songs about heartbreak and breaking up and then talk about the one thing.”

Rhone was influenced by musical greats.

“They’re all different,” he said. “Michael Jackson, I studied his intensity and passion and I liked what he wore, Whitney Houston for her power, Stevie Wonder for his range, and my mother, she is just a great singer.”

Recently, Rhone met the prolific songwriter Diane Warren through a mutual friend who is a producer. Warren has been inducted into the songwriter’s Hall of Fame; her success and recognition prompted Peter Reichardt, former chairman of EMI Music Publishing UK, to credit her as the most important songwriter in the world.

Rhone’s  friend became one of Warren’s producers and  invited Rhone to her studio.

“I sang for … 15 seconds when Diane said, ‘Stop,’ and asked me if I could sing everything she writes from here on out,” Rhone said. “She wrote this amazing record which, happens to be in the same direction as my original demo. If I was to go on tour with this direction, it would be along the lines of music by John Legend, Alicia Keys, Adele and Sam Smith on steroids.”

Now he not only has his own band, but he also is about to go on tour to China with Paul Stanley from KISS in November.

The two met when Stanley’s background singer went on tour with Rihanna. Rhone’s background singer from his own band asked him if he wanted to fill in. Rhone agreed and did about five shows. Stanley then decided he was not going to bring the other singer back. He offered to pay Rhone triple because he knew Rhone is a solo artist, not a background singer.

“I told him I’ll sing background for you, Paul,”  Rhone said. “We’ve become great friends and he’s been like my mentor.”

The New Gap Band will appear on The Wendy Williams Show in November. And, Rhone and will be combining his talents with Diane Warren.

“We have a lot to look forward to,” Rhone said.

“It’s like old school meets new school.… It’s embarrassing, but Ronnie will get on the mic and say,  ‘Stop. Listen, guys, Charlie Wilson is my little brother, but Charlie has nothing on Gavyn.’

“The crowd goes crazy. That’s a big, big statement. Charlie’s a big fish and if you’re coming for Charlie, you better come correct. The band tells me the response they are getting from me, they never got before.”