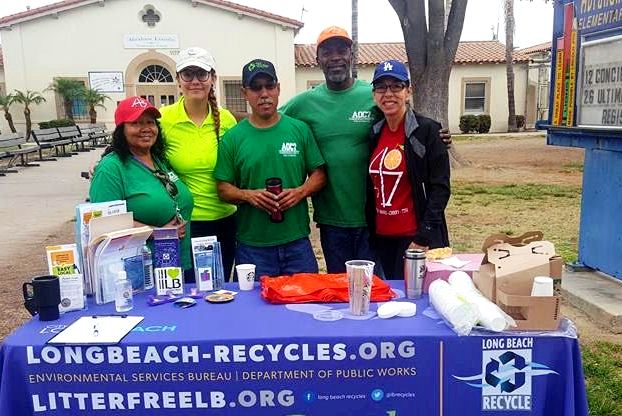 Change is often the result of a catalyst. Tragedy was the catalyst that hurled one Long Beach neighborhood to action against crime and disarray.

A September 2011 shooting near Walnut Avenue and 10th Street motivated a group of neighbors to start an association. They  decided to take back their community.

The Birth of AOC7

They formed the AOC7, which stands for Anaheim Street, Orange Avenue, Cherry Avenue and 7th Street. The central  Long Beach neighborhood borders the city’s second, fourth and sixth districts where crime is high.

“We want to … knit our community and neighbors together and bring us in closer,” Simmons said. “We’re breaking all those myths as far as not being able to trust your neighbors.”

They brought in the Long Beach Police Department, code enforcement and other resources to their meetings and got information from City Council members.

In turn, the group has provided the community with information about public services, encouraged beatification of the area, neighborhood participation and vigilance.

“Getting to know your neighbors is the key thing that makes the neighborhood safe,” Simmons said.

AOC7 is a work in progress, said Simmons. Long Beach has drastically improved since she moved there in 2009.

“It’s a more personal connection. We feel safer when we know what’s going on in our neighborhood,” Simmons said. “If there’s something going on, we handle that by staying positive and remaining proactive.”

Kanaley said AOC7 is an active area in regards to calls for service, in which officers are sent to resolve issues. Kanaley said the constant communication between AOC7 and Long Beach Police Department  reduces crime,  builds  community trust in the police department and maintains cooperation and improves communication with other community organizations.

“We can participate in more positive events that this type of organization sponsors,” said Kanaley. “Not only does it help in the reduction of crime, it  makes a more positive environment in the neighborhood and our relations with the community and AOC7,” he said.

AOC7 also engages in a monthly neighborhood cleanup in conjunction with the city of Long Beach’s Neighborhood Clean-Up Assistance Program. They meet every first Wednesday of each month at 6:30 p.m. at Gamboa Manazar Theater. It also has neighborhood cleanups on the third Saturday of every month.

AOC7 has worked with Neighborhood Services Bureau to install public litter containers and install sidewalk cuts along 10th street. It has also completed beautification projects, in which they plant trees in the street, and they adopted the 10th Street Corridor from Cherry to Alamitos. AOC7 has an annual children’s literacy fair at MacArthur Park every May and for the past four years, they have handed out more than 20,000 books.

The association partners work with residents and neighborhood groups, such as North Alamitos Beach Association and Craftsman Village Historic District in order to improve the community.

“It is important for residents to know that they can work together to improve their neighborhood and our city,” said Margaret Madden, Long Beach’s Neighborhood Improvement officer.

The next project they plan to work on is a tree planting Sept. 24.