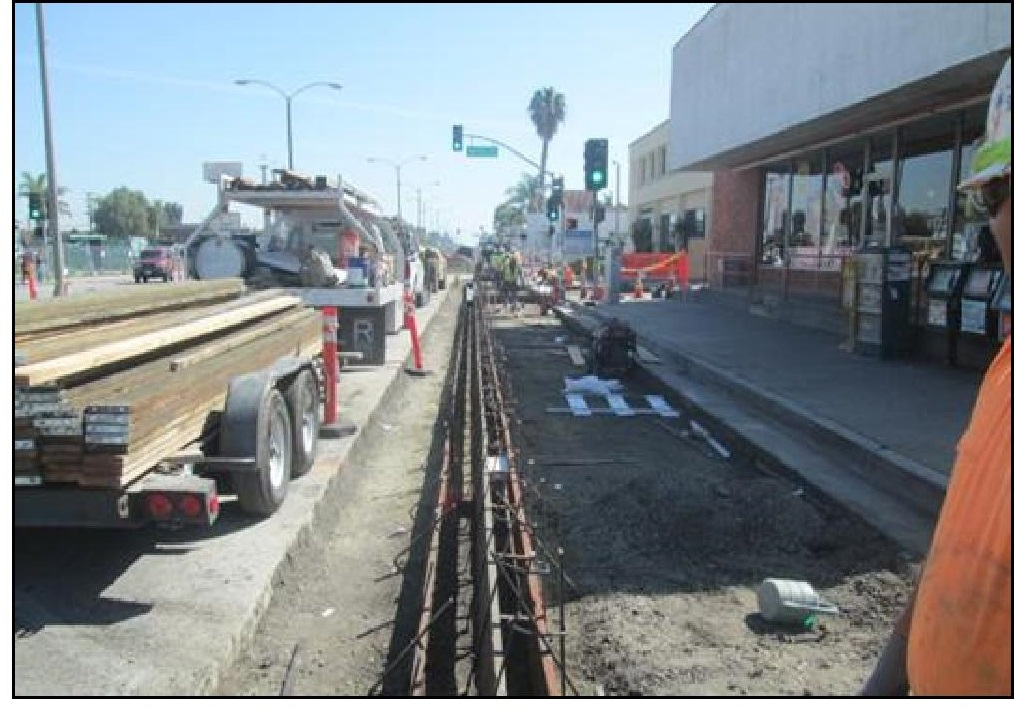 The Carson Street Master Plan Implementation Project is part of a broad effort to revitalize the City of Carson. However, unforeseen obstacles have lengthened it, frustrating residents and impacting businesses.

The project encompasses a 1.75-mile section of Carson Street between the 110 and 405 freeways. Plans call for widened sidewalks, bicycle parking, public art installations, new traffic lights, a new recycled water pipeline and a redesign of the front of Carson City Hall.

But the city’s implementation of the project has not made a good impression on the businesses along Carson Street, which also provides access to two major freeways and Carson City Hall.

For most of the time, since construction began more than seven months ago, the four-lane street has been reduced to just one lane in each direction. This reduction has greatly increased traffic congestion. Many drivers are avoiding Carson Street rather than suffering through long drive times.

“Our sales have dropped 30 percent since the construction started,” said Lance Matsumoto, manager of Back Home in Lahaina. “People don’t come in for lunch because they only have half an hour and don’t have time to deal with the traffic. I have to use a side street to get to work.”

Carson government officials are aware of these issues. They’ve been working with architects and contractors to phase the construction in a way to minimize inconvenience. But the construction crew has repeatedly found objects and infrastructure in the ground beneath Carson Street, which has extended the project’s time line.

“Carson was provided with a substructure map by Los Angeles County years ago,” said Gilbert Marquez, a Carson engineer. “It was not up to date. There are utility lines present under Carson Street that weren’t on the map.”

Additional delays have been caused by the discovery of cement and contaminated soil under Carson Street. Construction workers had to break the cement before they could continue their original work. An environmental team was hired to transport the soil.

The obstacles have pushed back the completion date of the project by several months. The original completion date was October 2015. The most recent report on the project revised the date and estimated it at January of 2017, according to the city. Costs have increased by about $1 million. At this time, the total is more than $17 million.

Business owners are not happy.

City officials maintain that the city is carrying out construction in the most productive way possible. Robles said Carson Street businesses will benefit from increased economic activity after construction is finished.

The businesses are not happy. They have mixed feelings about the future. They are afraid property rates will increase and, as a result, they will be pushed out of business.

“It would be nice to reap some of those benefits in the future, but we have lost a lot of revenue,” Matsumoto said.

“We’re excited to see improvements, including [Americans with Disabilities Act] compliant sidewalks and drought tolerant landscaping,” Robles said. “It will better represent Carson and increase business from outside the city. We’re hoping to spread [revitalization efforts] to other areas of Carson next.”