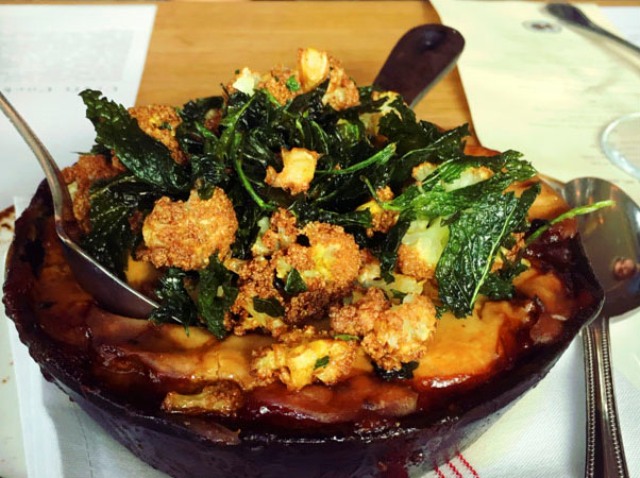 A lot of restaurants in Los Angeles boast a “farm-to-table” concept.

Instead of grimacing every time you hear the term being overused (and it is, often), ask yourself, “What constitutes an actual farm-to-table restaurant?”

Just because a joint claims to be serving fresh fare doesn’t necessarily mean it’s pulling in boxes of organic produce after a trip to the local farmer’s market. Restaurants that work with local farms, and are inspired by seasonal produce and sustainability, are true farm-to-table eateries. 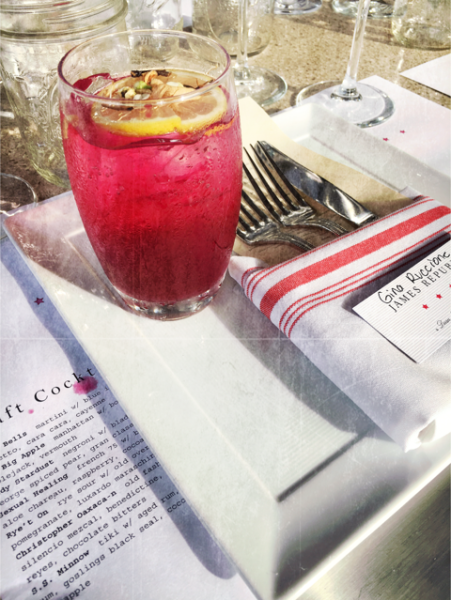 James Republic in downtown Long Beach epitomizes that concept and also makes the fine dining experience much more tangible for guests. The restaurant opened three years ago. It is the brainchild of Chef Dean James Max, owner of a slew of restaurants. He also is the head of a team of culinary consultants eager to help other restaurateurs bring their concepts to fruition. If his name doesn’t ring a bell, then perhaps you’ve heard of Jeremy Ford, a chef who came up in the ranks under Max and just won the most recent season of Top Chef on Bravo TV.

Although the caliber of food at James Republic is celebrity chef style and status, don’t brush it off as an experience you may find difficult to assimilate or even afford. That’s hardly the case. The new trend in fine dining is starting to shy away from that stuffy suit-and-tie existence. James Republic takes food seriously but the staff is lively, upbeat and eager to have you try nearly everything on the menu.

Patrons navigate the menu through shareable plates, a concept that I thoroughly embrace. I find it hard to commit to one dish; I’d rather try a little bit from everyone else’s plate. As one can imagine, this causes serious problems on most of my first dates.

The menu changes daily — something that takes time and careful planning by chef and staff. While it’s important to stay true in quality and service, the Executive Chef David MacLennan also stresses the importance of pushing dynamic and interesting menu items that are truly inspired by seasonal produce. Don’t come in and ask for strawberry jam in the winter. Strawberries don’t grow in December. Just because you can find them in the grocery store doesn’t mean you should be eating them now.

A new addition to the James Republic team is the general manager, Brad Burbich, who was a recent acquisition from Manhattan Beach Post — a restaurant that revels in the top tiers of casual fine dining in Los Angeles. Eager to elevate the dining experience, Burbich explains that embracing local food and farms isn’t a relatively new concept but it’s important to be creative about what you serve.

His passion and knowledge for wine pairs nicely with the coastal California cuisine that James Republic serves on the daily menu. The wine list is unique, mostly local to California and features small, family-owned operations with lower productions but a higher attention to detail.

March 20 was one of the highly anticipated chef’s table dinners, which I had the pleasure of attending. The Dinner Bell, as they call it, is a quarterly communal dining experience meant to ring in the new season of menu changes with as much zest and passion as one could pile onto a plate. Guests sit at one long table, implementing a pass and share system that’s reminiscent of a Sunday, family-style dinner. There were several courses served with wine. Everything was perfectly executed. Highlights from the evening included crispy calamari with Peruvian sweet potato and a lamb barbacoa dish served in a cast-iron skillet with cauliflower puree, curry and mint.

I will say, the one dish that had everyone floored was the grilled Persian cucumbers, with a mint and pistachio puree topped with tart feta. I’ve been trying to recreate this dish for a week, but then again, I’m hardly a master chef.

James Republic is open seven nights a week for dinner. They also have an awesome dollar oyster Happy Hour during the week and a brunch on the weekend.