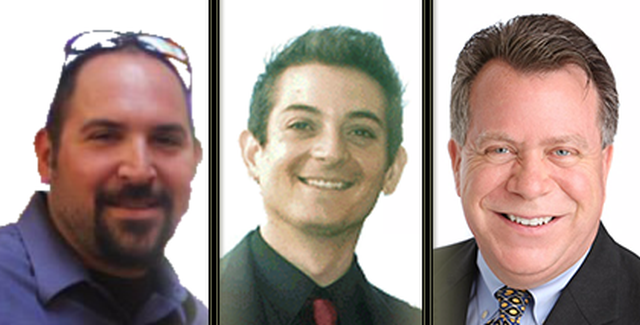 For almost half a century, the San Pedro Honorary Mayor’s campaign has been a tradition. Business owners and distinguished community members compete to raise funds for local charities and the candidate who raises the most money wins the honors.

The honorary mayor is a ceremonial position. The winner will represent the community and the San Pedro Chamber of Commerce at a variety of events for two years, including flag salutes, the holiday parade and 4th of July celebrations at the Korean Bell.

The honorary race dates back to 1966, when it was sponsored by the San Pedro Junior Chamber of Commerce—known then as the Jaycees—a leadership training and civic organization for people between the ages of 18 and 40.

The first honorary mayor was Sylvia Zankich of Sylvia’s Bail Bonds, and head of the city’s social services commission under Mayor Sam Yorty. She served a one-year term, having solicited the most votes from her sponsors at the Harbor District Tavern and Restaurant Association.

The terms of each mayor have been set to two years since 1989, when Kuzma “Matty” Domancich, retired owner of the Bike Palace, won the honors.

Now, the 31st San Pedro Honorary Mayor’s campaign is in full swing with three candidates competing. The winner will succeed honorary Mayor Kathy Carcamo, who is a teacher at San Pedro High School.

“[To be an honorary mayor] is a great chance to give back to charity, and I’m all for local charities, being born and raised here,” said John Bagakis, general manager at Big Nick’s Pizza. “It’s just a fun opportunity to put events together and give back.”

“Pedro Pet Pals does great work with animals and I’m a big animal lover, especially dogs,” he said. “Legends is a car club, but they give a lot back to needy kids and families, especially in the holiday season. Encore Entertainers is a great extracurricular activity for kids. I think a lot more people should get involved with groups like Encore and discover fun ways to get kids involved and meet new friends. It’s just a perfect Pedro kind of group.”

Carter Calhoun, the director of development at Toberman Neighborhood Center is raising money for the nonprofit where he works.

“I’m running because I have deep roots in San Pedro,” Calhoun said. “I’m very passionate about the future of the city. I grew up and went to school here, I’ve owned a business in San Pedro (PC Nerds), I’ve co-founded a nonprofit (COPE Preparedness) and I’ve volunteered a lot in this town and [have] seen a lot of opportunity. I believe I have the knowledge and skills to make the leap into the future.”

Toberman has been in San Pedro since 1937 and its roots in this community go as far [back] as the canneries.

“It’s part of the fabric of San Pedro and also one of the longest- running social services here,” he said. “We’re doing afterschool programs, academics, family support services and food pantries. What Toberman is trying to do is strengthen family connections.”

Scott Donnelly is a certified public accountant and founding partner of Piazza Donnelly and Marlette LLP, a public accountant firm in Torrance and San Pedro. He is also a chairman at Harbor Interfaith Services. He is raising money for that nonprofit.

“I’ve lived in San Pedro for over 20 years and I’ve known the prior honorary mayors,” Donnelly said. “[I] decided that it’s something very worthwhile for the Chamber of Commerce and the charity (Harbor Interfaith).”

Donnelly believes that the services that Harbor Interfaith provides are very necessary in today’s economy, specifically in the San Pedro community.

“We won’t be able to serve as many people as we want to because we need more funds,” he said. “They do a great job of helping the homeless regain their dignity. That’s really important to me. We help them get jobs, we take care of their kids and make sure they’re living well and they dress well and they have the opportunity to regain their lives and live again.”

The winner, as well as the total amount of money raised, will be announced at the San Pedro Chamber of Commerce’s annual luncheon, at 11:30 a.m. June 11, at the Crowne Plaza Los Angeles Harbor Hotel.