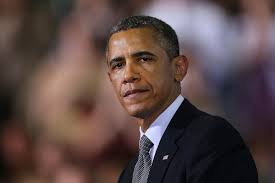 Editor’s Note: Rachel Bruhnke and Tanya Cole are board members and regional director of Witness for Peace/Southwest. Witness for Peace is a 25,000-member U.S. organization that seeks to change U.S. policy in Latin America through education and activism.

Congratulations, Mr. President, for your actions on Cuba. Now it’s time to do more on Latin America.

Beginning the U.S. thaw toward Cuba and freeing the remaining three of the Cuban 5 was a courageous and historic act. As a result, the hope for peace seems to have broken out in a major way for millions of people all over the United States and for our neighbors to the south. Throughout Latin America, the people are poised, waiting. They are waiting for even more justicia from you. There is more to be done to right the historic and profound wrongs of United States policy toward Latin America. Here are some of the things you could do:

1.) Don’t just close the prison at Guantanamo Base, end the 100-plus-year occupation of Guantanamo Bay itself by the U.S. military. It is Cuba’s second largest bay and has not been available for their use for peaceful development for more than a century. Can Harbor Area residents, in good conscience, continue to support this enormous relic of colonialism? It is a mind boggling and bizarre case. We believe our fine Rep. Janice Hahn, would think so, too. Let’s send a Port of Los Angeles trade delegation to Havana, with an agenda item for the visit also being Cuba’s Guantanamo  Harbor.

2.) Reverse your decision and do not implement the misguided congressional sanctions  against Venezuela. Apologize for the U.S.-backed coup in Venezuela in 2002 and for the continued funding. Express genuine condolence for the death of Venezuelan President Hugo Chavez and for the enormous anguish felt by the Venezuelan poor who so benefited from his Bolivarian policies. Ask the first lady to visit Venezuela. She will learn first hand of how Bolivarian policies have empowered and improved the lives of millions of  Venezuelan poor women through a simple prioritization of their needs and by using the funds from the oil that lies beneath their nation’s soil.(Speaking of soil, the first lady’s campaign to promote food security and nutrition through urban gardens would get a boost by seeing these models emerging throughout Venezuela, and of course, Cuba.)

3.) Apologize for not denouncing the coup in Honduras in 2009.  Investigate the IRC, the International Republican Committee, and their rolein aiding the Honduran elite and military to overthrow Zelaya. The coup deposed a democratically-elected president who sought “change” that the Honduran majority were starting to believe in, that they voted for. Hmmm…The Honduran population has never accepted the coup, although you did, and the United States-trained Honduran military and police have condoned or been responsible for the killing of more than 300 political activists, teachers, lawyers, journalists, campesino and indigenous leaders. Community organizers aid for peaceful development, not for violent repression, is what is asked for by the people of Honduras.

4.) Admit that militarization of the drug war and Drug Enforcement Administration intervention in Latin America does not work, and that President Evo Morales of Bolivia was correct, and even prescient, to throw the DEA out of his country. (You might recognize, too, that the nationalization of natural gas in Bolivia, and the use of that money to immediately alleviate the suffering of millions of Bolivians, is an idea that rocks.) Learn all you can about the Community of Latin American and Caribbean States, the Bolivarian Alliance for the Peoples of Our America and Mercosur, and congratulate the courageous steps South America is taking to be in solidarity with each other, to help each other develop.

5.) Apologize for the adoption of Plan Colombia. Fourteen years and 7 billion U.S. tax dollars later, Colombia has one of the worst human rights records in the hemisphere and an internal refugee crisis second only to Syria.End the continual prioritization of military solutions over development solutions to problems. Let’s spend our money on curing the United States so folks don’t feel the need to drug themselves into oblivion in the first place.

6.) Just simply apologize to Central America for the 1980’s. Admit that the Ronald Reagan administration was immoral to fund and orchestrate wars against the poor majorities in Nicaragua, El Salvador and Guatemala, whose only crime was to begin to demand a better life, a life beyond living in a caja de carton, a cardboard box. Unfortunately we are seeing U.S. chickens coming home to roost, on both sides of the border, with all the attendant suffering that “blowback” implies, like criminal violence in the region. Publicly make the connection between current child immigrants, desperation and violence in Central America, and the United States-funded wars of the 1980s. Explain the origin of today’s sadistic gangs  in Central America.

7.) Make amends for the Central Intelligence Agency’s Operation Condor, which wreaked havoc in South America in the 1970s. Publicly denounce Henry Kissenger for the Chilean coup and the Argentinian dirty war that tortured and disappeared tens of thousands. Thank President Mujica of Uruguay as a survivor of torture from those times, for being one of the only countries in the world to offer sanctuary to former prisoners from the U.S. military prison in Guantanamo Bay, Cuba.

8.) Please, begin to clean up the cesspool that is Miami Cuban exile politics. As you may now understand after having reviewed the case of the Cuban Five (did we say mil gracias for freeing them, by the way? Outstanding!) there really are groups, active today, like Alpha 66 and Omega 7, who speak and sometimes plan violence from our nation’s shores to Cuba. Expose known perpetrators of terrorism, like Luis Posada Carriles, who carried out the bombings of a Cuban airliner and Cuban tourist hotels, and who are walking around free in Miami, heroes to the extremest Cuban exile community. Do you know they have actually asked for Veterans benefits, as they feel they have been in active warfare since 1960?

9.) Stop trying to militarize peaceful Costa Rica, who hasn’t had an army since 1948! They aren’t interested, and we look ridiculous and thuggish. They’re busy spending their nation’s treasure on the education and health of their people and on reforesting their country. Leave them alone for heaven’s sake!

10.) If you want to be respected in Latin America, call up President Jimmy Carter. Thank him for his moral leadership on Latin America and his tireless defense of the poor. Ask him how he became so beloved, so genuinely appreciated, throughout the region. Then, follow his most human and noble model. Observe Venezuelan elections with him. Learn why he calls them “the best in the world.”

Begin, like President Carter did, to expose regimes in the region that abuse human beings with torture, disappearance and terror. Begin with Mexico, whose most recent atrocity was the murder and burning of 43 student activists in Ayotzinapa, Guerrero. The students were handed to drug gangs by the local police, under orders of the mayor. Then move your investigations to Honduras and Colombia. We fund all these militaries. Stop that travesty. The people of the United States did not vote for these policies. We want our taxes-and our souls-back, thank you very much. Fund development, not violence.

11.) Apologize to Chile for the 1973 U.S.-backed coup against their elected President Salvador Allende. Admit to the world that then Secretary of State Henry Kissinger was wrong to deride the Chilean people for voting Allende their president, and for orchestrating the economic terrorism against Chile that made it, and the Chilean people, “scream”. Letting economic hit men (LINK) destroy Latin American economies, then divvying up the assets between multinational corporations, is evil. Say so.

12.) Make amends to Guatemala. Apologize to the more than 200,000 souls and their descendents who have been murdered by violence and war as a direct result of the U.S. Cold War-led 1954 coup against Guatemala’s populist elected President Jacobo Arbenz. Apologize that our coup, based bizarrely out of Miami, ushered in 60 years of violence in that beautiful country, full of amazingly, mostly Mayan people. Not one more cent of our tax dollars for military solutions in Central America. Support sustainable development, not dead-end militarism.

13.) Help people in the United States understand the connection between the legacy of Ronald Reagan’s wars against the Central American poor in the 1980s, and the wars against communities of color in the Unites States. The CIA trafficked crack cocaineinto poor U.S. communities, then used those profits to fund illegal, unvoted-for violence against Central American people.

14.) Just visit one of the exhilarating examples of community empowerment spreading like wildfire in Latin America. You’ll see. You were a community organizer yourself. You’re heart will melt, your mind will be blown because what you worked for in Chicago is actually being implemented in a major way by governments supportive of the poor. Recharge the Blackberry you promised to keep when you were elected, step out from under the gatekeepers who filter your information, and find out for yourself.

15.) Reconsider free trade policies like the TPP (Trans Pacific Partnership) that will create the largest “free” trade pact in the world, without any formal discussion or vote by the people. It was unconscionable to pass a free trade agreement in 2011 with a country like Colombia, in a civil war, with an internal refugee population of 5 million, knowing that when we passed NAFTA and CAFTA with Mexico and Central America it caused the largest migration crisis  in our region’s history.

16.) Deal systemically with the drug violence in the region, as we know it pains you. Drug cartels and gangs have found easy recruitment among a jobless Latin American youth and now these gangs wreck havoc and terror from Los Angeles to San Salvador. Your response however, was to deport more people than any U.S. president in history back to these war-torn countries. The solution to drugs and migration? Support sustainable, holistic and just economies everywhere. There are models.

We believe that Truth is not weakness, but strength. We believe that like the great American Dr. Martin Luther King Jr. promised, the Truth shall set this nation free. The web of deception that we have woven in this hemisphere has enslaved us to continual lying. It is like a noose on our nation’s soul. King also extolled us to be just, saying that it was “always the right time time to do the right thing.”

So, do the right thing. Make amends to Latin America. Change our policy, now.