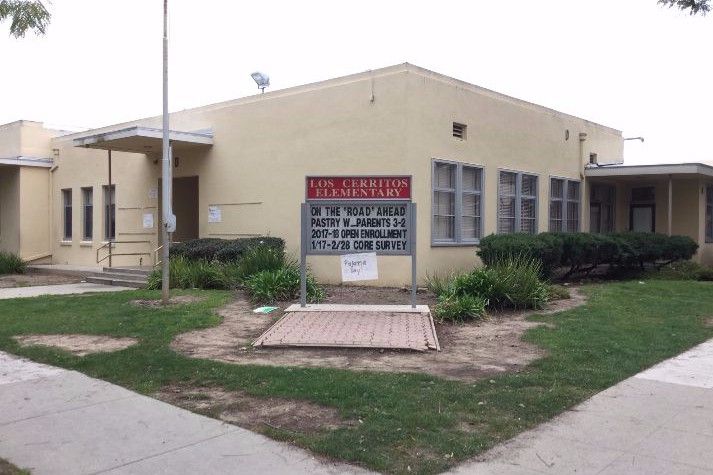 People say believe half of what you see, son
And none of what you hear
I can’t help bein’ confused
–Marvin Gaye, “I Heard It Through the Grapevine”

Jerlene Tatum’s was already nervous enough, with her two children embarking upon their first public-school experience. But her emotional edginess jumped to a whole new level sometime after 11 a.m. on September 12, when a story alert that popped up on the Long Beach Press-Telegram Website: Los Cerritos Elementary School was on lockdown.

She clicked the link and read the brief news item, which quoted Los Angeles County Sheriff’s officials as saying a perimeter around the Long Beach school had been set up shortly after 9 a.m. when a deputy in the area of Bixby Rd. and Country Club Dr. noticed a man who appeared to be armed and who ran away when the deputy approached him.

“When I first saw [the story], I panicked,” Tatum says. “And then my first thought was, ‘Why wasn’t I notified [by the school]?’ Then I looked at [the story] again, and I said, ‘Something’s not right.'”

When she called Los Cerritos, that’s exactly what she found. According to school officials, while it was true at approximately 9:20 a.m. the received telephoned instructions from the Sheriff’s Department to go into lockdown mode, it was near the Los Cerritos Elementary School in Paramount, not in Long Beach, that a deputy had spotted a man who may have been armed. The Long Beach school was notified of the mistake 11 minutes later.

Such confusion may be partly understandable. But what’s a little harder to get a handle on is how the Press-Telegram posted such specific inaccuracies, inaccuracies that lent the report a chilling veracity for Tatum.

“[W]hat is most puzzling is he following statement [from the story]: ‘Shortly after 9 a.m., a deputy was in the area of Bixby Road and Country Club Drive when she noticed a man who appeared to be armed, officials said,'” Tatum wrote to Ron Hasse, publisher and president of Los Angeles News Group, which owns the P-T. “So, [was] this completely made up? Not only am I disturbed as a parent who has children at Los Cerritos. I am disappointed as a resident of Long Beach that reads the Press Telegram daily.”

According to Beatriz Valenzuela, the P-T staff writer who penned the story, this misinformation came from the Sheriff’s Department—specifically, from Sgt. Daniel Gillespie, a Sheriff’s deputy at the Lakewood station whom she quotes by name in the article.

“[Gillespie] did say the deputy spotted a man who appeared to be armed,” Valenzuela told Random Lengths News. “When I asked him about the location of the school, I was the one who asked if it was near Bixby and Country Club[,] and he said yes. He went on to say a deputy was in that area.”

But according to Gillespie, this is simply not the case.

“Absolutely not,” Gillespie said when asked whether he provided the misinformation in the P-T article. “That was made up.”

Gillespie told RLn that, as with all incoming calls to the Lakewood station, the call between himself and Valenzuela was recorded. At RLn‘s request, Gillespie says he reviewed the recording of the call, which he says reveals part of the misunderstanding. According to Gillespie, Valenzuela asked whether the school in question was near San Antonio Rd. and Country Club Dr. (an intersection proximate to the Long Beach school), to which Gillespie says he mistakenly replied, “That sounds about right,” due to the fact that several streets with “San” in the name—San Juan St. and San Marino Ave. in particular—come as close as a half-block to the Paramount school.

But Gillespie says that, contrary to what Jiminez tells RLn, Jiminez never identified the Los Cerritos Elementary School about which she was inquiring as being located in Long Beach.

“I think [Valenzuela] tried to say [in her story] that Sgt. Gillespie said this happened in Long Beach or something like that,” Gillespie says. “[…] Our incident was happening nowhere near Long Beach. We knew at the time [of Jiminez’s call] that this was not in Long Beach. I think maybe [Valenzuela] heard ‘Los Cerritos’ and Googled it and saw that Los Cerritos [Elementary School] was near Bixby Road. Bixby was nowhere near the location of the [actual] event. That [detailed misinformation] would not have been provided by me, nor [by] anyone else at this station.”

RLn requested the audio recording for verification. Gillespie stated that while he is not in a position to authorize the release, he would consult those who are. However, RLn did not receive a reply to our follow-up on the matter.

Valenzuela did not learn that the story she posted was inaccurate until over two hours later, when Tatum e-mailed her at just before noon.

“Call the school, [a]nd they will tell you that the Sheriff’s department called them about putting the school on lock down and the Sheriff’s were told they had the wrong school,” Tatum wrote to Jiminez. “[…] I hope you can retract [the inaccurate story. A]s a parent it was a bit disturbing to read about it and being unsure of it was correct.”

Valenzuela called the school and confirmed the error, then promptly wrote a corrected story. However, that story made no mention of the initial, inaccurate story, but simply replaced it.

While Valenzuela says she doesn’t know why the P-T Website did not note that her second story was a correction—standard practice in the news media (including at the P-T, Valenzuela says)—she maintains, despite Gillespie’s assertion, that her initial story was an accurate reflection of the information given to her.

As Tatum recognized in her e-mail to Hasse, the specificity of the claim that at 9 a.m. on September 12 a Sheriff’s deputy spotted a possibly armed man near the intersection Bixby Rd. and Country Club Dr. seemingly cannot be explained by miscommunication. So it would seem that either a Sheriff’s deputy provided specifically inaccurate information to a reporter, or a reporter fabricated details for a story; and that same person is falsely blaming the other of being responsible for the error.

Whichever is the case, it’s a reminder that inaccurate information can pop up everywhere, no matter how presumably credible the source.

——-
Note: This story has been corrected to reflect that the Press-Telegram writer was Beatriz Valenzuela (originally mislabeled “Beatriz Jiminez”).