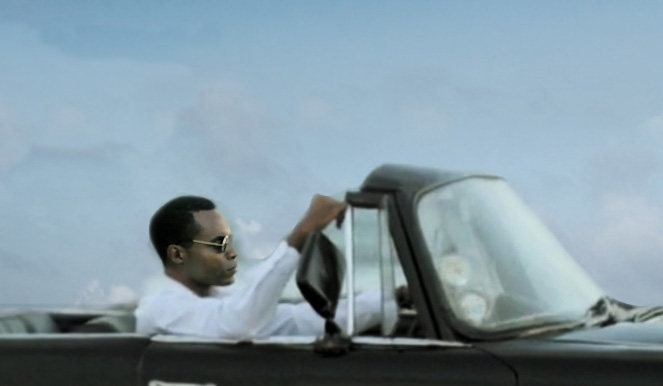 There is no arguing that black filmmakers, not only — but especially — of late have created compelling, urgent and timely films all while keeping audiences engaged and entertained. Highlighting some of the best of these films, it is once again time for the Pan African Film Arts Festival, February 11 through 23.
We’d be remiss not to mention the number of quality music documentaries PAFF is featuring this year, at least eight from hip hop to jazz and dance, all worth your time to look into.
A few films viewers should look for at the festival are the following:

Feature Documentary: Pushout: The Criminalization of Black Girls in Schools
Directed by: Jacoba Atlas
Screening Times: 6:35 p.m. Feb. 13, 1 p.m. Feb. 17, 9:50 p.m. Feb. 21
An indictment of the criminalization and miseducation of African American girls that has led to their alarming high school dropout rate and increase into the juvenile justice system. Schools, throughout the country, have become a key entry point into the juvenile justice system with Black girls being the fastest growing population in this system. Pushout tells the story through the eyes of the girls themselves from elementary to post high school and explores the many reasons for this increase in the criminalization of Black girls from paternalistic juvenile courts who do not understand the unique challenges these girls face, a lack of community based, culturally competent and gender sensitive responses to the way girls of color are perceived by mainstream society is often at the root of this push to criminalize our young people. This criminalization of Black girls disrupts one of the most important protective factors in a girl’s life “education”.
Update: Pushout inspired legislation called “Ending PUSHOUT Act” sponsored by Congresswoman Ayanna Pressley.

Feature Documentary: Always in Season
~ Sundance, U.S. Documentary Special Jury Award for Moral Urgency
Directed by: Jacqueline Olive
Screening Times: 3:30 p.m. Feb. 14, 11 a.m. Feb. 16
At the height of their popularity, lynchings attracted tens of thousands of white men, women, and children spectators. They were public events. Lynching was like the sport of hunting, and black people were “always in season.”
Always in Season follows Claudia Lacy as she moves from paralyzing grief to leading the fight for justice for her son, Lennon, who in 2014, was found hanging from a swing set in rural North Carolina. Lacy’s search for justice and reconciliation begins while the trauma of more than a century of lynching African Americans bleeds into the present. Lennon’s case intersects with stories of other communities committed to breaking the silence of their own recent histories and leading the way to justice.
Always in Season asks what will it take for Americans to build a national movement for racial justice and reconciliation?

Feature Documentary: The Great Green Wall
Directed by: Jared P. Scott
Screening Times: 7:20 p.m. Feb. 21, 12:15 p.m. Feb. 23
Singer Inna Modja travels across the edge of the Sahel region of Africa where the plan is to build a green wall of trees and vegetation against climate change and drought. One look at the preview of this film presents a deep explanation of the measures taken by people in this region and their commitment to, not just survival but life with a positive impact going forward for themselves and future generations.

Short Documentary: Diatribe: from the Village to the Streets
Directed by: AJ Wone
Screening Times: 9:20 p.m. Feb. 13, 2:25 p.m. Feb. 16
The word diatribe is defined as “a bitter, sharply abusive denunciation, attack, or criticism.” An ongoing diatribe is one of the perceptions and identity notions between Africans born on the continent and Africans born in the Americas, raised in a Western-influenced mindset and society. With such a distance spanning the continents, culture and connection are two gaps that have been widened over generations.
One cultural connection that hasn’t suffered is the evolution of African rhythm and its ancestral power deep within the foundation of hip-hop.

Opening night, Hero
Directed By: Frances-Anne Solomon
Screening Times: Red Carpet: 6 p.m., Screening: 7:30 p.m. Feb. 11
HERO is inspired by the revolutionary life and times of Trinidad and Tobago citizen, diplomat and judge Ulric Cross, the most decorated West Indian of World War II. After his service Cross went on to play an active and important role in the Pan African Movement, which led to the creation of the 28 modern Caribbean and 54 modern African nations. This movement influenced U.S. domestic policy towards African Americans, inspired the Civil Rights movement and black power movements and the rise of Black consciousness
Cost: $105 for single ticket or $200 for two
Venue: Directors Guild of America, Theater Complex, 7920 Sunset Blvd., Los Angeles