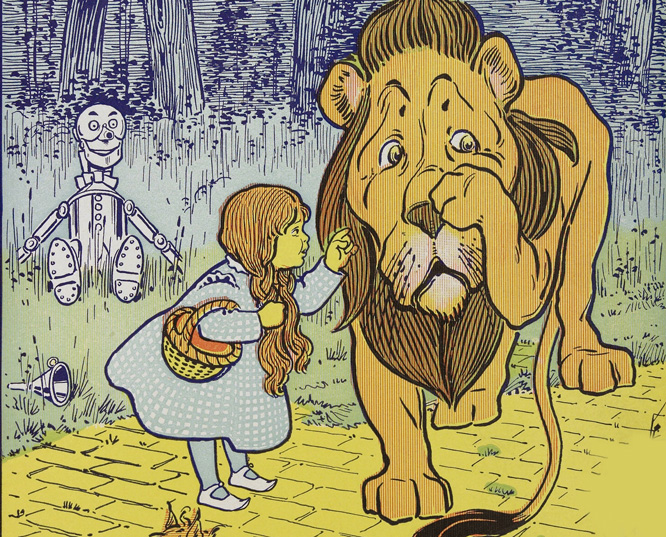 The psychology of fear is one of the most motivating and debilitating factors of the human condition. Fear overcomes our rational sensibilities and preys upon our most irrational instincts. Fear is what’s driving the national narrative — inspired on Twitter by the Hate-Monger-in-Chief, broadcast by Faux News and reiterated endlessly on social media echo chambers.

This fear is grounded in existentialist angst — the sense that one’s race and culture are on the verge of disappearing — and that’s the direction it takes us. There really is no discussion — just fear and recrimination. It paralyzes our republic and infects our civic debate and institutions from the national level all the way down to the microcosm of neighborhood councils.

This fear is often cloaked in the rhetoric of patriotism and freedom. The American Freedom Alliance, a non-profit organization, is but one example of this manifestation. Its mission statement says it exists to “promote, defend, and uphold Western values and ideals.” It’s one of many groups that sponsor anti-immigrant and anti-Muslim conferences, publications and networking groups. Its members are critical of multiculturalism and say that diversity is killing Western civilization and its values. They use the United States Constitution’s First Amendment as a shield to protect racist speech.

Not unlike Richard Bertrand Spencer, the American neo-Nazi and white supremacist who used the “free speech” issue to cause conflict at UC Berkeley, AFA uses the false narrative of “defending freedom” to promote racism. This sounds good to a lot of people until they look closely at their core beliefs.

Spencer, if you  recall, is president of the National Policy Institute and the head of the Washington Summit Publishers. The names sound innocent enough until you actually read what they publish. Spencer rejects the labels of “white supremacist” and “neo-Nazi.” He considers himself a white nationalist or a white identitarian — the equivalent of a “Zionist” for white people. These labels are much easier to hide behind.

Dr. Karen Siegemund, on the other hand, is the president of the AFA, and like other right-wing white nationalists, she claims to be a victim of discrimination. Here we see how convoluted the civic debate has become about civil rights in America. Siegemund was fired from her teaching job at a private school after speaking at The Left’s Long March, a conference on defending Western Civilization. Actually  her contract was canceled because the teachers at this school don’t have a union and she works like many other non-union teachers on a yearly basis. She might now wish to reconsider Western history to include labor studies instead of right-to-work ideologies, but still she is being honored as a “hero of conscience,” by her own organization in Los Angeles in August.

This kind of twisted narrative folds back 50 years of civil rights progress in this country. One might assume some of these issues were settled with the election of Barack Obama as president, but no. His presidency only brought out the latent looney bigotry from the shadows of our society and then was encouraged by Donald Trump who brought us Spencer inspired uprisings at Berkeley, Tiki torch marches in Charlottesville, Va. and the discovery of white nationalists right here in the South Bay area of Los Angeles.

Three members of the Rise Above Movement, a violent, racist organization based in Southern California, were charged under a federal anti-riot statute with planning and then carrying out assaults at 2017 pro-Trump rallies in Huntington Beach, San Bernardino and Berkeley in the volatile months after Trump’s election. Their case was ultimately dismissed, but like those in the South who still wave the Confederate flag, they continue fighting for their “lost cause.”

Strangely enough, the fear and hate narrative comes home in perverse ways locally ­— making victims of the innocent and accused bullies out of the defenders. I have experienced this personally with the Saving San Pedro anti-homeless antagonists as they storm the halls of neighborhood council meetings, leaving volunteer council members shell shocked. Some are still suffering from post-traumatic stress from the social media harassment and confrontational intimidation tactics used by the social media group. Their tactics remind me of juvenile high school hazing and worse.

I learned long ago that the only way to stop bullies like these are to stand up to them, look them in the eye and tell them you aren’t afraid of them. That takes courage — something that is in rare supply these days, but is embedded in our human psychology. You find it on the shelf just beyond the fear factor that has helped us survive the worst of times. It’s there if you turn on the closet light and look for it inside yourself.