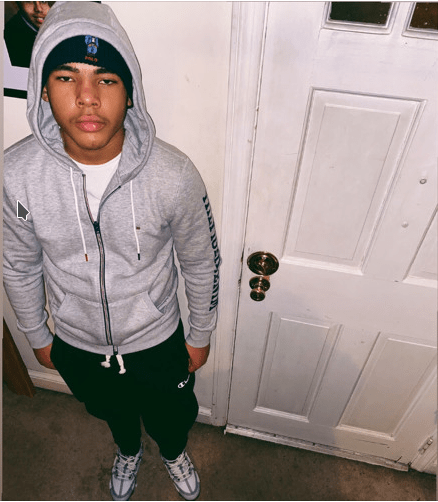 Derrick Fuller, aka Deuce Banga, was only five years old when his stepfather was shot in front of him. Fuller was sitting in the backseat when he was killed.

As the young boy fled the scene, the killer named “Deuce,” a name that would mark his path as a rapper.

Fuller, now known as Deuce Banga was born in Wilmington, Del. When he was 11 years old, his cousin, Jordan Ellerbe was shot and killed at the age of 16 in a drive-by shooting.

Following the shooting, Fuller said that his hometown experienced a rise of gun violence amongst young teens and the fear of shootings in the gang wars escalated.

“It’s crazy in my hometown,” Fuller said. “I had situations where I was on a bus and then

there was a whole shootout.”

When Banga was 13, he was very excited for his voice to be heard, so he self-promoted the song through word of mouth and managed to get 3,000 SoundCloud streams. It was not easy since he did not get any help or promotion from anyone.

Deuce Banga, who is now 16-years-old, currently resides in Huntington Park and is heavily influenced by the rapper Nipsey Hussle.

Besides being a rapper, Hussle was an entrepreneur and a community activist. He was shot outside his Marathon Clothing store on March 31, 2019.

Banga raps about his own traumatic experiences in his songs and believes that if his cousin had never been killed, he would not have started to write and begin his passion for rapping.

“Gun violence still plays a pretty big part in my life and I try to distance myself and focus on music,” Banga said. “I had to learn how to maneuver right and as I got older, I tried to explain all of this in my music.”

His lyrics, which Banga understands can come across as violent, pose a deeper meaning to express his past trauma and the environment he was raised in.

With the tragic passing of Hussle and growing up with his music, Banga decided that he wanted to follow in his footsteps by creating music that explained the realism of gun violence and to inspire others.

“Nipsey was a big influence in my life,” Fuller said. “He always stood out because he was real and he wasn’t all about violence but helping people and his community.”

Banga aspires to be like Hussle one day. Banga’s very first studio track was a tribute to his late cousin titled, onetwentythree.

Banga came across an article of how Nipsey once sold 1,000 cd’s for $100 dollars each and even had Jay-Z, another rapper, buy 100 copies. The article that he read inspired him to form a plan for the year 2020.

Banga is donating $100,000 of the proceeds to a charity of Lauren London’s (Nipsey’s wife) choosing, and $100,000 will go towards opening an immediate start-up business in Nipsey’s neighborhood. The remaining proceeds will stay with him and be used for his rap career. He is currently halfway to his goal. He hopes with this article, it’ll get him even more exposure from a well-known artist.

“I know if I get that much publicity, then I’m definitely going to be able to reach her,” Banga said.

Banga doesn’t know London personally, but he knows some artists that have connections to her so once he achieves his goal; he’ll be able to give the money to her.

He knows that getting more exposure as an artist means being able to budget. Banga wasn’t happy with just his friends and family listening to his music, he wanted more people to listen to his music. He was prepared to fail but his gut was telling him that he will win. With the help of 2econd, a Los Angeles based rapper. Banga convinced him to record several tracks for the promotional effort. Banga heard the first two songs and simply said: two is all we need.

Since he has gone through gun violence, he recommends for others to talk about it in order to cope.

“You need to vent about it, you can’t just keep it in,” said Banga. “I know my problem, personally, I try to keep it in and it does not help at all. That’s why I try my best to express it through my music because it is a lot to go through at a young age.”

Although his friends and family support him, the only person that is helping him with his career is his manager.

“I really don’t have anyone helping me,” said Banga. “It’s just my manager and me.”

With his self-promotion, he is currently at 6,000 pre-sales and hopes that his music will impact youngsters like himself in communities who have faced similar violence in their lives to focus on what they’re passionate about and push through obstacles. His music can be found through his Soundcloud account.

Banga still uses the support from his community in his hometown of Delaware and the legacy that Hussle has left behind to help heal from his past experiences of violence and to pay tribute to those who have fallen victim to it.

“I’m trying to tell a story through my music but also give a voice to others who have lived a similar life like mine,” Banga said. “I want it to be something to relate to and become a good impact so that others can see that there are positive outcomes they can choose from instead of turning to negativity.” 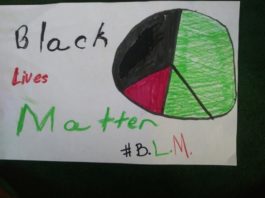