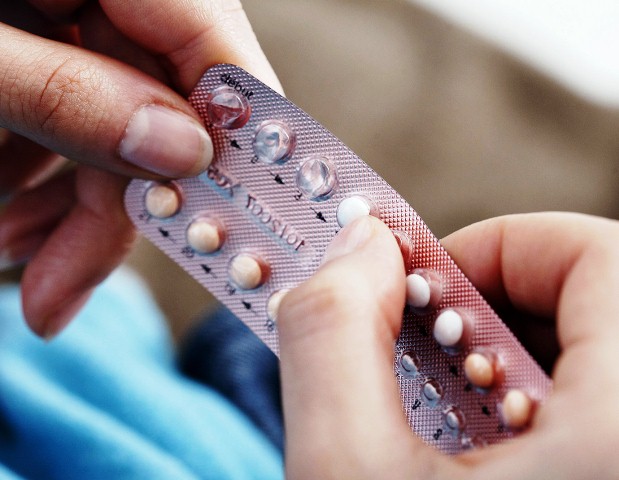 Women’s right to access abortion is a precondition for women’s emancipation — their right to control their own bodies, to choose whether to bear children, when, and how many.  Securing this right is in the interest of all workers because it makes it possible for men and women to unite in common struggle as equals. In 2018, a coalition of anti-abortion groups initiated more than 200 actions across the country that called for the federal government to end Medicaid reimbursement to Planned Parenthood for birth control, cancer screenings, and other health care. President Donald Trump has said he would support such a measure. A ban on federal funding for nearly all abortions has been in place since 1976, renewed every year by Congress, whether controlled by Democrats or Republicans. Even while it is legal, the right to abortion is under attack. Since the U.S. Supreme Court’s Roe v. Wade decision in 1973, women’s access to abortion has been steadily chipped away. Anti-woman, religious, and anti-working-class forces have fought relentlessly to impose waiting periods, parental consent laws, denial of insurance coverage, restrictive time limits, and other arbitrary regulations. They’ve driven the abortion procedure out of most hospitals and passed restrictions that shuttered abortion clinics, making it more difficult for working-class women, especially in rural areas, to get an abortion. Many medical plans no longer pay for abortions.

“The Title X program provides affordable birth control and reproductive health care to people with low incomes, including those who couldn’t otherwise afford health care services on their own,” Vasquez said. “The program has received bipartisan support from Congress since its inception — until the Trump-Pence administration.”

Vasquez noted that the Trump administration has imposed a gag rule that bans doctors across the country in the Title X program from telling women how they can safely and legally access abortion. The new rule makes it impossible for patients to get birth control at places like Planned Parenthood and it prohibits doctors from giving women full information about all of their sexual and reproductive health care options.

The rule puts health care at risk for 4 million patients — 41 percent of whom get their care at Planned Parenthood, including at the Los Angeles offices. Planned Parenthood California serves more than 700,000 Title X patients.

Vazquez says that as long as the gag rule is in place, Planned Parenthood LA would not participate in the Title X program citing their ethical obligation to their patients. She noted that gag rule would mostly impact communities of color (21 percent identify as black or African American. 33 percent identify as Hispanic or Latino).

Flint said there are two ways services in the Los Angeles area can be impacted. The first, clinics limit their services or closing their doors completely; the second way is through funding cuts to the program doing the important work of providing sexual and reproductive health education.

“For example … Black Women for Wellness, wouldn’t have the same type of funding to work with young black teenagers around healthy relationships, reproductive and sexual health care and reducing unintended pregnancies,” Flint said.

“Today what we see is not only a systematic effort to limit access to reproductive and sexual health care by changing the rules around the Title X policy and other funding sources but a concerted effort to weaponize the federal government against abortion access to women in every way possible. This includes denying abortions to undocumented women in the custody of ICE, or dictating what words are off limits for federal health employees to use, or not funding or defunding important research around abortion access.”

Services can be impacted in L.A. by direct services with clinics either closing their doors are limiting services or cutting funding of sexual and reproductive health education in communities and schools.

There’s a lawsuit involving Crisis Pregnancy Centers before the Supreme Court that could make it much harder for low-income pregnant women to learn about their options. The centers present themselves as full-service women’s health clinics, but are actually deceptive fronts for anti-choice organizations that mislead, frighten, and pressure women at a vulnerable time.

This fight is worldwide — hundreds of thousands are marching in Ireland, Argentina, Poland, Kenya and elsewhere. These actions demonstrate the possibility — and necessity — of organizing a broad public campaign of action, country by country, state by state, to push back the growing array of restrictions on women exercising their fundamental right to control their own bodies.

The biggest problem in defending abortion rights is the failure of women’s groups to mobilize women and men to defend this gain. They tell us to keep quiet, to vote for Democrats who will look out for us, but they also have cut back access. This mistake has emboldened those who are determined to deny women their rights. Working people must take the moral high ground and fight for the advancement of all humanity. Defending women’s right to choose abortion is a central part of that fight.

This underscores the importance of mobilizing in the streets as opposed to just lobbying or voting.