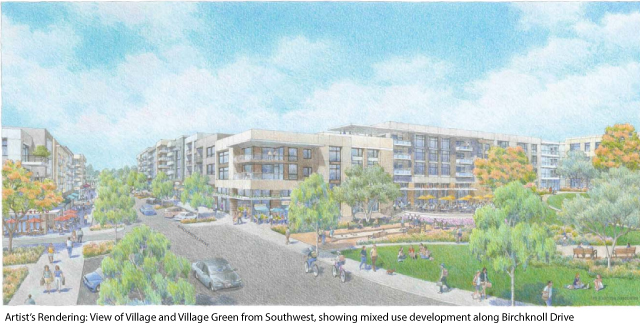 For the third time, the City of Carson is taking legal action against California State University, Dominguez Hills due to a plan to develop a piece of university property. The city continues to argue it should be designated the lead agency for conducting the required environmental review of the proposal to build thousands of square feet of retail, industrial and business space; more than a thousand residential units are also proposed. The developments would be on the east side of the 344-acre campus, which is located entirely within Carson city limits.

The most recent case was filed in Los Angeles Superior Court on Jan. 24, and a pre-trial conference is scheduled for May 22. Besides CSUDH, defendants named in the lawsuit include California State University and the State of California, acting by and through [Governor Jerry Brown’s] Office of Planning and Research and Kenneth Alex, the office’s director.

Two previous lawsuits ended with the Planning and Research Office determining the university as lead agency for the environmental impact report.

The controversy involves an updated university master plan for the eastern third of the campus. It includes a “University Village” that would consist of up to 2,000 market-rate residential units, 94,300 square feet of retail space and 721,188 square feet of industrial and business parks.

“Because CSU and/or Cal State Dominguez propose(s) to engage in development or facilities or improvements which are not exclusively related to educational purposes, the same are therefore subject to the City’s plenary land use authority,” the lawsuit reads.

The city’s argument also maintains the university must be compliant with the city’s building and zoning ordinances.

A city staff report further argues the university has a conflict of interest and that Carson should be designated the public agency with general land use authority.

Echoing this theme in a recent Random Lengths News editorial, Carson’s mayor, Albert Robles, complained the development is not being undertaken for exclusively educational purposes and “this massive for-profit project obviously must be extensively reviewed for its impacts on the city.”

“The City’s legal actions have had no effect on our planning,” Jay Bond, a planning consultant at the university, responded via e-mail. “The city attempted to stop us from developing the EIR, but the courts have said we can continue.”

According to a financial impact analysis the university shared with the city at an Oct. 25, 2017 meeting, the University Village development could generate as much as $1.9 million in annual tax revenue for Carson.

Bond further commented the purpose of an environmental impact report is to analyze impact upon the community, “We will also be responsible for our fair share of the costs involved in mitigating any negative impacts. While the benefits of University Village will be available to the community, the ultimate beneficiary of the development is strictly the educational mission of California State University, Dominguez Hills.”

The university’s master plan may be accessed via the following links:

Lyn Jensen
Lyn Jensen has been a freelance journalist in southern California since the 80s. Her byline has appeared in the Los Angeles Times, the Orange County Register, the Los Angeles Weekly, the Los Angeles Reader, Music Connection, Bloglandia, Senior Reporter, and many other periodicals. She blogs about music, manga, and more at lynjensen.blogspot.com and she graduated from UCLA with a major in Theater Arts. Follow her on Twitter, LinkedIn, or Facebook.