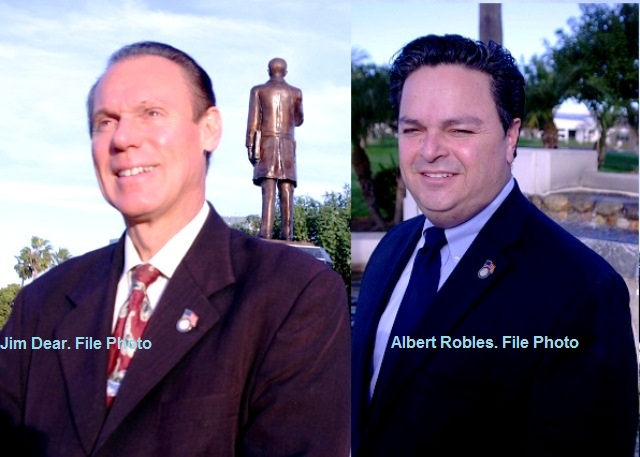 Both Familiar Faces, New Ones on the Ballot this November

In the general election on Nov. 8, citizens of Carson who have registered to vote will cast ballots to select the city’s mayor and two city council members. Both offices are four-year terms.

The Office of Mayor

The candidates for mayor are Jim Dear and Albert Robles.

Mayor of Carson from 2004 to 2015, Jim Dear told Random Lengths News that some of his top priorities are public safety, economic development and affordable housing. He believes his experiences as mayor will help dvance those goals.

Dear coordinated with the Los Angeles County Sheriffs in Carson to create a Park Enforcement Team and Volunteers on Patrol program.

He encouraged the development of restaurants in Carson, along Avalon Boulevard and Carson Street such as Carson Buffet, Chili’s and Starbucks. Between 2009 and 2014 he discussed converting a 157-acre lot, next to the 405 freeway, into an outlet mall. During that period the land was owned by the Hopkins Group and LNR Property. After the Carson Football Stadium Proposal failed earlier this year, plans to develop an outlet mall have resumed.

Dear said he wants affordable housing developments to be for families and seniors with stable incomes. He doesn’t believe that Section 8 housing should be given emphasis. He considers the new housing development on the corner of Marbella Avenue and Sepulveda Boulevard to be a good fit for the city and he wants to see more projects like that.

Dear created commissions for civic engagement and women’s issues. He separated the Environmental and Beautification commission into two.

In 2015, Jim Dear was elected to serve as Carson City Clerk. Soon after he took office, Carson employees accused him of misconduct. Those employees alleged that he made racist comments, planted a spy in the clerk’s office and verbally abused employees.

Dear was aggressive during a recorded Carson City Council meeting. He interrupted the appointed mayor, Albert Robles, and accused him and Councilwoman Lula Davis-Holmes of illegal council actions. Dear also threatened to sue them.

A campaign to recall Dear from his position was funded in part by Dear’s political rivals, Vera DeWitt and Mayor Albert Robles.

Dear was recalled from the office of city clerk in a special election earlier this year.

Albert Robles was elected to the Carson City Council in 2013 and appointed mayor in 2015.

During his mayorship, Robles helped implement the Carson Street Master Plan, a major improvement project of Carson Street, which is still ongoing to this day.

He also negotiated with the Macerich development company to construct an outlet mall on the failed NFL stadium site. The mall is expected to generate $4 million in tax revenue per year and almost 2,000 permanent jobs.

This past June, Robles successfully worked with council members to pass a budget on time, which has not happened in almost a decade.

Earlier this year he was accused of sexual harassment by former Carson employee Monette Gavino. But Gavino dropped her suit against him before she was subject to questioning under penalty of perjury.

Robles stresses that he is an educated man. He earned a bachelor’s, master’s, and juris doctorate degree. He was also awarded with a merit scholarship at USC.

He has worked as a staff assistant to a U.S. representative, a lawyer, a college instructor of business law and a manager for a business. 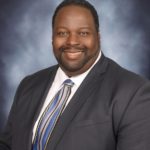 Cedric Hicks was appointed to the city council in April 2016 after Donesia Gause abdicated her council seat to retake her seat as the city clerk after Dear was recalled. Before that, he was the director of Community Services for Carson.

Hicks also worked for Compton in various capacities, including police officer and assistant city manager. He has been a public employee for a total of 30 years, but his position on the city council is the first time he has had legislative authority.

Hicks focus is on youth.

In Compton, he worked in programs meant to keep children away from drugs, in school and out of gangs. While a staff member in Carson, he successfully lobbied the city council to remove drinks with high amounts of sugar from vending machines at parks and other city facilities. Water and drinks with less sugar are available now.

As a councilman, Hicks helped secure a $400,000 grant to install outdoor fitness equipment at several parks.

In 2015, Hicks was a part of a team that represented Carson at a conference which gave out the All-America City award. The award recognizes innovative ways communities solve their problems. Carson became one of the winners because of the city’s Gang Diversion Team and related programs that support vulnerable young men.

Hicks is a member of the alumni board at California State University Dominguez Hills. He believes the education system is not adequately preparing young people for jobs in the trades. He is lobbying the university to provide more trade programs.

The economic development of Carson is also important to Hicks. He said the 157-acre site of the proposed outlet mall is a major resource. He said the mall has the potential to be akin to L.A. Live. 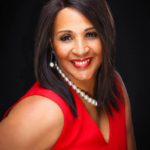 Charlotte Brimmer is the business commissioner for Assemblyman Mike A. Gibson and the veterans delegate for State Sen. Isadore Hall. She was on Carson’s planning commission for eight years. And she was the project manager for the Watts and West Valley branches of the Los Angeles Community Redevelopment Agency.

Brimmer said that her work has given her extensive policy and procedural knowledge, which she will apply to economic development and urban planning in Carson, if she is elected.

Brimmer ran for the Carson City Council in 2013. When she got to know the people of Carson on an individual level, Brimmer said she realized that making their voices heard is as important as knowing how to implement policies and manage programs. Despite not being elected in 2013, she continued to engage the community.

Brimmer said the concerns of veterans are particularly important. For the past few years, she helped put on a job fair for veterans at the StubHub Center. During the 2015 and 2016 fairs, 150 veterans were hired.

Brimmer said that while campaigning, she observed that there is division in Carson along cultural and ethnic lines.

Many Carson residents have expressed disdain for fracking to Brimmer, and she understands that.  But she also wants citizens to have perspective. She characterized Carson as an oil town, and said that the oil industry needs to be involved with updates to oil policy in the city. 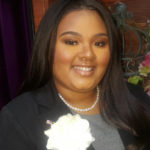 Tavonia Ekwegh is a nurse whose duties include policy advocacy and developing quality assurance processes.

If she is elected to the council, Ekwegh will focus on making government more transparent and improving public health, social justice and education in Carson.

She believes that a higher health literacy will allow residents to combat premature mortality and complex morbid conditions.

“It’s no secret that a number of Carson residents have been afflicted with various forms of cancer due to asbestos exposure and toxic oil found underground,” Ekwegh said.

Ekwegh wants to ensure that Carson residents are accurately and concisely informed about environmental and health issues. She also wants the council to build partnerships with local health care organizations. 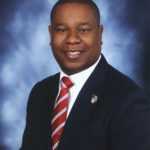 Jawane Hilton was elected to the Carson City Council in 2015. Prior to that, he was a member of Carson’s commissions for human relations and public safety.

Hilton founded the Challenging Minds Academy for Media and Technology and the City on the Hill Church. Challenging Minds is a school that focuses on at-risk youth. Hilton was also the former director of the Center for Community and Family, a nonprofit organization.

Hilton said his work on the City Council this past year promoted future developments in Carson with regards to parks, restaurants and retail space. He worked other council members to manage tax dollars in a way to sustain a $22 million reserve fund. 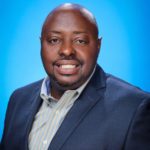 Jones is the vice president and co-owner of E-Nor Innovators, Inc, which provides services for construction projects.

Jones takes pride in operating a small business in Carson. He grew his business from two to 50 employees in seven years, and considers that a demonstration of effective leadership.

Environmentally, Jones wants Carson to do a better job of protecting ground water by banning fracking and monitoring the air.

To make the city safer, Jones plans on encouraging Sheriff’s deputies to form better relationships with residents. He would also like to expand services for seniors, special needs families and veterans. 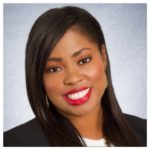 Murdock plans to ensure Carson residents actually see city services in action. As a councilwoman, she plans to put pressure on the city to fix potholes, maintain parks and expand public safety. At the same time, Murdock wants to be fiscally responsible. She would do so by strategically using the Utility Users’ Tax fund. 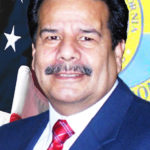 Raul Murga supports the rights of mobile home owners and renters. He is the president of Homeowners Against Rent Decontrol. He was also the President of the Homeowner’s Association for Imperial Carson Mobile Estates and a commissioner for mobile home affairs.

Murga said he is committed to mobile home residents because they make up the bulk of affordable housing in the city.

In 2016, Murga worked with the Homeowner’s Against Rent Control to demand the Carson City Council to adopt new mobile home zoning laws. The council has not done so.

He observed two violations of California’s Brown Act by the council. (The act is supposed to ensure that the public can participate in the city government’s legislative process.) In both occurrences, topics were discussed without public notice.

Murga sent formal complaints to the Los Angeles County District Attorney’s Office. The office acknowledged that the council was in violation of the Brown Act.

“But because the ‘Brown Act has no teeth,’ the council was given a slap on the wrist,” Murga said.

Murga discovered evidence that Albert Robles testified before the Carson City Council as a representative of the Water Replenishment District. He provided the evidence to the Los Angeles County District Attorney.

Murga said that the construction and redevelopment of Carson Street has been poorly planned, especially with regard to disabled citizens and seniors. He thinks they will be disadvantaged by improper sign placement. 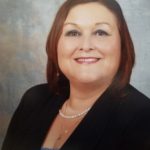 Ramona Pimentel is a Carson planning commissioner. Prior to that, she was on the environmental commission. She wants to use her experience to advance economic development and safety, with emphasis on the south side of Carson.

“When it was first built, Scottsdale was the place to be,” Pimentel said. “Now it’s rundown. That [part] of town has no representation.”