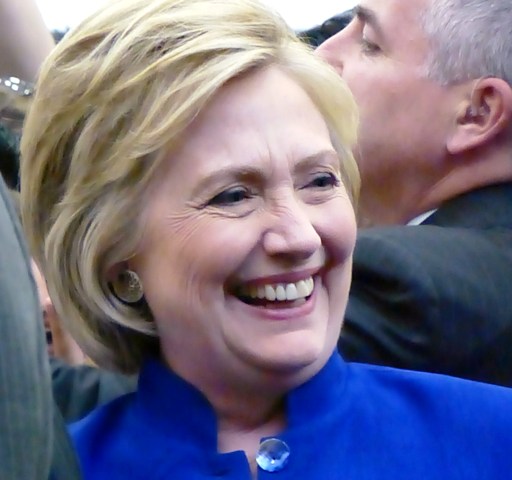 On June 6, in a last-minute effort to sway California voters in this year’s primary election, presidential hopeful Hillary Clinton scheduled “Get Out the Vote” stops in Lynwood, Los Angeles and Long Beach.

Ramped up security activity, crowds of people and traffic congestion heralded the rally at the Long Beach City College Liberal Arts Campus. Thousands of supporters started lining up at 7 a.m. and waited hours in the hot sun for a glimpse of the contender.  Only 1,600 were allowed into the crowded gymnasium at 6 p.m., said Long Beach Deputy Fire Chief Rich Brandt.

About 10 Bernie Sanders supporters demonstrated with signs, while Military Families Speak Out made their presence known with signs and chants about ending wars.

Clinton focused on the key issues of raising incomes for California families, lowering health costs, improving education, climate change and the environment, equal pay and womens’ rights, marriage equality and affordable college education.  Regarding over-incarceration and mental illness, she stated that no one belongs in prison for sickness or drug addiction.  She said that one of the first issues she plans to tackle as president is immigration reform.

Clinton’s comments about her Republican opposition, Donald Trump, were summed up in her statement: “He is not mentally fit to run this country.”