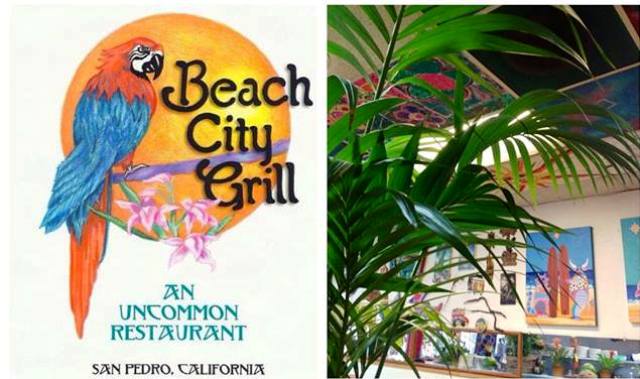 Beach City Grill has long been on my radar. Since its grand re-opening several months ago, I’ve been eyeing it closely, eagerly anticipating my nostalgic reunion with the cozy eatery.

When I was a little girl, I would beg my parents to take me there. It wasn’t like the other “adult restaurants,” where I would have to sit quietly and stare at barren walls or doodle on my napkin until my grilled cheese sandwich finally emerged from the depths of the kitchen. It was a magical place. I loved everything about it. The eclectic ambiance, the iconic beach towel table clothes, the heavenly desserts and what seemed to be an endless basket of piping hot Cajun sweet potato fries. I lived for those fries; they were made of dreams.

More than 20 years later, I returned to find that very little has changed. I’m actually OK with that—in fact, it’s what I was hoping to find.

The place is cozier and much smaller than I remember, but I felt comfortable and content sitting alone in a booth, my gaze shifting back and forth between the fish tank and the open air kitchen. The menu is generally the same. A little Cajun, a little creole, some Cuban and Caribbean, but mostly it’s international comfort food. Popular items still include the seafood gumbo and the jambalaya. The Gumbo ‘Ya-ya’ is a combination of both the gumbo and the jambalaya. It was hearty, comforting, spicy and had just the right amount of dirty rice. Some portions tend toward too large, but I found myself wanting a little more for the soft tacos.

The dessert list is long enough to sustain a separate business all on its own. The variety of pies, cakes and the ever-popular Death by Chocolate is enough to send anybody over the edge and right into a food coma.

What I particularly like about Beach City Grill is that the menu is diverse and interesting, with something for just about everyone. Where else in the Harbor Area will you find a Cuban medianoche pork sandwich (a classic after-hours snack popularized by club goers in Havana) and shrimp divi divi, which tweaks a Caribbean-style dish with Indonesian peanut sauce? You won’t.

This restaurant is a role model for risk taking—regardless whether it’s Zagat-rated or not. No chef should shy away from a challenge or pushing the status quo. There is no shortage of Thai, Chinese, Italian and greasy spoon, hole-in-wall places this side of the harbor, so the question becomes: What is your restaurant going to do differently?

I borrowed some garlic fries from a table next to me and didn’t return them. I wouldn’t go too hard on those fries for a date night, but if you’re out with friends or (somewhat) comfortable with your significant other, you might find they’re worth their weight in gold.

Beach City Grill is unlike any other restaurant in the area and the food is good. But honestly, I felt like something was missing since my visit more than 20 years ago. I miss Larry Hodgson, the original chef and owner who opened the restaurant.

I miss his passion—an ingredient often taken for granted. Dishes should be seasoned with just as much salt and pepper as they should be with a zest for cooking, plating and pleasing others. This is not to say the new owner does not exhibit those qualities, but I find it challenging to compare the two now. Or, maybe I just miss my childhood? Well, it’s nothing another slice of Death by Chocolate won’t fix.