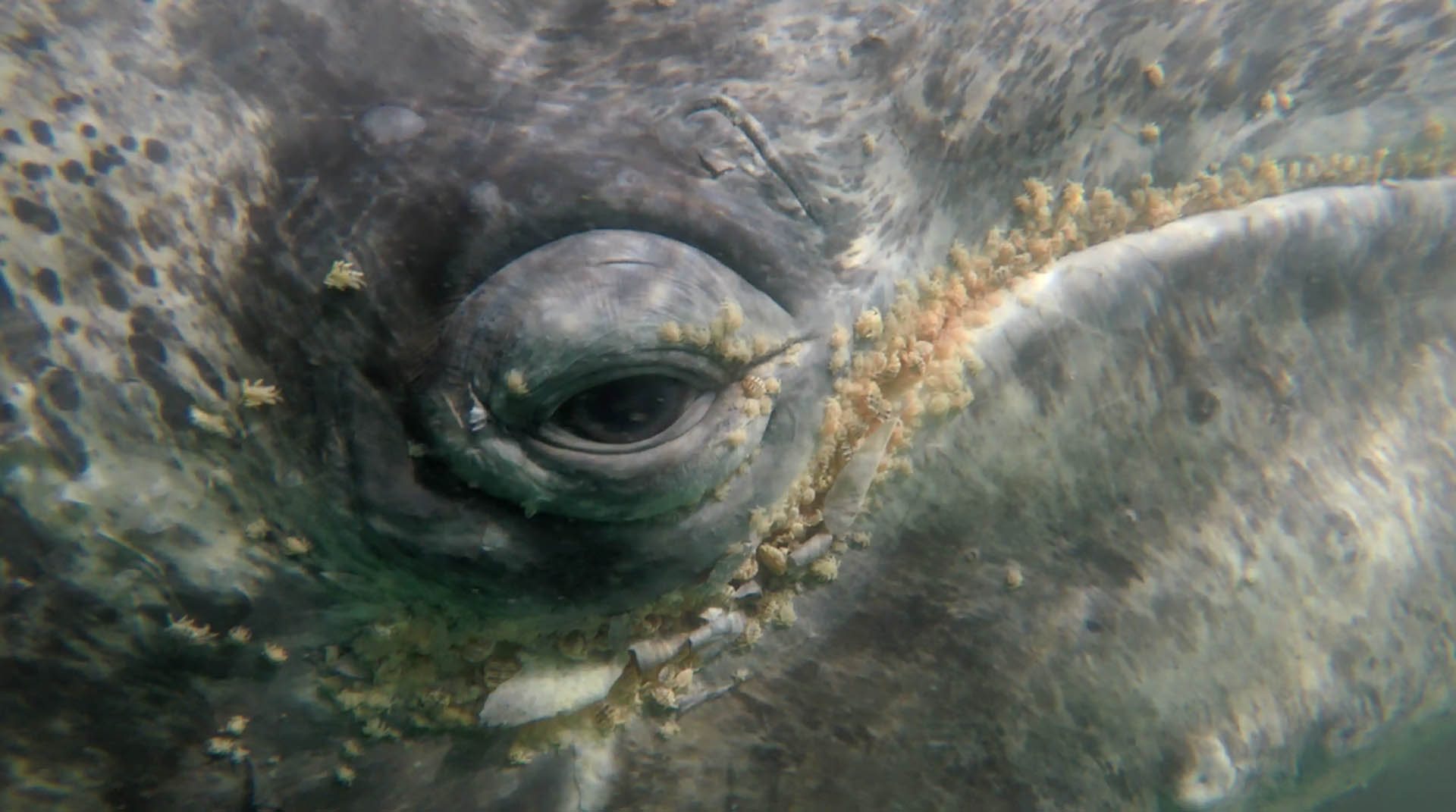 How a Migratory Pit Stop Became a Destination

In the 1970s, the pair would travel to dead stranded whales to strip them of skin, blubber and meat and transport their giant skeletons to the Natural History Museum of Los Angeles County. They even excavated a California gray whale fossil discovered 150 feet above sea level near where the Harbor Freeway meets the port in 1971. This was long before the history of gray whales was well-documented, before it was known that San Pedro Bay was once, and still could be again, a spawning area for the giant leviathans.

Today, the Cabrillo Marine Aquarium takes an annual boat trip to Scammons Lagoon in Baja California for whale enthusiasts and marine biologists to study the end of the 10,000- mile annual round trip migration.

Gray whales travel each year between their winter calving lagoons in the warm waters of Mexico and their summer feeding grounds in the cold Arctic seas. Thanks to its nearshore migration route, sea-mammals can observe the gray whale along its journey at places like the Point Vicente Whale watch in Rancho Palos Verdes.

This past March and continuing into April up to six whales have been spotted swimming in the Los Angeles and Long Beach harbors, a spectacular sight in any year, but this year the whales stuck around the area for well over a month, actively feeding near the fishing pier near Cabrillo Beach in the Port of Los Angeles.

The environmental specialist at the Port of Los Angeles, Kat Prickett, noted that the places whales have been observed are places that are part of the Port’s efforts to mitigate the negative impacts of the channel deepening and Pier 400 projects.

Prickett pointed out that the port has worked with tenants to reduce water pollution and also enacted a speed reduction program, partly in hopes of decreasing collisions between cargo ships and migrating whales.

The gray whale received its name from the gray patches and white mottling on its dark skin. On the skin are many scratches, scattered patches of white barnacles, and orange whale lice. Newborn calves are simply dark gray to black, although some may have distinctive white markings that biologists can use to identify individuals.

Recently, however, a few of the whales have been showing up with mysterious white markings or tracks running in various directions across their backs — tracks that scientists so far have not been able to identify the source. The  small parallel tracks are easily differentiated from the normal crater-like barnacle scars and white blotches on the whale’s skin and are also easily differentiated from orca teeth rake marks on the dorsal hump, and more visible boat prop scars.

Alisa Schulman-Janiger, a whale expert known for her work on Amazing Journeys (1999) and Planet Earth Live (2012) had this to say about the sightings:

“In March 2015, I had encountered a gray whale mom that had exactly the same type of mysterious markings trailing all over her body (plus prop scars and killer whale tooth rakes) off Point Vicente (also seen in Ojo de Liebre in Jan 2015). We had a long discussion on possible scar origin at that time: squid experts ruled out squid tentacles as the scar’s origin; some thought mariculture equipment rollers; others suggested tiny unknown marine creatures.”

Interestingly, in March 2015, similar double-track markings were discovered on another adult female gray whale as she migrated north past Los Angeles with her calf.

The same whale had earlier been photographed in one of Baja California’s lagoons and the peculiar markings were not visible. So the tracks materialized at some point during the northbound migration.

More importantly, the whales this season that have been spotted have been slimmer than usual.

Gray whales feed on small crustaceans such as amphipods and tube worms found in bottom sediments. They feed primarily during the long daylight hours of the  summer months in the cold Arctic waters of the Bering and Chukchi seas.

Even though the inner beach at Cabrillo rarely gets a passing grade from Heal The Bay’s annual shoreline water quality ratings, there’s been significant improvement in the shallow water habitat — especially when compared with the quality of 50-feet-deep waters  just to the north. Picket noted that with the man-made sediment deposits, the shallow water habitat has become home to more invertebrate species that whales like to feed on.

watching boats on the breeding grounds.

North Atlantic and another in the South Atlantic.

in the western north Pacific.

TRUMP, INC.: What the Trump Campaign Is Up To on YouTube (Hint: It Involves Aliens, Bin Laden and Ivanka)