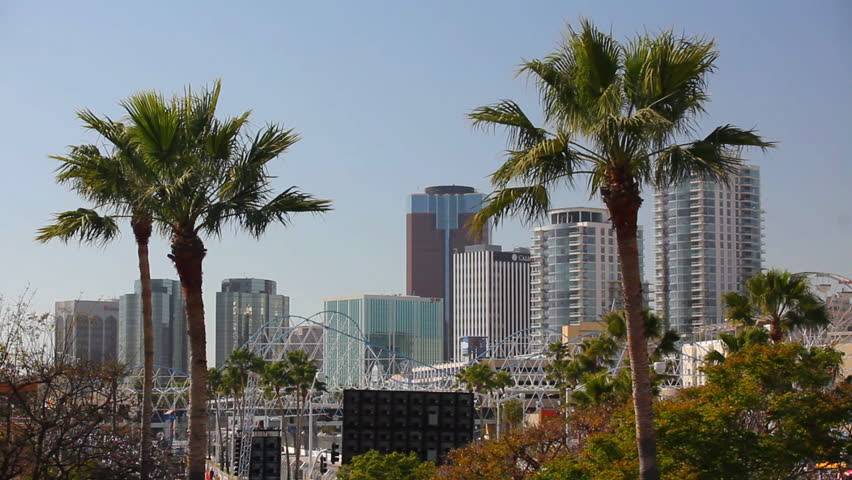 A segment of Long Beach voters won’t just be voting on their choice for a presidential candidate at the June 7 primaries, they also will be choosing the next council member for the District 2.

District 2 includes parts of the Port of Long Beach, downtown and its waterfront, Retro Row and parts of the Craftsman Village Historic District.

Whoever the district’s residents decide to lead the area, that person must be ready to take on issues such as parking, water quality, homelessness, public safety and business development, as well as citywide matters such as the airport and pollution.

Earlier this past year, Vice Mayor Suja Lowenthal decided not to run for a third term as a write-in candidate.

After the city’s April 12 primary two candidates made it to a run-off election: small business owner Eric Gray, who received 36.13 percent of the vote and community activist Jeannine Pearce, who garnered 44.72 percent of the vote. 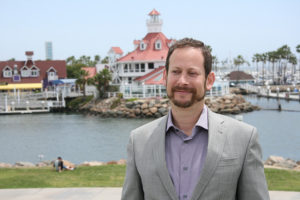 Gray is the owner of ITO solutions, an information technology business that sells hardware and software and set up networks. He has served as the president of the Downtown Residential Council and cofounded the Historic Pine Avenue Business Association, the Long Beach Music Council and Culinary Long Beach.

While Mayor Robert Garcia has not officially endorsed him, Gray said he believes he shares many of the mayor’s core values.

The 40-year-old was the first to announce his intention to run for the council district in June of 2015.

“I’m running because the city of Long Beach all the assets of an amazing city,” said Gray, who live in the downtown area of the city. “Long Beach is moving in the right direction in so many ways but we still have improvements to make as far as continuing the revitalization of downtown, working to enhance the Broadway corridor and 4th Street and 7th Street, fixing parking, and just creating a more vibrant city.”

District 2 is one of the most parking impacted districts in the city. Gray said he’d like to take a multipronged approach to parking looking for opportunities to use parking garages, adding more hash marks to delineate parking across the district, finding parking spaces in alley ways, share parking with overnight business lots and take someone from the planning department or development services to become a full-time planner and find parking citywide.

“We have a major parking problem and we need to be more bold for parking,” Gray said.

Gray describes himself as “pro-labor.” However he said he wants to ensure that the city has a balanced government, where they are sharing in prosperity.

Along with the primary and District 2 run-off election, Long Beach residents also will vote on whether to support a sales tax that would go into the general fund to help pay for public safety and infrastructure. Gray weighed in on his support Measure A.

“We do have infrastructure problems, where we need to redo our streets and our alleys and our sidewalks,” he said. “We do need more police officers and firefighters. That’s why I am supporting Measure’s A and B.

He also would be in favor of changing the municipal code to allow for youth hostels.

Gray said his experience working with the community makes him a more viable candidate for the job than his opponent.

“I’m definitely more of a visionary,” he said. “I’ve done a lot more work in the community. I understand the community groups a lot more and how we shape policy with city government.”

Find out more about the candidate at www.ericgraylb.com 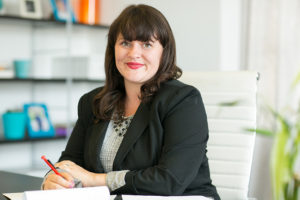 Pearce is the public policy director at the Los Angeles Alliance for a New Economy.

She has served as vice chairwoman for Long Beach’s Human Relations Committee and was a member of Mayor Robert Garcia’s transitional team. She also served as the director of the Long Beach Coalition for Good Jobs and a Healthy Community and helped start Long Beach Rising.

Earlier this past year, Lowenthal officially endorsed her candidacy.

“Suja definitely helped the district move in the right direction,” Pearce said. “We’ve added parking. We’ve also helped rebuild downtown, Retro Row…. So, I’m thrilled to have the vice mayor’s endorsement. She’s done a lot of great things but we will be very different in the way we govern.”

The 35-year-old says she wants to use her experience as community organizer to help the city move forward.

“I’m running to make sure that we have a local government that is accessible, transparent and that works for everybody,” said Pearce, who has worked on the minimum wage campaign and local hire policies. “I want to ensure that we have leadership for people who don’t have access. I’ve been doing public policy for nine years; I’ve passed five different policies in our city; I’ve helped protect our parking; and I have a great passion to make sure that people have representation.”

Pearce also recognizes that parking in the District 2 is a major issue. She said she wants to tackle parking right away.

“It impacts working families more than anybody else,” she said.

She wants to build out public transportation. She plans to use the relationships she’s built in her public policy work to help alleviate parking issues. She want to create more head-in parking and working with the tech industry to connect with the Go Long Beach app to identify parking spots for residents.

Some critics say they distrust Pearce because of her heavy support from unions, believing that she will accommodate unions at all avenues. However, Pearce does not shy away from that criticism.

“I’m very proud of my labor backing, whether you are talking about nurses, firefighters, hotel workers, truck drivers,” she said. “These are not some abstract workers who live somewhere else. They are my neighbors; they are your neighbors; they are Eric’s neighbors. They are people who live in the city and have really taken a step forward when we talk about democracy. Their process is more democratic than any other process you see outside of voting…. I will help to ensure that they have a voice at the table.”

But her support for unions does not equate to being anti-business, she said. She believes business is important to support workers.

Pearce would like bring more businesses to her district and institute more local hire policies, where veterans and youth would be considered by asking businesses to hire a certain percentage of workers within certain zip codes in the city. She wants to build relationships with businesses by doing outreach. She wants to make sure that the permitting process is easy, quick and inexpensive by working with the economic development commission.

She said she wants narrow the income gap in her district.

“We have two zip codes in the district: one with the highest life expectancy, one with the lowest life expectancy and there is difference of seven years,” Pearce said. “I want to make sure that we are enacting policies that help close that gap, expanding access to jobs, economic development and protecting our environment.

During the April 12 city primary election, only 11.5 percent of the electorate showed up to vote in the city. District 2 yielded 16.9 percent of voters. That’s a big problem, which Pearce said she wants to change through community organizing. She said she wants to achieve that by working with neighborhood associations, with residents who might not be associated with an organization, and really trying to empower residents to engage with local government more than they are currently. She also wants to go door-to-door year round and engage with residents online throughout the year, not just during election season.

She also wants to emulate how north Long Beach, District 3 and 1 is doing by using $250,000 of discretionary funds for residents to vote on how they will be used.

“If we’re engaging people every day on issues like that, then when it comes time for an election they are going to be more apt to vote because they understand that their voice is being listened to,” she said.

Pearce also points to her experience in comparison to her opponent.

Find out more about the candidate at www.jeanninepearce.com