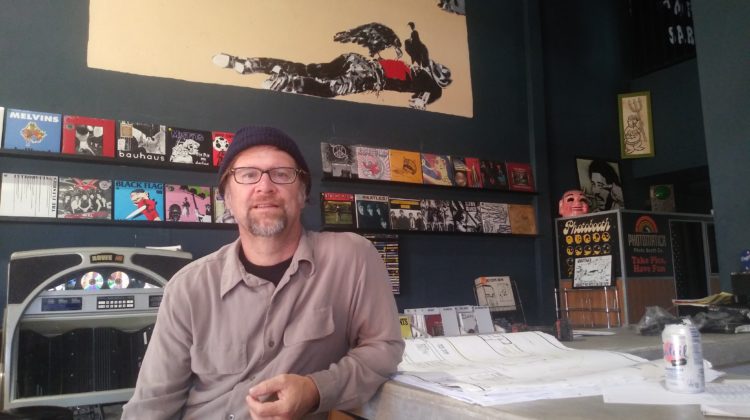 Round One — Four Left in the Chamber

Jumpstarted Plowhards decided to create five albums, Round One through Round Five, but that in itself is not what makes the band creatively unconventional. That was Mike’s idea. He’s the member of Jumpstarted Plowhards who began composing songs by sending a bass line to Todd, who would then build the music around it. Who came up with the idea to bring in a different drummer for each song? Not sure. No format was discussed.

Todd always wrote his songs by himself — except for a guitar or piano, of course — but he’d never done something like this. before. Mike sent him 15 bass tracks. This challenged Todd to come up with an idea around a bass part — because “you are confined to just that,” he said.

Fifteen songs was daunting. Todd suggested that he and Mike each take half the songs. He had his reasons — that it would sound better, be less for the listener to digest divide the bunch into two so it will sound better and would be a lot less for the listener to digest, as well as less daunting for the two of them. Mike was persuaded and they divided the 15 songs. Actually, Todd took eight tracks, and it wasn’t long before he began to see a vision. Mike suggested they make five albums first, then they would have shows. Now, Round Two is ready to go.

“[It was] like being  in jail, but that’s where you find your freedom,” he said. “If someone had described that process of making a song to me, I would think it was going to be terrible — no way it would be listenable.”

And? Is it? Listenable, that is?

Todd points out that he didn’t cut anything up or delete any of Mike’s bass parts. He emphasizes that what Mike tracked on his bass parts is exactly what’s on the record.

Todd says it came out pretty good for not missing any of Mike’s parts, but he allows that was hard to come up with something because their styles are different.

“Now it sounds to me like a band went in [the studio] and practiced and made songs together.” Todd contends. “It sounds like there’s chemistry involved.  There are eight different drummers. I feel like the odds were against us but it came out even.”

Most of the sessions took less than an hour to complete but they were a challenge because the drummers all had nothing more than a click track [what keeps the rhythm of his song and what Mike sent the bass lines with] to work with. Todd said he wouldn’t mind completing two albums each year. In part, he wants to take his time and perfect it but he also just wants to play the songs live. That’s the most important thing.

“Mike thinks music is like wine and it has to age,” Todd said. “I agree with him now.”

“Punk is such a loose term now but especially with all that Mike has recorded, this is definitely the punkest,” Todd said. “That would be credited to me.”