Drifting With a Purpose 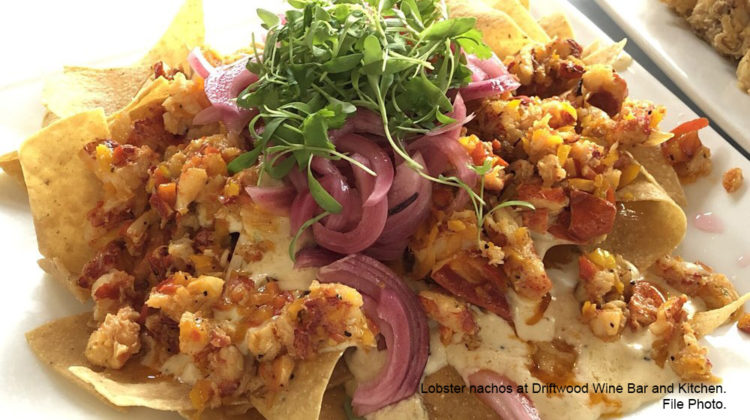 Drifting With a Purpose

A friend of mine used to work for a venture-capital firm, and part of his job were the initial interviews with hopeful entrepreneurs. He’s a soft-spoken fellow, but by all reports his meetings were terrifying. He would wave off the prepared visual presentations with their charts and graphs, affix a stare to the applicant, and ask mildly, “What do you do that needs to be done?” The ones who had a coherent answer got a sympathetic hearing, while all others were given the polite suggestion that they might want to come back when they had an answer.

When any new business opens in a tough location, one might ask the owner the same question. Hopefully, they have an answer: if not, they won’t be around long.

Deep Valley Drive in Rolling Hills Estates is one of those tough locations. It’s close to lots of shopping but has a low profile and little foot traffic; the signage on businesses is so minimal there’s no way of standing out with a flashy frontage. Workers at nearby office and medical buildings might find it convenient, but that’s not enough to build a business.

The previous restaurant at number 767 was an entirely decent but unimaginative Mexican place, and given that the Red Onion is a few blocks away, it’s a safe bet that they would have failed my friend’s question. But the newcomer, Driftwood Wine Bar, seems to have an answer. Part of the strategy is in the name. There aren’t many places on The Hill with a good wine selection by the glass and a staff that knows anything about them. The wines are balanced with a menu of creative and eclectic food at relatively modest prices, which is also not something you see every day. They pass on concept, so can be judged on execution.

The architecture of the space works against them. The building follows the contours of the hill, so the interior is divided into multiple levels, each with a few tables inside and a like number on the outdoor patio. If your idea of a wine bar is a place where you can sit at an actual bar and chat with the person who is pouring, you’re out of luck unless you get one of the few seats on the bottom level where the bar is. On the day we visited our servers knew the wine list well, so you can get some informed guidance with your selections wherever you sit.

You may want advice with your food choices, too, because the menu descriptions are so intriguing that deciding is difficult. Our party of three began with orders of deviled eggs with pickled jalapeno and bacon chive oil, clam chowder, salt and pepper calamari, and a small Driftwood house salad. On the day we dined, the salad that was being made differently than described. Their arugula hadn’t come in, so it was baby spinach mixed with grapefruit, avocado and sweet corn tossed with citrus vinaigrette and topped with toasted almonds. They might consider offering it this way all the time, because the spinach worked harmoniously with the other flavors, probably at least as well as the more bitter arugula would have. We asked for a half-order and got enough to give each person a reasonable amount. A full portion would be an ample starter for four.

The chowder was a little more interesting than the standard thanks to a few drops of chive oil that added a pleasing and slightly pungent herbal aroma. It didn’t greatly change the flavor, but was a good example of how a pleasant scent whets your appetite for whatever you eat. There was a mild bacon flavor along with the seafood, and I’d consider getting a bowl instead of a cup next time because I was still engaged with the flavor right to the bottom of the bowl.

The calamari was a favorite item done particularly well, slightly more peppery and salty than usual in the Chinese restaurant style. It was a big portion well fried, and the zippy sriracha-lime aioli was a better dipping sauce than the usual cocktail sauce.

Only the deviled eggs needed work  and even there the flavors were excellent, but the concept wasn’t thought through. The two halved eggs were topped with bacon crumbles, baby greens, and a moderate portion of very mild jalapeno jam, with a generous drizzle of herbed oil and pesto zigzagging along the center of the plate. If you wanted a bit of the flavor of that oil, though, you were out of luck. Eggs aren’t suited to picking up an oily substance, being a.) not permeable by liquids, and b.) round on the bottom, so you can’t really get much surface area into a dip without dumping what is on top. This item really should be served with some bread so you can alternate flavors and enjoy that drizzle. Unfortunately, we couldn’t signal our server for some time because another drawback of the architecture is limited sightlines. Working multiple levels from a kitchen in the middle of the building must be challenging, as well as giving the staff quite a cardio workout.

For our first beverages we selected a Golden State gingergrass cider, Strand Brewing “Driftwood Blonde” house draft, and a glass of Quady rosé wine. They may be a wine bar, but they do have a good selection of other beverages as well as sangria and a few low-alcohol versions of cocktails. The standout was the cider infused with ginger and lemongrass, which had only a mild ginger bite that balanced nicely with tart apple flavors. We hadn’t tried it before, but now that we have, we’ll be picking up a few cans for hot days when a little spicy sparkle will be welcome.

For our mains we picked fish and chips, pan-seared chicken topped with prosciutto and havarti, and an order of grilled sirloin tacos. The tacos were a tasty mess because the meat was very juicy and heaped in the tortillas, along with avocado, queso fundido, pickled red onion, and baby herbs. I know the allure of good tacos but would actually suggest offering a tostada version, because eating these without wearing them required some acrobatics. They were served with Mexican cabbage slaw and a mound of seasoned rice, and were quite a fine meal.

The chicken was a twist on the traditional Italian saltimbocca, the main difference being the use of Havarti and herbs rather than mozzarella and sage. Havarti melts a little sweeter and softer, and along with delicate herbs rather than the sharper sage it made a more subtle version of the Italian favorite. What took it right out of Europe was the decision to pair it with cauliflower that had been dusted with curry before roasting, and it was a superb choice.

The fish and chips was the only item that was served in classic style. It was very well executed, batter on fish crisp and flavorful, fries hot, obligatory coleslaw crunchy and fresh with a dash of pepper and herb zestiness. It’s a reminder that they don’t depend on novelty and can deliver on a classic.

They stayed close to traditional on dessert too, a rich chocolate pot de crème and a bread pudding with whiskey-caramel sauce that was given a tropical touch with some white chocolate in the mix and a sautéed banana topping. It was a good end to a surprisingly successful meal in pleasant surroundings.

Dinner for three with four drinks and maybe one more appetizer than strictly necessary ran $148, which is reasonable for this quality of food on the Hill. They have a concept that stands out from everything else in the area, the chops in the kitchen to deliver on it, and a staff who pitch in to overcome the limitations of the space. My friend the business consultant would give them an A, and I’m going to give them a return visit.