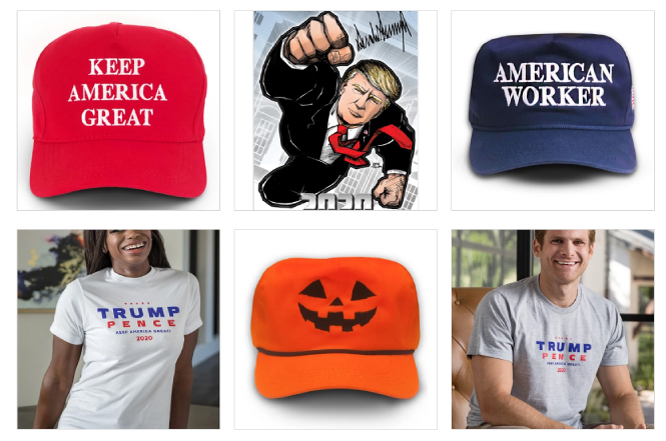 Trump Isn’t Going Down Without a Fight

Branding, not facts is at the core of his support

As the House of Representatives quickly moves forward on its impeachment inquiry — an inquiry that is gaining public support as it reaches 52 percent and disapproval ratings for the president drops to 41.7 percent — Donald Trump’s campaign launched a $10-million television ad-buy that paints the impeachment push as an effort by the Democrats to “steal” the election.

In the days immediately after House Speaker Nancy Pelosi announced the impeachment inquiry, the Trump campaign ran 1,800 Facebook ads mentioning “impeachment”— which have been viewed according to Forbes and CNN, 16 to 18 million times. Clearly he’s not going down without a fight and his social media campaigns are bound to be as deceptive and fraudulent as his twitter attacks.

Amongst all of the chaos created by this reality-TV-president, the facts and the truth really don’t matter and attempting to argue with anyone who has bought into this is like arguing with a corpse. When Republicans and the Trump administration co-opt the term “fake news” and apply it to fact-checking and any news that’s damaging to the administration, words start to lose their meaning. Even Trump’s reverse accusations of corruption in Ukraine quid pro quo scandal has started to defang the very meaning of the term “corruption.” But daylight is starting to show through the cracks in the wall of lies and deceit. Still, his core supporters are adamant in defending this scoundrel. How do we understand this?

First, the name “Trump” has been sold and traded as a “brand” for 20-some odd years, much like Coke and Pepsi. Trump has branded everything he touches including buildings, golf courses, wine and men’s wear. He has even sold the naming rights to buildings he had little or nothing to do with. And just like any other brand, his comes with certain perceived values.

In these early days of the 21st century, branding has evolved into an industry spinoff of digital marketing, an end result of 100 years of advertising, psychological research and, yes, infotainment propaganda. Trump was probably  the first to become a popculture celebrity because he said he was rich. Being on 1980s television shows like Robin Leach’s Lifestyles of the Rich and Famous, Trump’s various cameos on World Wrestling Federaion, appearances at major boxing events, his representation in cartoons and cameos on various television shows as a celebrity built upon his image of being of the wealthy elite. In this country, wealth has been equated with having the best and that their wealth is proof that they are the best. Proof outside of wealth isn’t necessary. Trump as a celebrity has often been treated as an antihero if not a villain. This is why pundits keep calling him the ultimate disrupter of politics. Trump’s fans and his supporters know who he is and voted for him because of his brand.

So, how do you get past the rational mind of the consumer and get them to respond to their gut or sexual instincts? We see it all the time explained in the simple advertising lingo of “sex sells.”  You might say that the ad campaigns are attempting to grab you in the same way Trump was caught on camera saying he grabbed women. Of course the new Facebook ads and the coming tsunami of fake advertising about the impeachment hearings or Joe Biden or Elizabeth Warren and Bernie Sanders et al. are meant to grab you there. They’re not intended to reach your brain.

So arguing with true believers about the facts of climate change, immigration, trade tariffs, Syria or the obligation of the president to follow the U.S. Constitution is a senseless exercise and a waste of good air. They will, as you’ve probably already experienced, turn all the words around on you like a tossed word salad and keep it focused on liberal elites screwing the working class. This might not be a bad argument if you just eliminated the term “liberal” and focused on “corporate elites” not paying their share of taxes, but that would only open up another endless line of circular debate and finger pointing.

The true believers are loyal to the Trump brand beyond the comprehension of the rest of us, who now represent 50 percent of the electorate. This is still not enough to persuade the gutless Republican Senate majority and a large segment of independent rural voters listening to Fox News that Trump is simply unfit for office, if not a threat to our republic. The Trump brand is like a lot of other brand names, a symbol that may not contain any substance.

What his Democratic opposition fails to do is approach this as a contest between brands, not as ideas or facts against lies but as a marketing campaign that uses information as a form of political warfare using words and images in contextualized contrast to degrade the opponent’s market share.

The one weak point in Trump’s brand has been his tax returns. Trump has been defending from the very beginning having to release them. If you’ve noticed, anytime Congress,  New York prosecutors or anybody else gets close to his “my taxes are under audit” excuse he gets a team of lawyers to fight it. Hiding those taxes are the bulwark of his claim to being a billionaire. And when his true worth is exposed, he will likely be revealed as a fraud, a scammer and a tax cheat who owes his “success” to the Russian mafia or worse some foreign potentate in Saudi Arabia. And suddenly his brand won’t mean much, if anything.

Trump’s brand is built like a house of cards with each one having his name to promote and balance one against the other and when the underlying finances are exposed with a court order and brought to the U.S. Congress the true believers will see the man who would be king has no clothes. And still many of them will be in disbelief and Trump will still fight on to the bitter end, screaming on Twitter, accusing anyone who defies him of being a traitor or worse: demanding absolute loyalty until that very moment he is indicted and convicted. Even then he will deny everything and turn the sober judgment of justice around on his accusers to exclaim his innocence against all the evidence, all the documents from whistleblowers and all of the  testimony from his former fixers, lieutenants and personal henchmen.

If by some trick or contrivance he were to get away with this fraudulent exercise in corruption and escape impeachment, and as some suggest he gets reelected, no one will ever trust America again. Not our allies, not our adversaries and not the majority of Americans who see his “brand” as an empty vessel in which to pour bigotry and hatred, all the while exclaiming that he is making us great again!