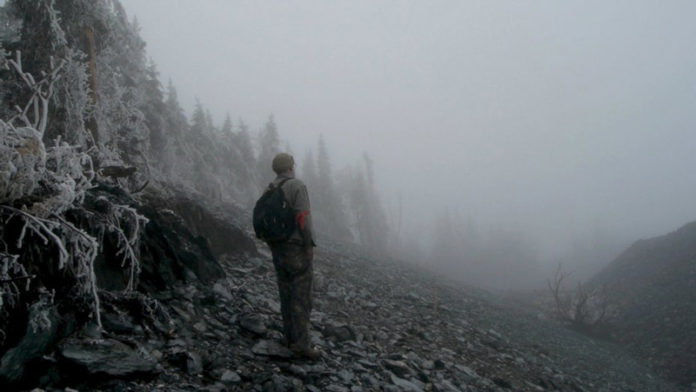 Filmmaker Michael Moore executive produced the 2019 film, Planet of the Humans. Moore released the film on Youtube for free, so that everyone could see it.  Planet of the Humans is intended to cause alarm and destroy sacred cows in the fight against climate change and the broader environmentalist movement.

Jeff Gibbs, a self-described tree hugger and early environmentalist, takes a fire axe to the belief that a profit motive and capitalism are needed to stop climate change and environmental degradation.

The former journalist lived off the grid in a cabin in Michigan, where he wired solar panels and heated the cabin by burning wood instead of contributing to the use of fossil fuels for his energy. He wrote for Mother Earth News, covering protests about mountaintop removal for coal. He also documented the ecosystem collapse and species extinction.

Indeed, Planet of the Humans concludes that no matter how many green energy options humans create, the problem of resource depletion will never be solved without reducing consumption. The film also posits that renewable energy sources, including biomass energy, wind power and solar energy, are not as renewable as they are portrayed to be. And it seems Gibbs’ “sin” is that he does not provide any plan or solution for this extreme issue. More on that later.

The film has been panned by critics for presenting outdated information and not providing dates on events Gibbs claims are important.

That’s not to say Gibbs doesn’t ask valid questions. He does.

Gibbs indicts the whole environmental movement from the Sierra Club to 350.org and its founder, Bill McKibbon. Gibbs tears down Vice President Al “Inconvenient Truth” Gore  and Virgin Atlantic airline owner, Sir Richard Branson. Gibbs argues that the that the parts of the environmental movement that chose to get into bed with Wall Street and so-called “green capitalists” are complicit in the stagnation of the movement to reduce the carbon footprint of humans on the earth

Gibbs illustrated this through CNN’s reporting that Gore encouraged Branson to invest in green energy. Branson then pledged future profits from his airline to the tune of $3 billion to fight global warming. This sounded like a great thing, then Gibbs reinforced his point in a cringeworthy scene. Gore and Branson are interviewed in a clip where the interviewer asks Branson, “Is Al Gore a prophet?” Banson responds, “How do you spell prophet?” to remarkably boisterous laughs from the three.

Gibbs argues that the green energy being pushed forward isn’t what it seemed. Through interviews with biofuels, wind and solar energy proponents, Gibbs shines a light on the disconnect between the ideas the movement’s leaders have promoted and the reality of abandoned and dilapidated solar and wind farms. This is contrasted with Gibbs’ interviews of attendees at what appears to be green energy conventions, seemingly — though it’s not indicated — discussing how wind and solar provide only intermittent energy and must be supplemented by coal power or how adding storage to the grid increases the carbon footprint.

Someone Gibbs consulted often in Planet of the Humans is Ozzie Zehner, author of Green Illusions and visiting scholar at Berkeley and Northwestern University. Zehner asserted green energy isn’t replacing coal. He believed in solar and wind energy once but now says it’s an illusion that technologies like solar and wind are different from fossil fuels. He explained, to sustain the world’s largest solar plant, Ivanpah Solar Array in the Mojave Desert, in which the mirrors were built by a company that the Koch brothers control, the facility had to burn natural gas almost daily in order to start up. The plant had to file for permits for acid rain, nitrous oxide emissions and carbon offsets. The plant was built using fossil fuel infrastructure.

Given no timeline there’s no way to tell if these claims are still accurate. But Gibbs interviews multiple people who discuss how solar is ultimately connected to the fossil fuel grid.

The second half of Planet focuses on biofuels and mass deforestation. Scenes showed massive logging operations that left land barren and indigenous people in the Amazon uprooted from their communities after their homes were burned to the ground. Brazilian President Jair Bolsonaro in 2019, annulled a 10-year-old regulation that had banned the expansion of sugar-cane planted in the Amazon in favor of producing non-food crops for corn ethanol, which has created an even larger carbon footprint.

Planet shows the biomass movement is also supported by the Sierra Club and colleges like Middlebury College in Vermont, where they have a biomass gasification system. Biomass plants highlighted in green saturate a United States map in what appears to be thousands of plants. Further, the United States exports biomass to Europe, where they also import from Brazil, Indonesia and British Columbia.

“Biomass, especially when you add in biofuels, is by far the largest portion of green energy around the world,” Gibbs said.

Meanwhile, Gibbs spoke to protesters against fossil fuels at rallies who objected to the use of biofuels.

The other issue raised in the film received only brief focus — population growth. Gibbs asserted each climate change expert he spoke to cited this issue, however, no real discussion occurred past the mention of it. Faced with how to cope with this problem — since we’re already here — it seems logical to do more with less. This point is worthy of more examination on a large scale.

In regards to the previously mentioned “sin”of presenting no solution, Gibbs offered his take on the problems humanity faces.

“It took humans tens of thousands of years to reach a population of 700 million,” Gibbs said. “When humans tapped into millions of years of stored energy [fossil fuels], our population exploded … our energy consumption exploded too, on average 10 times per person and many times more in the western world. Put the two together, the total human impact is 100 times greater than 200 years ago.

“We humans are poised for a fall from an unimaginable height not because of one thing, not because of climate change but because of all the human-caused changes the planet is suffering from.”

From here, Gibbs’ examined humanity’s problem with coming to terms with death. He spoke to social psychologist at Skidmore College, Sheldon Solomon. Gibbs presented an analogy saying, the right has religion and believes in infinite fossil fuels. The left has green energy, solar and wind, a religion in itself.

“Could it be our denial of death?” Gibbs asked. “Could it be that we can’t face our own mortality? Could we have a religion that we are unaware of?”

This led to Gibbs’ epiphany.

“If we do not come to grips with our own death and are presented with a reminder of that [climate change], we are likely to make some tragic solutions for the community,” he said.

This could be the essential reason why Gibbs made this film with no convenient solutions to offer.

“There’s only one solution,” Solomon responded. “As [philosopher, author and journalist], Albert Camus said, ‘There’s only one liberty, to come to terms with death, thereafter, anything is possible.’”

Left with this explanation, Gibbs calls on humans to live more with less. The necessary explanation or solution before ourselves is it’s up to the human race to discover and teach one another how to survive on less consumption on a grand scale in order to realize freedom from the existential threat that we created.