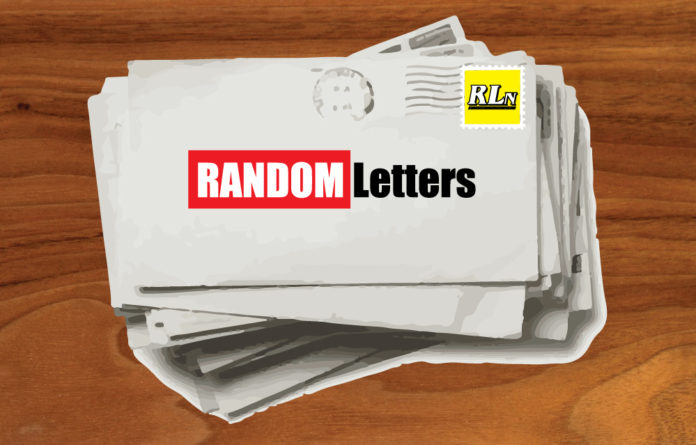 The Last AT LENGTH

I enjoyed your last column [At Length Race & Racism 6/11/20]. The history it contained was timely with our Liberty Hill gathering just weeks away. A few more points regarding the Wobblies/KKK/Upton Sinclair:

• The Klan poured scalding coffee on the legs of a 13-year old girl during its raid on the IWW’s 12th Street headquarters.

• A large contingent of Klan members from San Diego to Bakersfield marched from Front St. [in San Pedro] through downtown and assembled in front of the headquarters to intimidate the Wobblies, strongly advising against another strike in the harbor.

• After his release from jail Upton Sinclair wrote The Singing Jailbirds, a play based on his time in incarceration, mostly at the old one on Beacon and Seventh streets.

Thank You. I have mostly agreed and still do with your words. I would add racism has existed since the dawn of humans. And it is still exceedingly ignorant. There have been many previous Homo species but now the ‘modern’ world is left with only Homo Sapiens. There is only one race, the Human Race. I say “humans,” get used to it. Get real. Strive to extend humans’ existence beyond the expected 200 years before our extinction.

Many people are crying out for justice.

I don’t want no peace, I want equal rights, peace and contentment. This was the writing on my protest sign that I held up for at least an hour on Friday afternoon, June 5, 2020, at 6th and Harbor Boulevard.

I rode my bicycle up 7th Street to notice all of the boarded up glass on the different storefronts and art galleries to a bus stop on 7th and Pacific.

I’ve suffered multiple fractures on my ribs because I was assaulted. Some asshole attacked me from behind. Yet, someone came running to my aid yelling, “My friend said Jesus saved you.”

I want to thank you.

Years ago I was assaulted by an off-duty LA cop. He called all his friends in the police and had me arrested while I was limping my way home so that I could call the police to report that I had been assaulted.

I spent 30 days in jail waiting for a trial. Starbucks and Cox Cable both had video of the incident [assault].

The cops made sure the videotapes didn’t exist. Thank you to the 12 who set me free. Thank you to phones that record video. This shit’s been going on for a long time, it’s just now being videotaped.

I’m so sad that the march on 6/6/20 was taken over by the politicians and cops.

Post Script: Thank you to everyone I met at Harbor UCLA Hospital. You all are beautiful.

I’ve been waiting for y’all to show up! Appreciate your paper and your progressiveness! The Daily Breeze is nothing but a conservative one-sided, white washed news from old ways… Not sure what’s happening in this town… I get more middle fingers and inflammatory statements than support while standing for anti-racism!

On June 1st President Trump made a mockery of the Bible at the historical St. John’s Church in Washington, D.C.  Trump held up a Bible, as his message was “We have a great Country, that’s my thoughts.” Trump wanted to look in control and use the full force of the Federal Gov. to quash a peaceful protest.

Apparently, Trump had never visited this church before, as he was using it as an opportunity to promote his reelection for political gain.  Trump knows that if he does not reach out to his base who voted for him last time around, his base of white evangelicals will trash him in the November election.

People see the Bible in his hand and automatically see him in a different light. The Bible says to love God and your neighbor, which is the opposite message he is sending as he wants the military to dominate the situation in the majority of large cities that have unrest.

If Trump knew the scripture he’d know that Jesus said: “and whenever you pray, do not be like hypocrites, for they love to stand and pray in synagogues at the street corners, so that they may be seen by others.”

Trump should also remember that people have the right for peaceful assembly under the 1st Amendment.  On June 2, Joe Biden said, “We are in a battle for the soul of our nation.”

We need to come together and there needs to be restraint and solidarity.  We do not need rhetoric that continues to fan the flames causing more division.  Let us pray for peace.  Amen.

The Northern California town of Fort Bragg is in desperate need of a name change ASAP!  Sure, there will be some relatively minor expenses for residents from the municipal name change, but the cost of keeping the town’s current obnoxiously racist name will be far greater.

First of all, no self-respecting Californian could ever possibly justify or countenance any town or city in the Golden State being named after Confederate General Braxton Bragg, who was not only a traitor and a slaveowner, but an especially intemperate and incompetent military commander as well.  That name is nothing to brag about, Fort Bragg.

Secondly, why would any patriotic American want to set foot in a town named after an anti-American racist traitor to the republic, like Braxton Bragg?  Thankfully, Mendocino County has other equally picturesque communities to visit and spend our money in as tourists.

Too bad, Fort Bragg, but you’re not getting another dime from me until you change your town’s name!  Here are some non-Confederate, pro-American options for you.  Please feel free to choose any one of these as your town’s new name: