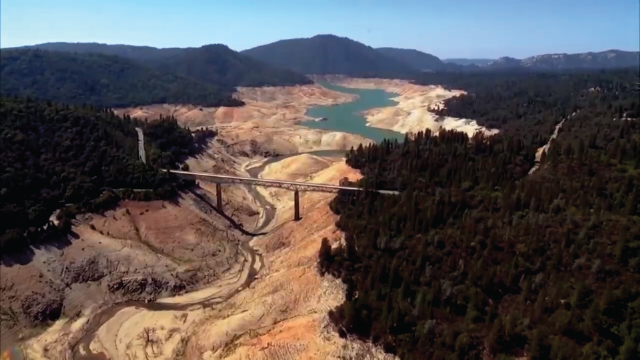 On May 29th Random Lengths published a “review of “Beyond the Brink: California’s Watershed” the most recent documentary produced by my production company, The Chronicles Group. The film is currently being broadcast on PBS stations throughout the state of California and in markets across the US.  I felt compelled to respond to the review because my specific objectives in creating the “California’s Watershed” were clearly misunderstood. Also it’s the first time I’ve ever responded to an article or review of any of my body of work, which spans fifty years as a professional. My career includes being a regional environmental planner, a movie and documentary producer and a brief stint as a mayoral candidate in Seattle.

As the Producer/Director of California’s Watershed, I’ll assume full responsibility for not clearly communicating my purpose for the film.  Quite simply, I was creating a very specific 27 minute “Call to Action” which focuses on the rapidly escalating demise of the Sierra Nevada Mountains Watershed and attempts to communicate the dangerous impact this process will have on water and food security on the State of California, the nation and the planet. It’s my perspective that California is a microcosm of the world. The Watershed has been mismanaged, exploited and abused for decades, compounded by the climate crisis that has impacted the forest ecosystem and the critical snow-pack.

I attempted to indicate the Watershed provides precious water to not only Northern California but also to one-third of the Southern California’s supply.  The Watershed is also critical to the economic stability of the State and importantly crucial to the crop-rich farms in the San Joaquin Valley. The Valley provides food to the entire nation, which clearly establishes why the demise of the Watershed is a significant National Security emergency!

I also attempted to present a brief look at the history of the Watershed, describing how the irresponsible Fire Suppression policy has evolved and led to uncontrolled growth of the forest. And finally, how the danger of the climate-warming crisis is adding to the forests’ destruction and the catastrophic fires bringing devastation and destruction to the residences in forest communities.

The film also attempts to emphasize the critical use of incorporating science into viable “green and natural infrastructure” solutions as well as establishing public and private partnerships to implement the crucial solutions.  I backed up this thesis by providing a specific example on how Yuba County, California is actually administering and applying solutions.

What really caught my attention was that the review questioned my personal integrity and credibility as well as that of the Chronicles Group.

Furthermore it questioned the Association of California Water Agencies’ (ACWA) financial support for the production and implied that ACWA had untoward influence over the production’s  content.  In response, there is an absolute understanding with all former and current contributors; the Chronicles Group has total and unquestioned editorial control of all the content in all productions. And this precondition is made crystal clear to all of The Chronicles Group’s prospective contributors.

The Chronicles Group is a small non-profit 501(c)(3) corporation and operates on a very tight shoestring budget!  Its educational productions are totally dependent on grants from public agencies and on receiving tax-deductible financial contributions from private entities in order to support The Chronicles Group’s public awareness agenda.  The basis for its support and financial contributions stems from the spectrum of its overall resumé of non-nonpartisan, public policy-oriented educational projects. ACWA and other public and private organizations have been extremely supportive and generous because they support and respect the Chronicles Group’s commitment to generating probing, educational content to inform the public about issues of vital importance to the sustainability of our planet.

The objective of this new documentary is to build upon the aforementioned “Call to Action” and to inspire and educate as to the next tangible steps needed to revitalize, restore and manage California’s Sierra Nevada Mountains Watershed.

This past week I was filming in the mountains above Fresno and the conditions are so extremely dire and it would only take a “spark” to set off a disastrous fire.  I hope I have brought some clarity to my reason for writing this piece and put to rest any unsubstantiated questions about the motives and integrity of myself and those associated with my films.  The topics I address are simply too important to be distracted from by cavalier assertions.